Today is 6 years since Ekko came to Summoner’s Rift. What are the most interesting facts about this champion?

Exactly 6 years ago, a boy who grew up on the streets of Zaun joined the League of Legends. It is of course Ekko, a hero who, thanks to his invention, can travel in time.

On the occasion of the next birthday of the champion, it is worth taking a look at the most interesting information about him. What secrets is he hiding?

READ MORE
Incredible kiting at LoL that amazed the community. What can a great ADC main do?

Ekko – The Boy Who Shattered Time

Work on the main character of the article lasted 8 months, and the creation process began after the release of Kalista. It is worth mentioning that Rek’Sai and Bard have joined LoL in the meantime.

Today the champion’s pseudonym is “The Boy Who Shattered Time”, although initially he was called “Time Slugger” and “Time Assassin”. The current title of the hero is a reference to the Japanese animated film – “The Girl Who Leapt Through Time”.

His name is equivalent to the word echo, which comes from the ancient Greek word ēchos, which means sound.

Echo is an acoustic wave reflected from an obstacle and reaching the observer after the auditory sensation of the wave arriving directly disappears. The echo sensation occurs when the delay between the direct wave and the reflected wave is greater than 100 ms. With a shorter delay, there is reverb.

In Greek and Roman mythology, Echo was a nymph of mountains and caves (oread). According to the myth, the nymph lost her voice after she disturbed the jealous Hera with her long stories from following Zeus’ loves. After this incident, Echo was only supposed to imitate someone else’s cheers. Additionally, she is associated with the myth of Narcissus, in which she tried to show her love for him, but to no avail.

In addition, the name of the champion may refer to the American singer John Stephen Sudduth, better known as Mikky Ekko, who released the album entitled “Time”. 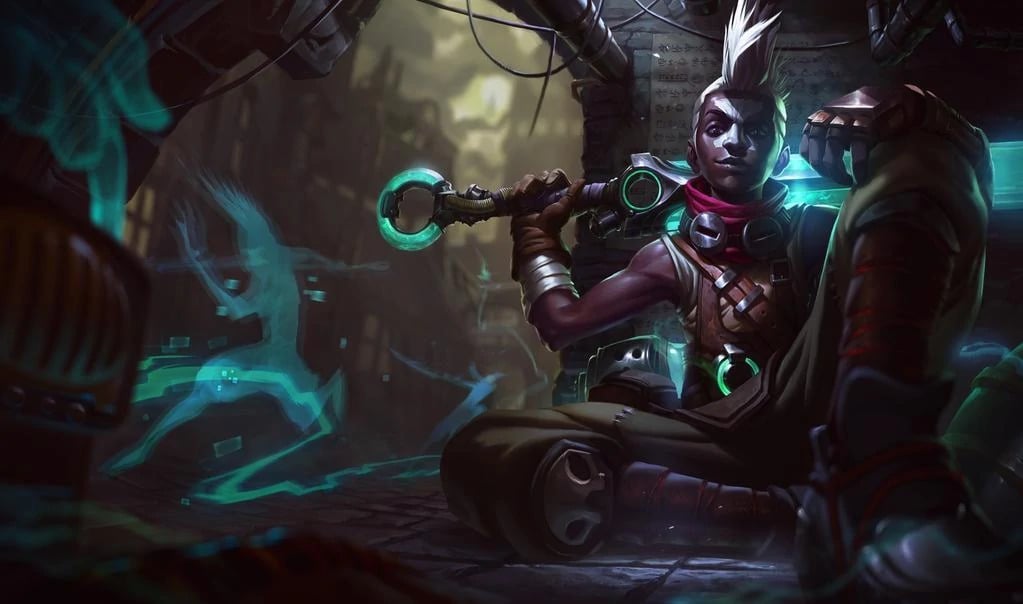 In the English language version, Ekko was voiced by Antony Del Rio.

Ekko is a genius raised in the streets of Zaun. The hero created machines at a very young age. The Zero-drive that he uses is his own invention.

As he grew up in a slum, the boy enjoys spending his free time walking through Zaun and talking to children. This shows that he wants to support the weak and protect them from evil. In addition, he is incredibly resourceful, talented, and a perfectionist. He doesn’t like making mistakes and wants everything he does to be performed as well as possible.

It cannot be forgotten that the boy himself is still a teenager. His age is estimated to be around 16. Despite his young age, he wants to improve the situation in Zaun and give it a better future.

Ekko is not the hero’s real name. It is a nickname given by his friends.

Champion’s parents are alive, but their life is not easy – they work hard all the time in the factories in Zaun.

In the past, the boy had his pet – a rat called Ogryzek. Apparently, he looked a lot like Twitch.

The champion style is inspired by the fashion that prevails in Zaun. Jinx also dresses in a similar style.

The painting on his face resembles an hourglass which refers to time, and it is also a symbol of his personality.

His weapon is the second hand of the Piltover clock tower. In addition, you can see the Roman twelve – XII. It is a sign of a Zaunnian orphan. It is worth mentioning that Vi was marked 6 – VI, and Jinx 10 – X.

To celebrate Ekko’s addition to the game, Riot has released a cinematic called “Seconds”. Contrary to popular belief, the characters that appear there are not Singed or Urgot, but characters made for the film.

An image of a child appears in the video (around 0:18). Initially, many fans claimed that this was the missing brother of the protagonist. Later it turned out to be Ajuna, the boy who was murdered in the comic book “Chronobreak”. The only memento of him is the goggles that can also be seen in the film.

Ekko’s relationship with other League of Legends heroes is really interesting. He is known to dislike Piltover people like Caitlyn and Jayce. However, he is not negative about Zilean.

Although the character comes from Zaun, he does not like many champions from this region. He claims that Singed, Dr. Mundo, and Viktor are causing trouble to the residents. But he likes Zac because he has good manners and shows his place of origin in a good way.

His connections with Jinx and Vi are even more interesting. It is known that some time ago all three belonged to the same gang, but their pack broke up. Ekko had a crush on Jinx before she went mad. All three are marked with Roman numerals, as mentioned earlier. Ekko believes Vi will one day return to Zaun.

In the True Damage skin, Ekko was voiced by Umar “Thutmose” Ibrahim, a Nigerian-American rapper, singer, and songwriter from Brooklyn, New York. 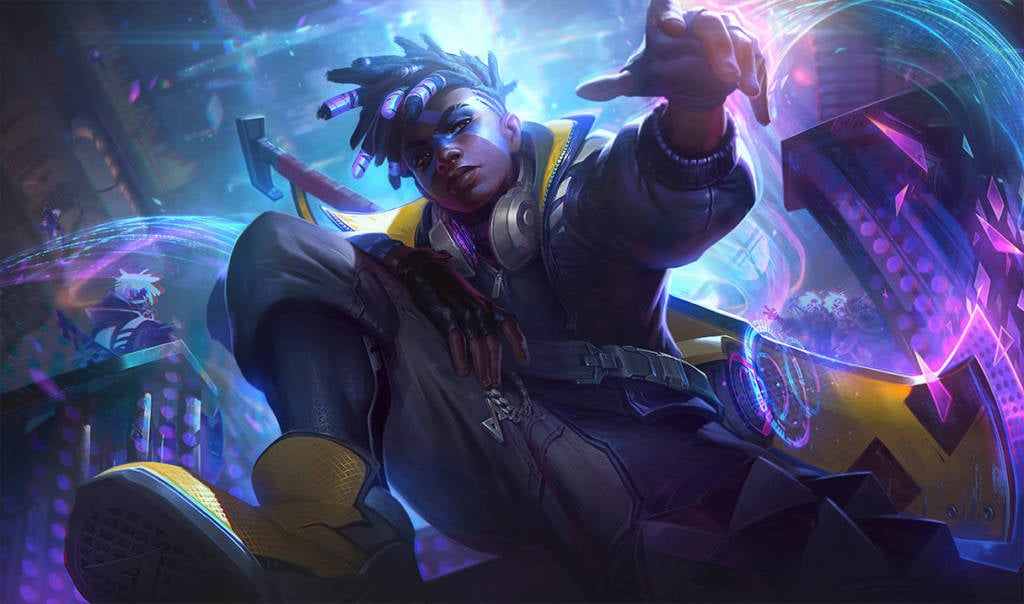 Pulsefire Thresh is shown in the background of Pulsefire Ekko’s splash art. On the other hand, the PROJECT: Ekko splash shows the PROJECT: Zed and PROJET: Master Yi holograms.

Skaarl and Bewitching Janna can be seen in the graphics of Trick or Treat Ekko.

Sandstorm Ekko is a reference to Prince of Persia: The Sands of Time. His weapons resemble the African ikakalaka.

Academy Ekko shares his splash with Ahri, Darius, and Vladimir. The students are in class number 1337, which refers to the leet speak language (1337 5p34K).