LoL players got to know the name and statistics of the new support item.

Update 11.13, as the creators themselves admit, is to be one of the biggest this season. With the introduction of new mythical items with changes to many heroes in Patch 10.23, players are already getting used to the League of Legends meta.

The developers inform, however, that the next update may change a lot, all because of the numerous new novelties planned by the developers. One of them is to be a new item for support players, which is already being tested. What is known about it at the moment and what class will be able to build it?

READ MORE
LoL patch 11.13 – Who gets nerfs and who gets buffs? Riot’s plans can shake the meta quite a bit

The item is called Elderplate and gives the player 400 HP, 50 magic resist, and 10 ability haste. It costs 2900 gold and its ability is unknown at the moment. You can take a look at its building path below. 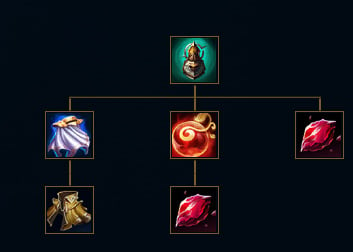 Players pay attention to the average profitability of the stats offered by an item in terms of its cost, but it is difficult to really judge this until you know the ability it will have. What is certain, however, is that it will be intended for defensive-oriented champions.

While it is not stated that the above-mentioned item will come to LoL in the next update, it will certainly be soon. The creators are also working on Sona changes, which players could learn about a few months ago. The new item, according to some, would be available on the servers only after its amendments.