For the first time in many months, there was a change on the EUNE server when it comes to a character with a record amount of AFK.

Yasuo was the undisputed king at EUNE for several months now. For some reason, it was the players who picked this hero who went AFK (Away From Keyboard) most often. And although it changed quite a lot around the world, it was very stable on EUNE.

Funnily enough, EUNE is the closest to Korea in this regard. It looks different on EUW and other servers, and often Yasuo is outside the TOP 10 at all.

READ MORE
Riot openly says this is the worst champion in LoL right now “If you want to win, don’t pick her”

However, something connects Korea and EUNE

This is the first time in a long time that Yasuo is losing. You can see that on EUNE people also did not like … Gwen. Yes, the new character managed not only to achieve the lowest win rate but also to break AFK records. 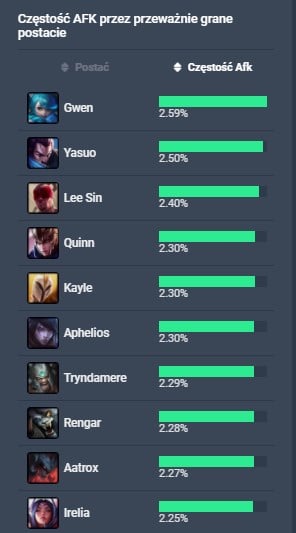 The beginning is the same on the KR server. Later single characters are similar, but above tier 10 all servers start to get mixed up. 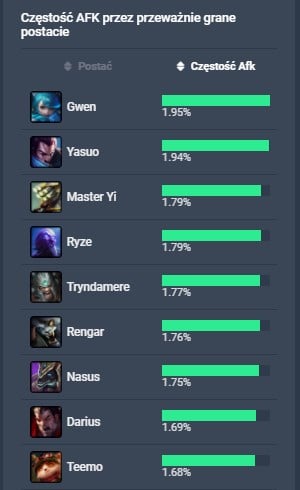 Despite the buffs, Gwen still doesn’t look very good on the EUNE server and this is another trait shared with Korea. There, too, Gwen occupies the lowest positions. 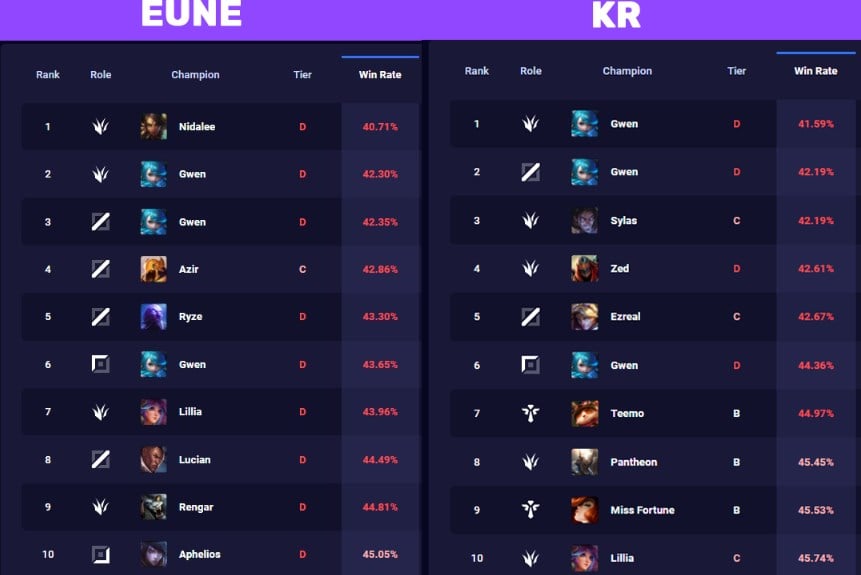 Gwen has to wait either for the moment people learn to play her or for some bigger buffs. So far, the lowest win rate and the most frequent walking AFK do not herald that she will be a favorite character in League of Legends.