League of Legends is Riot Games’ largest and first project, and it is in this game that most of the content that developers derive from other productions, such as TFT, LoR, or WR. For this reason, the norm is that LoL skins are transferred to, for example, Wild Rift or Teamfight Tactics.

However, this is slowly changing and the creators are adding more and more unique content to newer productions. A great example are the four new skins for Legends of Runeterra.

Four skins, but not in LoL

Recently, several graphics depicting the Dark Star and Cosmic skins have been circulated on the internet: 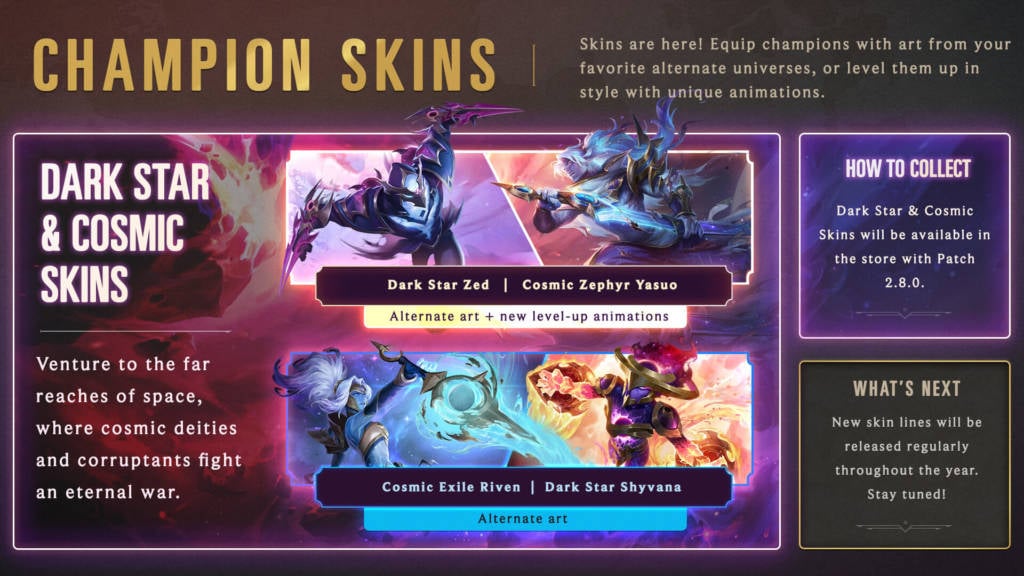 This is what they look like in all their glory: 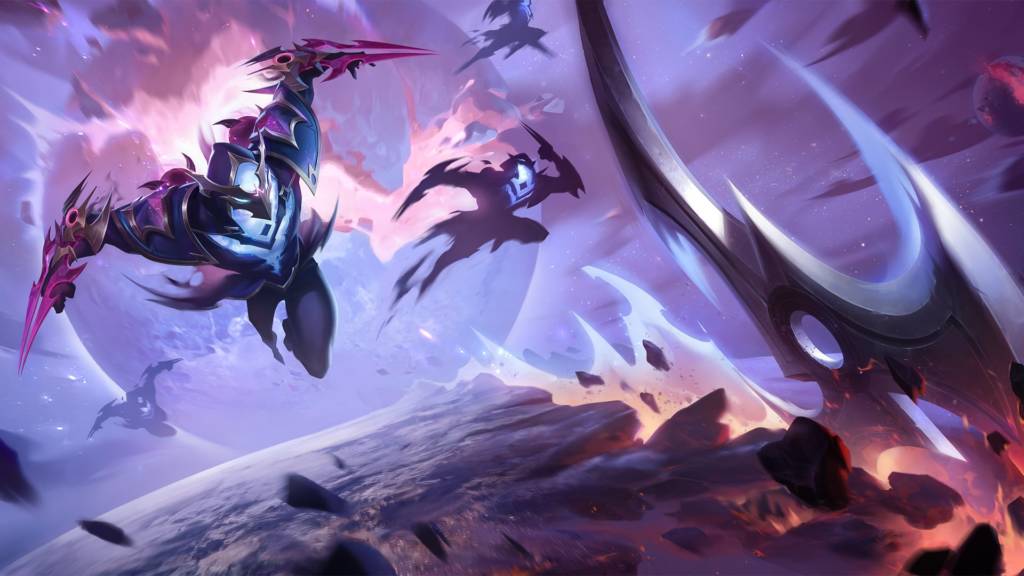 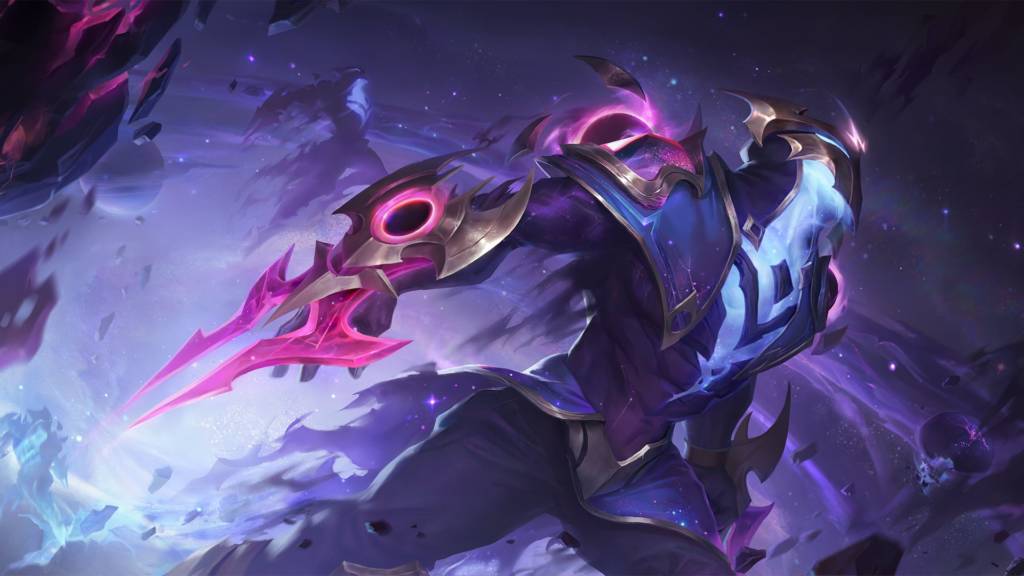 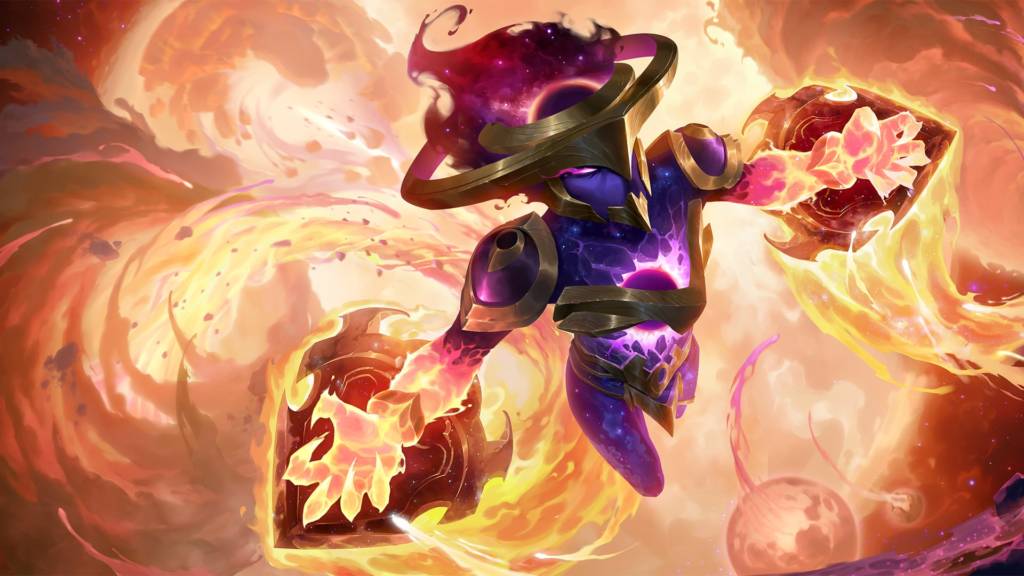 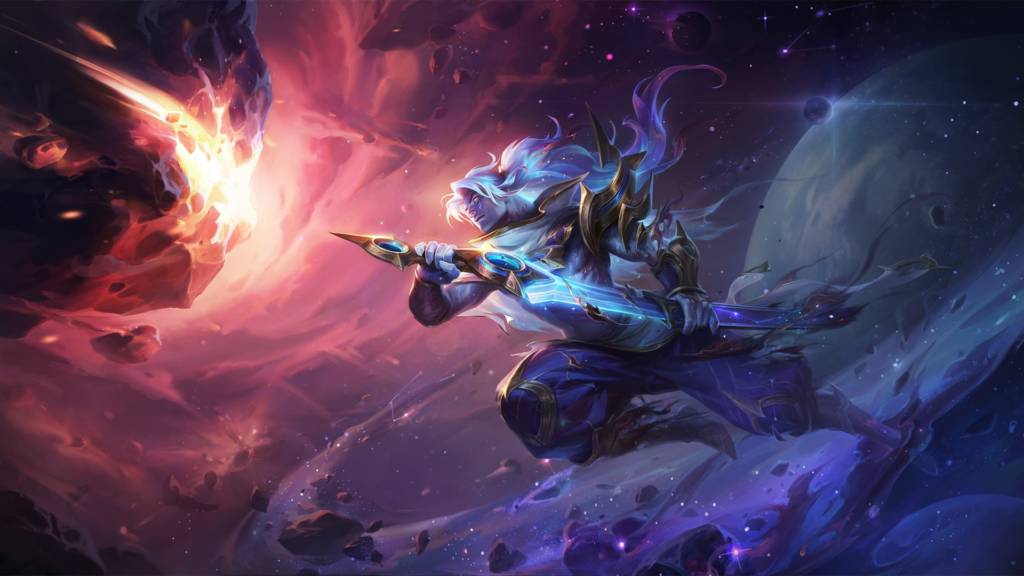 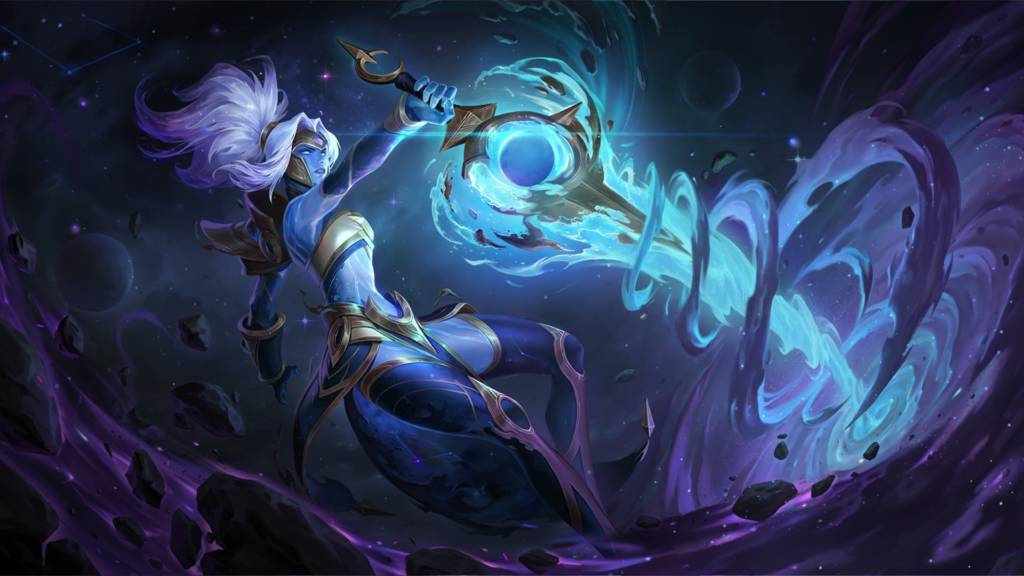 While they certainly look great, they weren’t designed with LoL in mind. They will appear only in Legends of Runtera and this is confirmed by the official LoR website.

Cosmic Zephyr Yasuo, Cosmic Exile Riven, Dark Star Zed, and Dark Star Shyvana are all new skins that were designed for LoR. While it’s technically possible that skins that make their first appearance in LoR eventually make their way to League of Legends and / or Wild Rift, you should expect LoR skins to stay in LoR. The processes for developing skins for LoR vs. LoL and Wild Rift are very different, so it’s not a simple copy / paste job from one game to another.

It is possible, however, that if they are very popular and appreciated by fans, they will get into League.