The League of Legends fan project has been shut down by Riot. We even got to know the circumstances.

For several years now a group of League of Legends fans has been working on taking League of Legends back a few years. They devoted a lot of free time and a large amount of cash “out of pocket”. More and more information on this topic has been coming up for several weeks, and Riot has become interested in it.

The project was closed in a few hours. Developers working on restoring the old League of Legends showed how the conversation with Riot went. As you can guess from the title, it wasn’t very nice.

Rioter explicitly stated that either the project will be closed or the creators will be brought to trial. Additionally, the developer of Chronoshift could have heard that a Riot employee did not care. The news was made public, so things got pretty nasty. 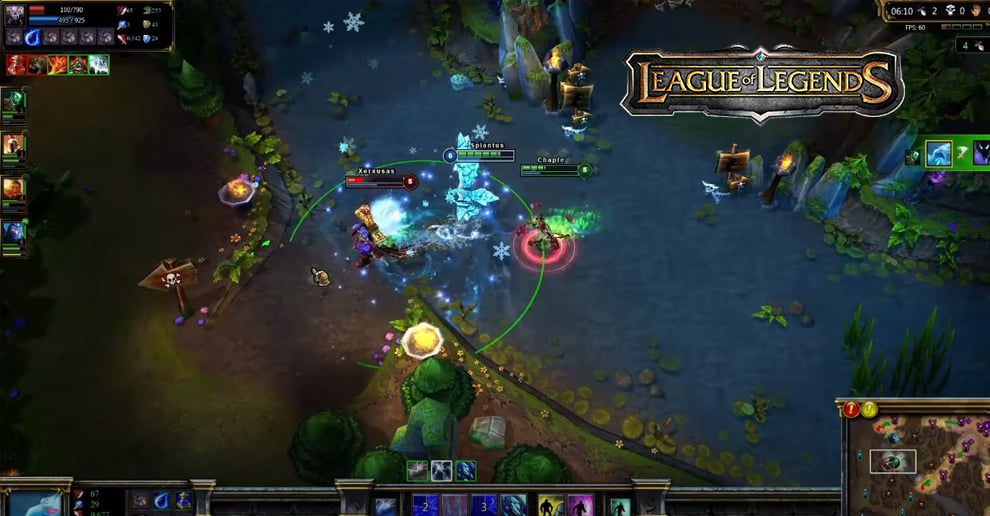 READ MORE
When will LoL players learn the story of a new hero – the mage Yordle? Riot responds

A few years ago, a group of League of Legends fans had an idea to roll back LoL a few years back and create an “older server” for the game. Although since then the project has been constantly developed and players have devoted several thousand hours to it. Everything was really ready, and gameplay videos started popping up on Youtube. 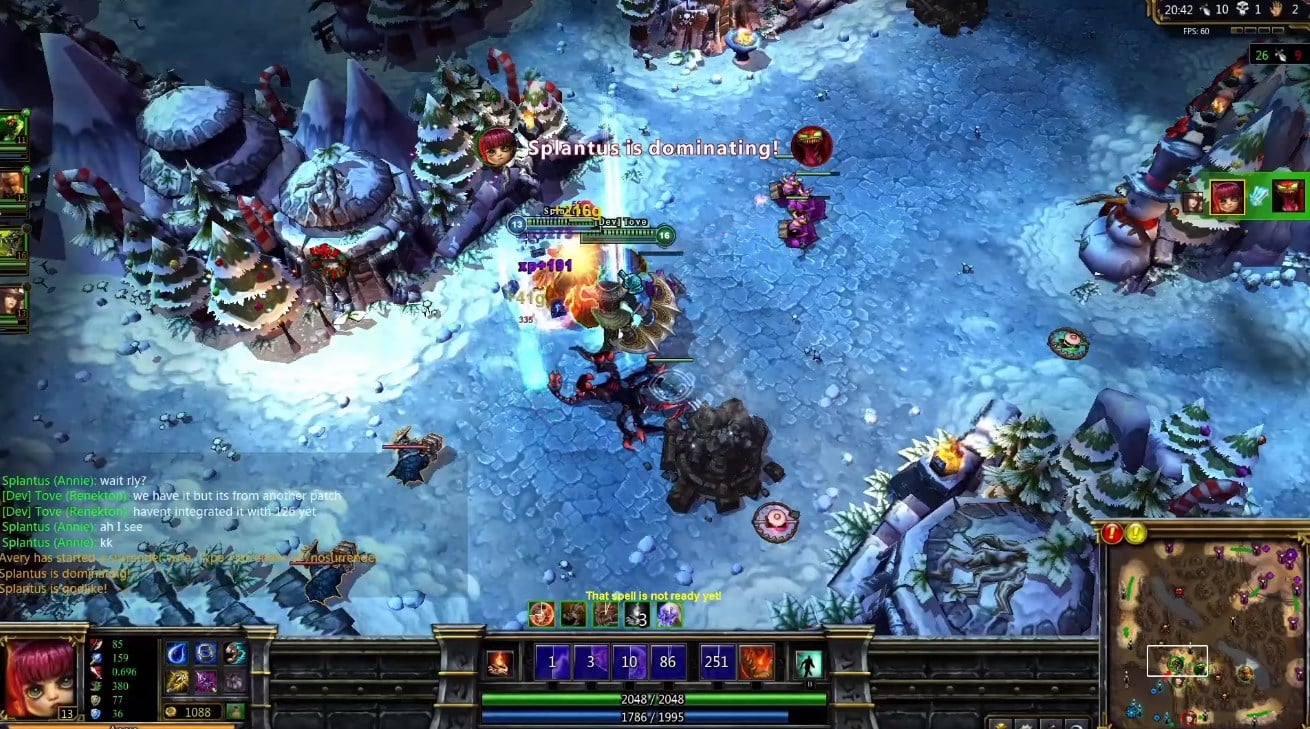 It was all cut short by Riot, however. On the official website of the project, there is a message informing about the closure.

“Yo our best knowledge, and the assessment of the lawyers in IT copyright we talked the project over with, we have not done anything illegal.

We never fistributed any copyrighted material – all old game files can still be directly downloaded from Riot’s CDN. Chronoshift has not interacted with the live game, or live game accounts, in any way, shape or form. Chronoshift was never going to go past a patch in early season 2, and was not designed to compete with the live game.” 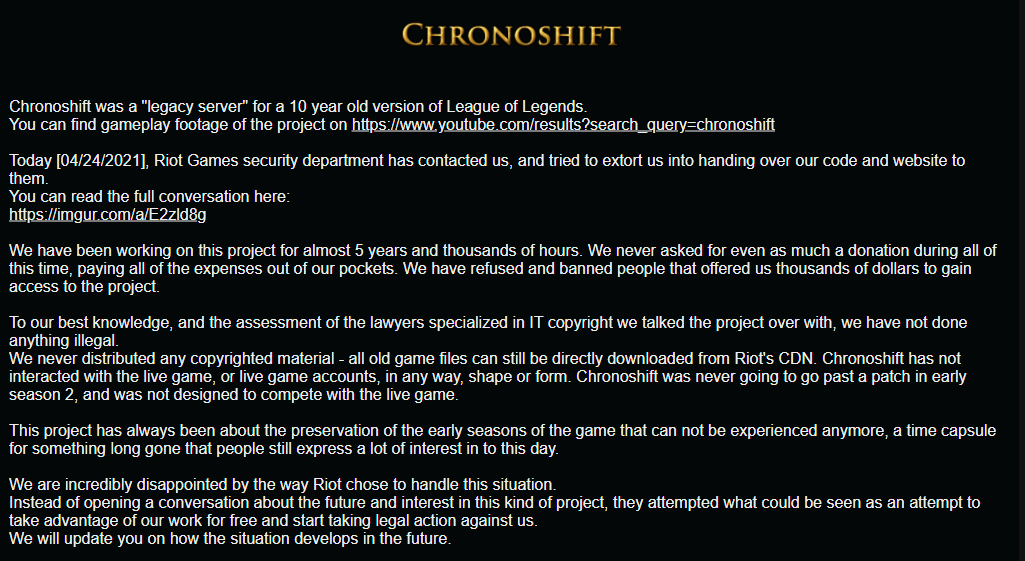 As we can read, the authors received offers to sell access to the code for thousands of dollars, but they did not agree to them. On April 24, one of Riot’s employees – Riot Zed – wrote to the developer via e-mail about the project, asking for an interview on Discord.

As a result, we got to know the backstage of how this case was resolved. The developers of the project shared correspondence with Riot, which was not very nice. Zed is a Riot employee, Lord is a developer working on Chronoshift. 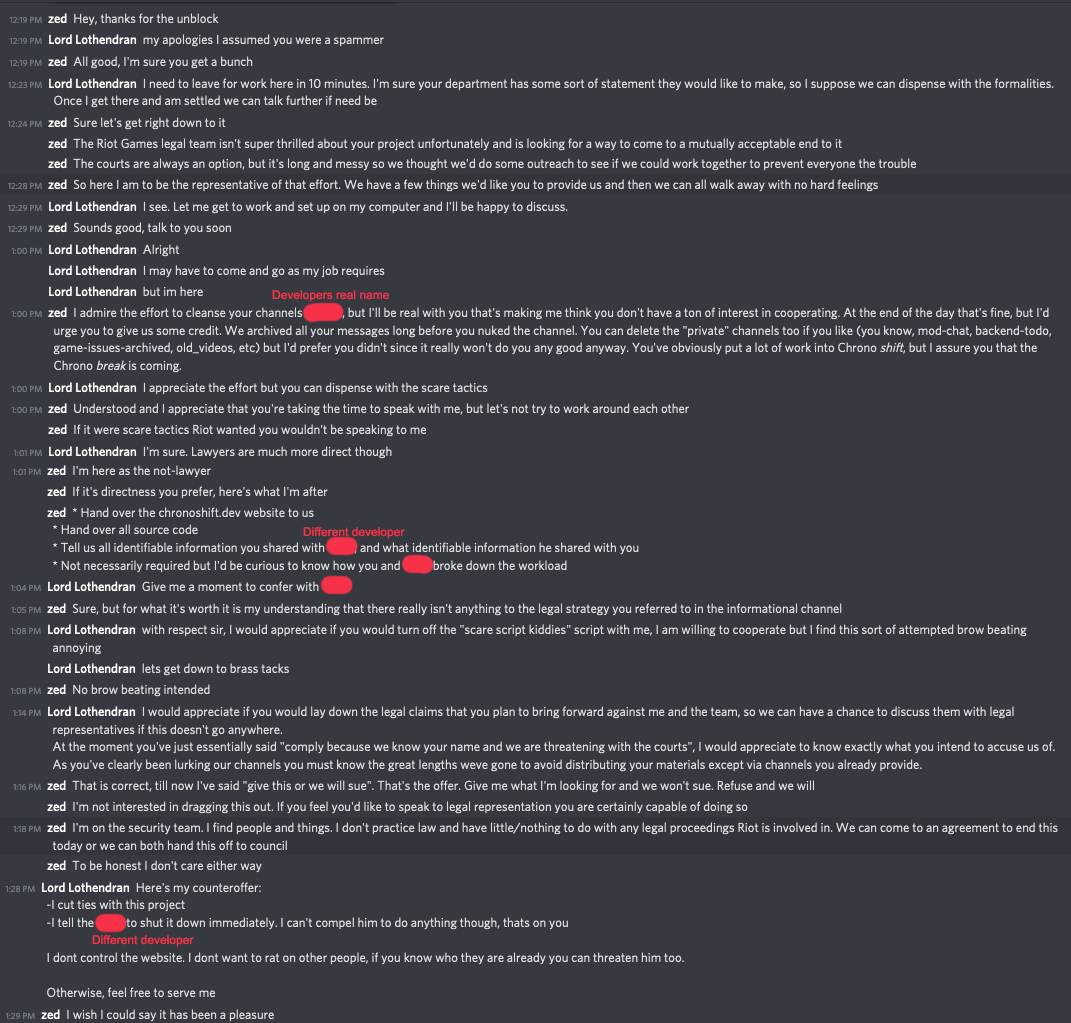 Rioter’s words were confirmed by an official email from lawyers cooperating with the League of Legends developer: 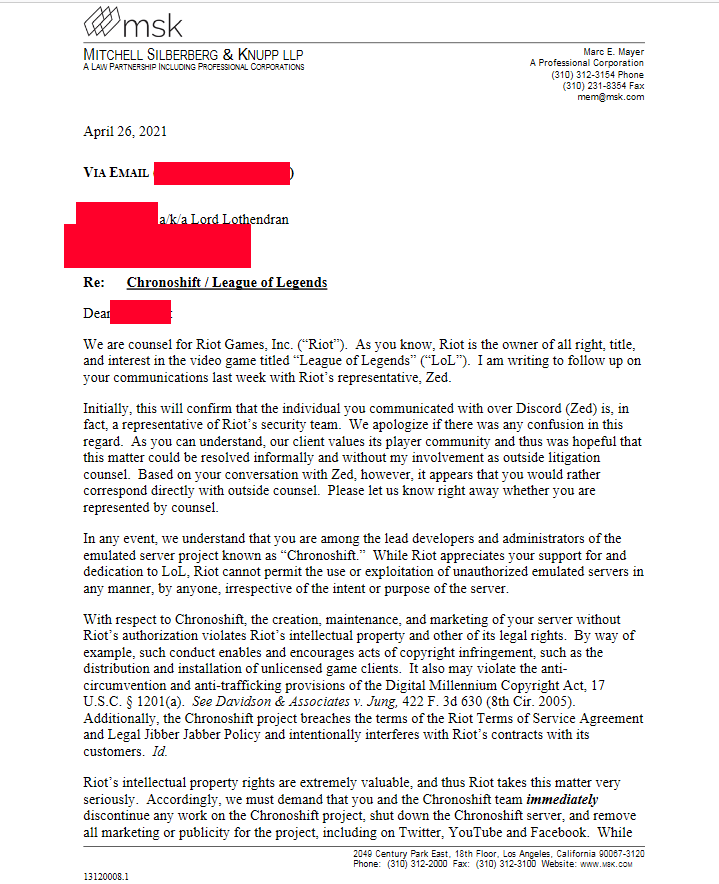 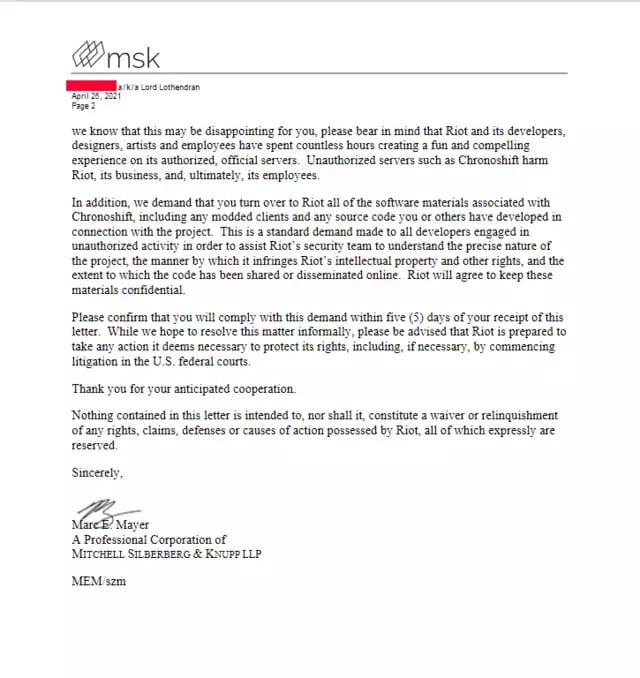 As we can read, the authors of chronoshift have to close not only the project but also all media related to it. Additionally, Riot requires that all game code and project materials be sent to them.

This caused a huge scandal on Reddit. Players do not understand Riot’s move, because the fan project of taking the game back a few years did not affect the official League of Legends servers and, as the authors say, will not be any competition. Still, it had to be shut down.

The developers, however, used both the appearance and the Riot IP, and the project is an emulator of League of Legends from years ago, so it’s not surprising that Riot did not like it, and decided to close the venture.