Riot employees often get attacked for decisions that are made completely independently of them.

A lot of situations where Riot employees simply removed any of their nicknames occurred in the past. Back then, it was generally about toxicity and insults during matches. 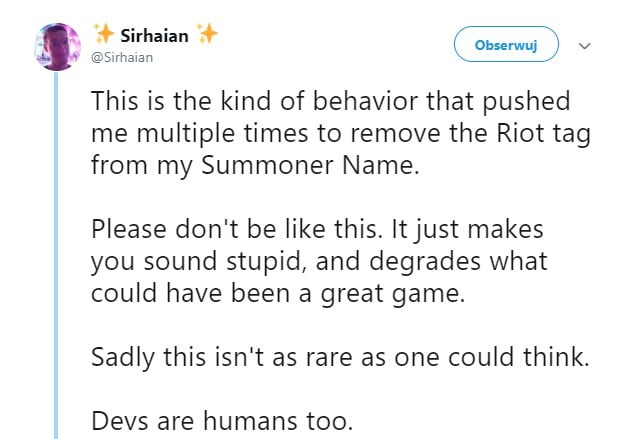 READ MORE
EUNE has something to do with Korea after all. The new queen of walking AFK outdone even Yasuo

How do people troll Rioters?

A few days ago we wrote about streaming Rioters. It turns out the lead champion designer in LoL sometimes has some pretty interesting situations where he gets pissed off just like any other human. As an interesting fact, Riot August worked on characters such as:

What exactly happens in matches where opponents and allies know who they are playing against? Well, it’s quite specific at times. This is where the Bard trolled and then just laughed.

As you can see, “Rito” in the nickname does not necessarily make the game easier, and sometimes it can simply make it difficult. This is one of the reasons why many employees simply do not admit to working in the studio responsible for LoL.