Is this skin suitable for VFX? How does Riot make this decision?

Many players wonder and ask Riot employees about the possibility of a visual update of a given skin. However, this is not possible in all cases.

What is the process of verifying whether a given cosmetic is suitable for VFX? It turns out that Riot uses several methods that are shown in simple graphics.

READ MORE
Several League of Legends heroes will get new animations. Who are we talking about and what do they look like?

Will there be a VFX or not?

League of Legends is a game that is over 10 years old. Developers release a lot of new skins every year, which means that those released a few years ago no longer fit the game and are made much worse than the ones released today. As a result, they undergo changes every now and then and are updated, as in the case of Ahri skins and more.

It turns out that certain skins must meet certain requirements and not everyone has a chance for VFX. The method of selection was explained by Riot Beardilocks with the help of graphics. 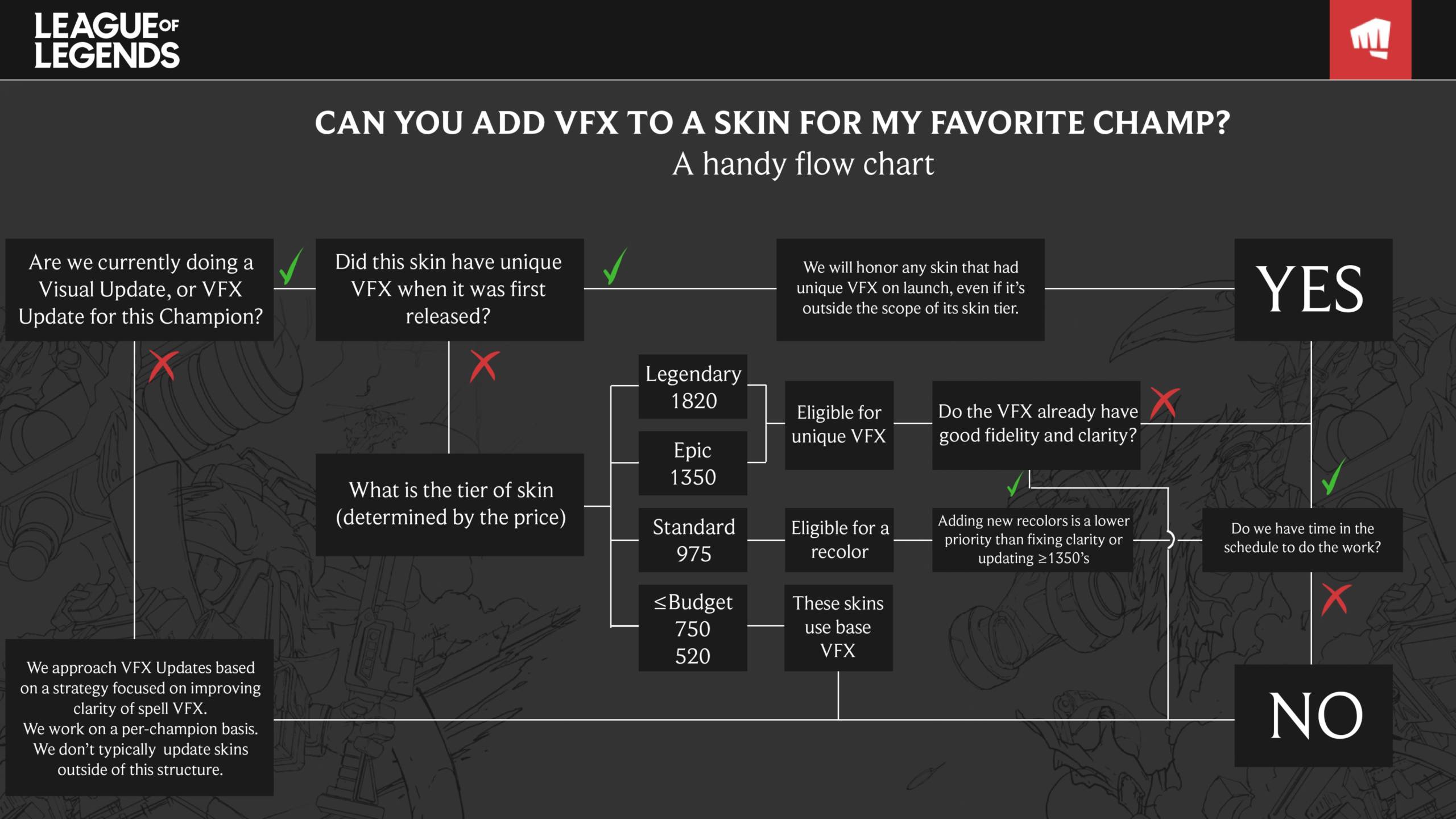 As we can see, if the skin before the hero’s “rework” had unique effects, they will also be added after the rework. However, there is a chance that the old skin will also be changed.

This will happen if the animations are illegible, inaccurate and employees have time to create a new version. The same employee also added a second graphic showing how these changes are influenced by questions asked by players. 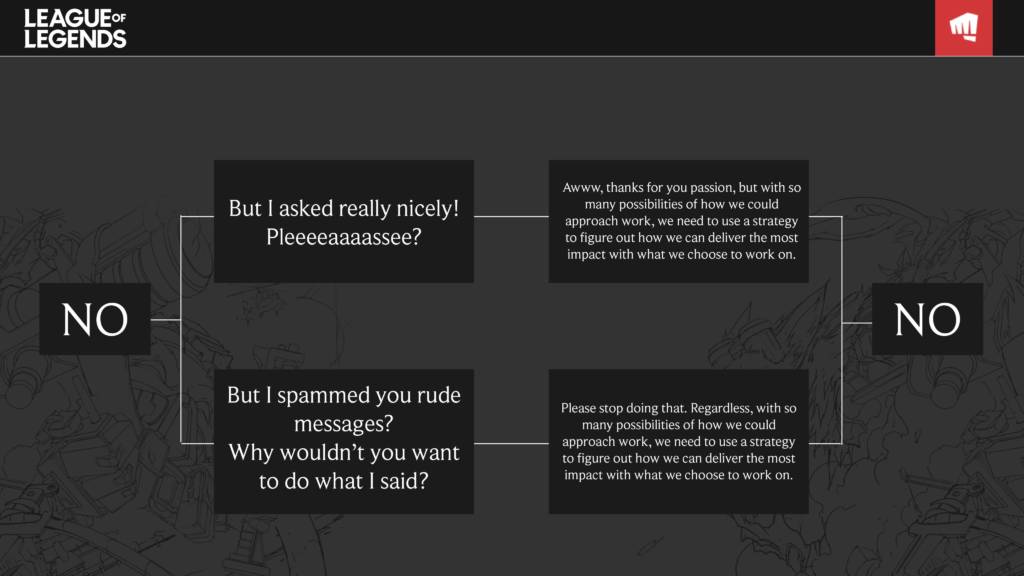 As we can see, spam and repeatedly asking won’t work and don’t make much sense.