The reworked Mundo is now on the servers. Is he doing well after the changes?

Much has been said about Mundo’s rework. Players have been waiting for more information since Riot announced that the hero will be refreshed. Initially, only the early concepts of appearance were known, but each month the creators revealed more and more.

Finally, the community has had this champion updated. What are the stats of the character after it hit Summoner’s Rift in the refreshed version?

READ MORE
A surprising pentakill by Sett from League of Legends. Opponents could not expect it

For those who have not followed the whole situation, you can find out about Mundo’s new skills here: Description and presentation of Mundo’s new skills after rework. The champion remake made its debut with a win ratio of 49.25% and a 13.71% play rate. At the same time, its popularity is at its greatest ever.

It can be seen that the dominant role of the hero is the top, where he appears in 69.5% of games. Right behind it, the jungle is second in popularity. In the forest, Mundo makes 25.9% of his games, but he doesn’t do very well there. His win ratio as a jungler is only 39.6%. 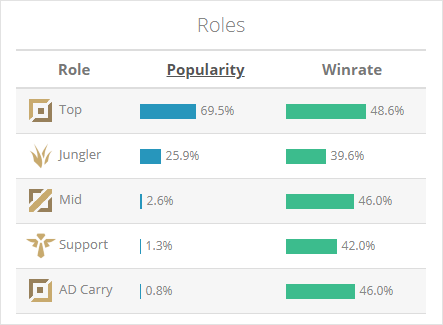 According to lolalytics.com, Mundo is currently the most popular top laner in terms of pick rate. Right behind him is Sett, who loses to him by 0.2%. Gwen is in third place. 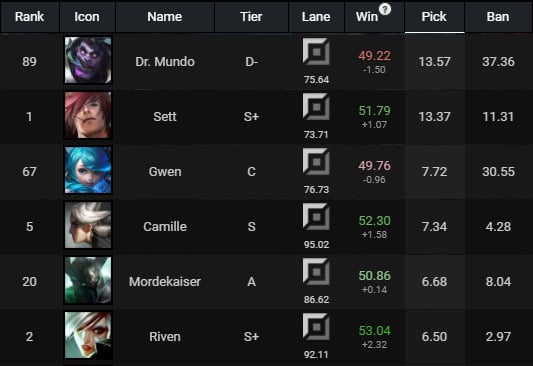