Sona’s rework is working really well at the moment.

In update 11.16, which was released on the official servers yesterday night, a reworked supporting Sona was released on September 20, 2010. All because her “new version”, Seraphine, also became her better version.

Now her “original version” has got a second chance and as her first stats suggest, she’s doing really well.

COST  ⇒ 50/55/60/65/70 mana
NEW EVERY BOLT YOU TAKE: Now grants a stack of Accelerando for each bolt that hits an enemy champion
REMOVED AURA MANA REFUND: Granting an ally Hymn of Valor’s aura no longer refunds 30 mana per cast

Sona after the rework

How is she doing now? Before the changes, the heroine won 51.9% of matches on average and was picked in just 2.1% of games. Now it is much better and it is already 53.09% Win Rate and 6.3% Pick Rate. Importantly, the new version of the character is practically not banned by anyone. 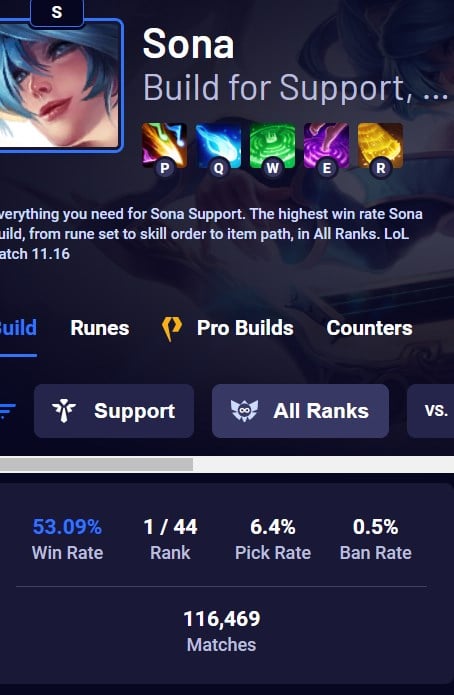 Keep in mind, however, that she is only a few dozen hours on the servers and everything may still change. Especially Pick Rate, which should drop a bit, because currently, everyone wants to see how is it to play as her. It is also possible that nerfs will be waiting for her next patch.