Yesterday there was a lot of controversy in League of Legends. They were related to a free skin that should land on players’ accounts.

Riot is not really known for giving away free skins left and right, but in fact, during MSI one of the “rewards” for the community was to be a completely free skin for Jax. Riot did not believe, however, that there would be a situation in which it would have to be given away.

So in the end, the skin received a really small pool of players, and people write directly that they feel cheated by the drop system. What is it all about?

How many people got free skin?

Starting from the beginning, players received various kinds of drops during the ongoing MSI. The mechanism is very simple, if you watch matches, from time to time an additional item may drop into your account.

Among all these items was also a skin – Conqueror Jax. It was to be given away when someone did a pentakill in the game. 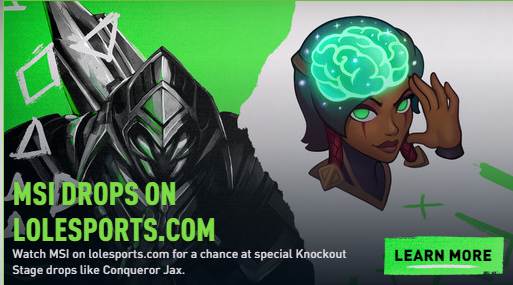 The problem is, Riot themselves didn’t believe it would happen. It was officially admitted that this particular drop has been changed to something else.

The developers must have been surprised to see that pentakill happened after all yesterday. Riot’s decision seems simply incomprehensible to many players.

Nevertheless, the developers stated that Jax will be awarded to players, but in a very limited number. Riot constantly gives mixed-up statements, but the implication is that Jax was probably given for first blood to make him even appear. 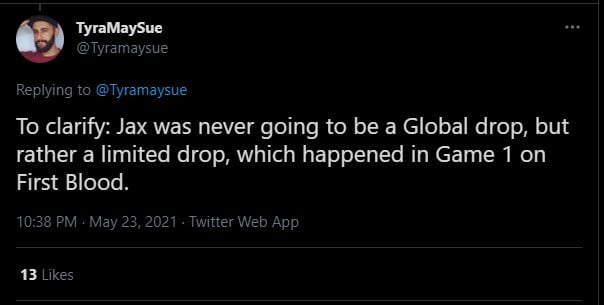 The skin was the icing on the cake, something a lot of people hunted for. So everyone was excited to see the pentakill, but the positive emotions faded after the news that Riot had decided to change the drop skin. Instead of elimination of 5 enemies, the skin was given away in the first match, additionally in a very limited number. 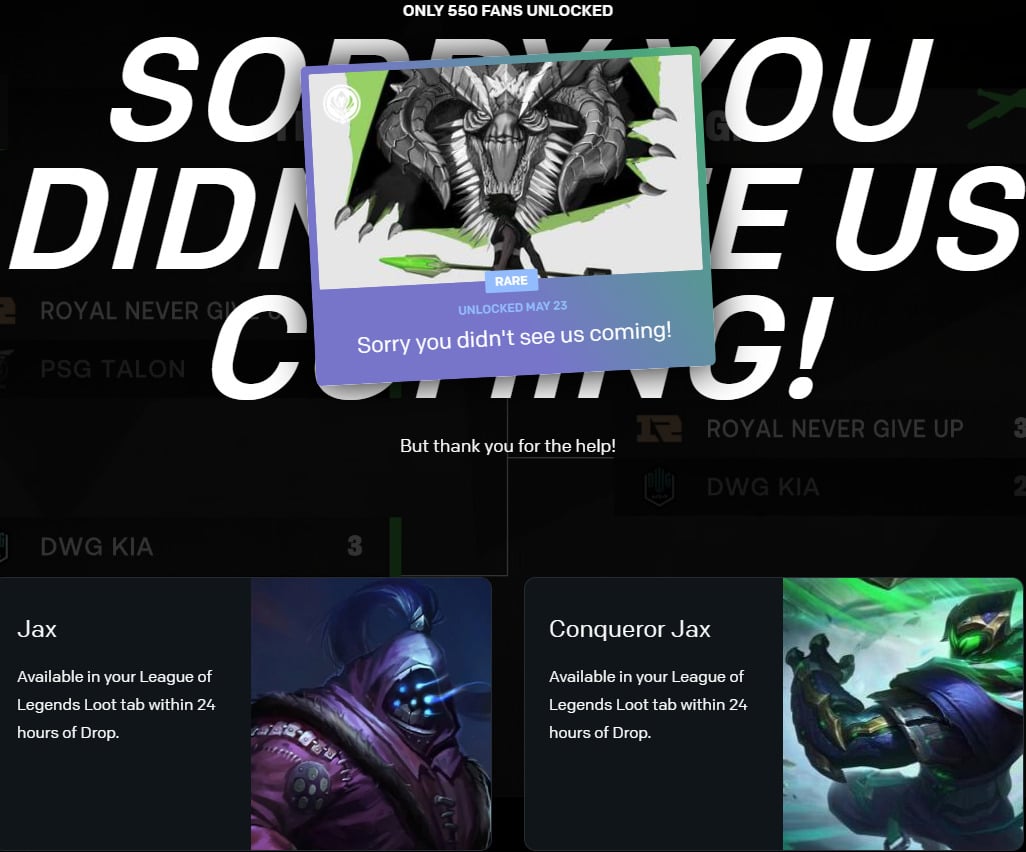 In total, the skins were unlocked by 550 people. As for the fact that the MSI finals alone were watched by over 1.8 million players, those over half a thousand actually seem quite an absurd number.

A very strange and unclear situation. It’s no wonder that the community on Twitter and Reddit is pushing Riot hard to grant players some kind of compensation – but it’s hard to say whether anything else will change in this topic.