The developers are doubling the bonus RP that can be obtained when purchasing League of Legends in-game currency.

RP in LoL is a currency that can be obtained only after spending real money. It is useful for purchasing all cosmetic items such as skins, icons, wards, and Little Legends, but also for unlocking passes and so on.

RPs are incredibly valuable and almost every player would like to have as many of them as possible. Now is your chance to get double the amount of bonus RP. What is it all about?

Bonus RP in League of Legends

Riot promised a while ago that the game will have doubled the bonus RP. It’s not that the base amount is increased. We are talking about a bonus that grows with each price threshold. Under normal conditions, it is, for example, 270 bonus RP for buying the base 1550 RP.

This time the number is actually increased. After logging into the game, you can see that in the same situation you will get an additional 540 RP.

The bonus is active from August 23 and will last until September 8, 2021. Basic RP Bonus no promotion: 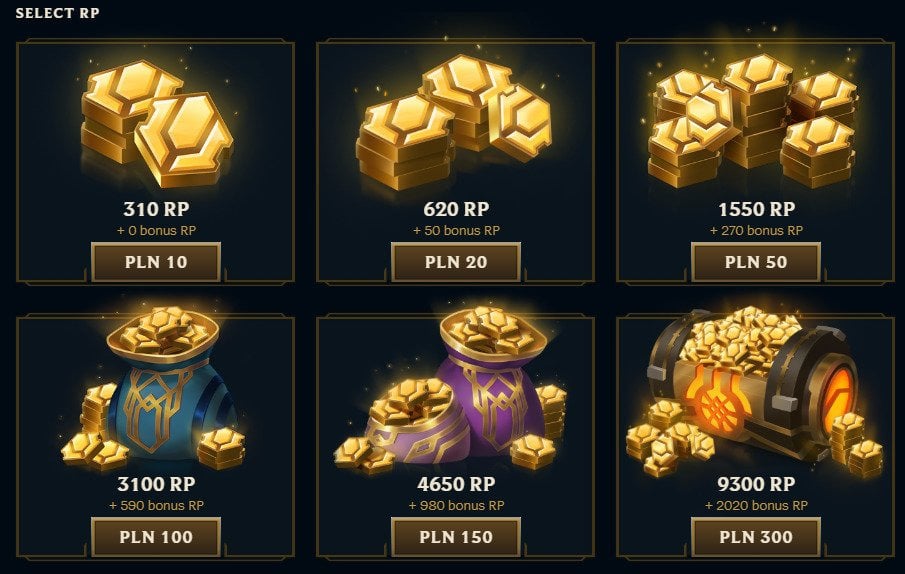 Current promotion that can be found in the store: 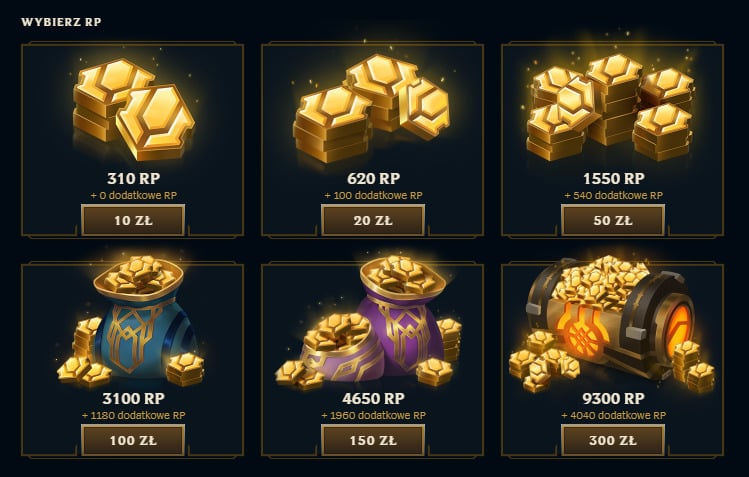 As you can see, this is a great deal for anyone who buys a lot of skins and other beauty accessories. In fact, the bonus RP is so big that in the case of the penultimate option, you’ll get a “free” Legendary skin.