It has been officially confirmed that Tahm Kench will not appear in the LEC. A lot of people waited to see how this hero is doing after rework. Unfortunately, he will not be available for selection. It turns out Riot wants to give themselves a little extra time to check everything out.

The more that Tahm Kench is just undergoing further changes. Many people mistakenly associate the exclusion of the hero with Sett, why? 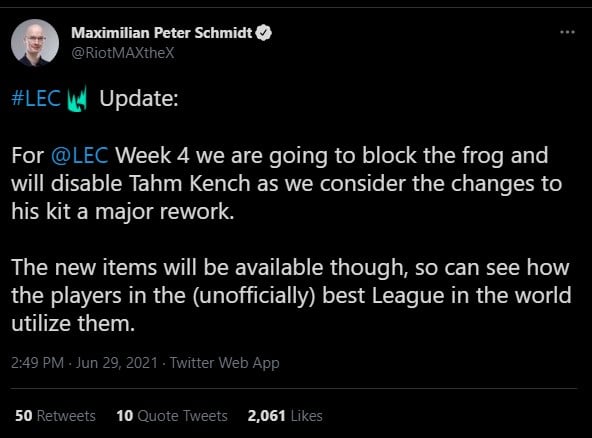 Sett has recently become very popular, and a lot of his games have appeared on LoL’s social forums. The astonished ADC even massively publish clips of how they were liquidated by one W, having half HP.

It turns out that there is a way to deal with the hero and it is possible to turn off his W, E and prevent him from returning to the base. It can be done by Tahm Kench. This has to do with a serious bug that remains active at the moment.

Sett is definitely a new champion who has been enjoying more attention over the past few weeks. He is also famous for the fact that he can eliminate fragile opponents with one W. However, now he can be with and the reworked Tahm Kench can do it.

It is enough for Sett to kill another player while the River Monster swallows him with his ultimate. Bug hunter Vandiril showed it in his latest video: 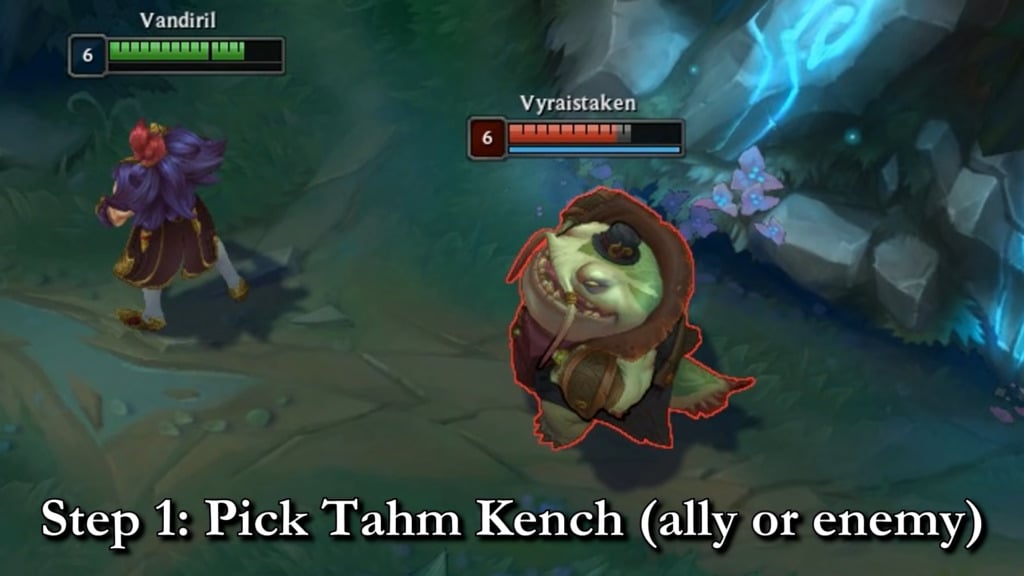 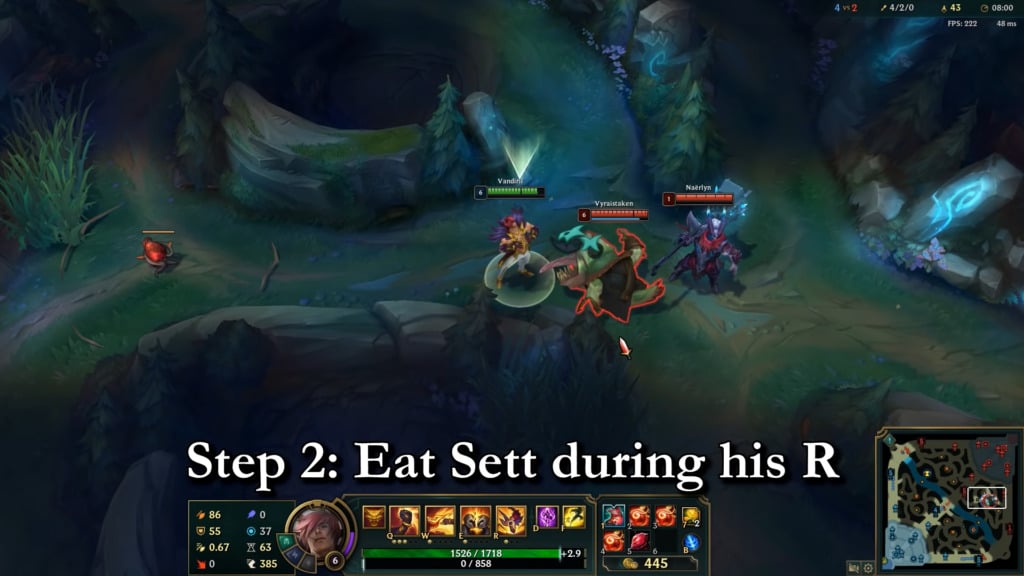 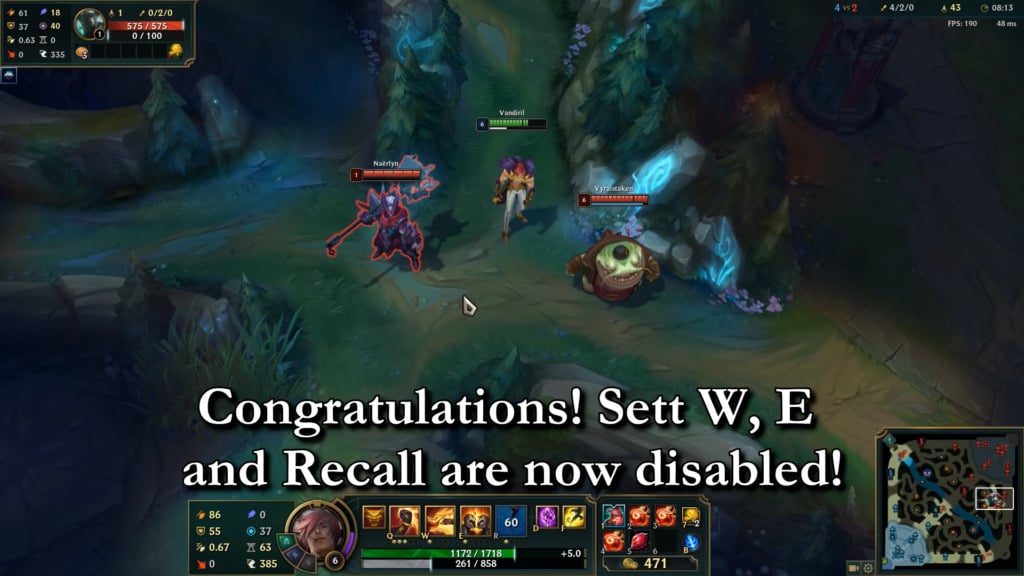 After this bug, the hero can only use auto-attacks and Q, which the player will definitely not like. Soon, Riot will probably fix this bug and it will stop working, but at the moment it will surely irritate many more players.

Remember that the intentional use of errors is prohibited and violates the regulations. It can even make the account blocked permanently.