Riot has announced that they will be releasing something on test servers, which we read is the absolute most important change they can make to improve this one element.

In August, LoL will shake a bit, first on the test server, and a few patches later also on the live client. What exactly is this about? Riot will be updating the Chromium kernel in August. Of course, that doesn’t tell anyone anything, but as the developers write, it’s “the browser that is at the heart of League’s client architecture”.

Yes, the LoL client will change in a nutshell:

“We recently updated the CEF in November 2019 to version 74, and at the time of this writing, the latest version is CEF 91.”

The players are already getting ready

As soon as there was information about a major client update, players began to flip over how great it is currently performing. This exchange of views says it probably says it all. One player is glad that this is the end of receiving notifications about something that happened four years ago. The second mentions that gifts have been banned from him for two years. The third is glad that the account transfer option has been returned to him. It looks hilarious. 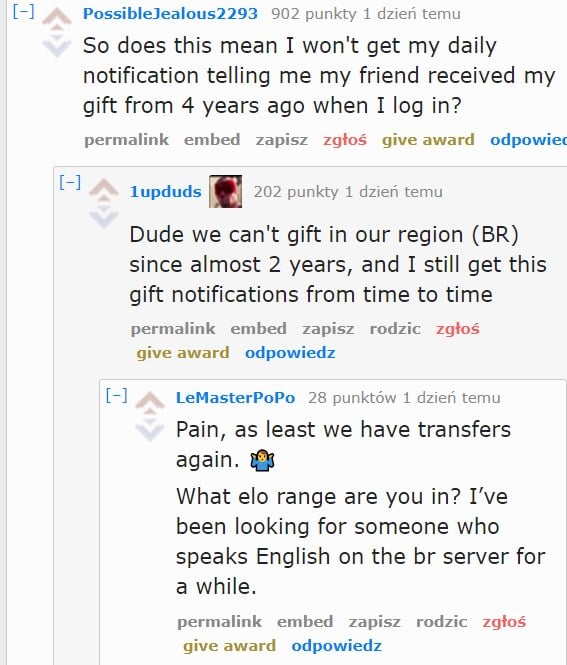 It’s hard to talk about a new client here, but in fact, Riot has been working hard for several months. Of course, nobody wants to read the full description of the changes, so if you skip them, you have to know that a lot of things will improve, at least in theory. They will be:

It’s worth mentioning here that this has nothing to do with all the changes Riot is planning in the coming months. You surely know novelties like titles etc. – it’s not coming yet.

Gamers laugh that Riot has to fix something first and then break it. However, it is difficult to say how it will all turn out in the end. Certainly, the community is full of concerns, everyone is preparing for the temporary unavailability of test servers.

There will be a number of other things to do after this update. Developers are keeping an eye on errors such as:

It is not known when this will be fixed as “This work has been suspended as we are currently focused on completing the CEF update.”