In China, the government came to the conclusion that three hours a week (one hour a day and only on the weekend) is enough.

Years ago, a big topic was the limit that was imposed on Chinese Fortnite players. After three hours of gameplay, they had a “cut” XP amount to 50%, the challenges were completely disabled, and the message itself advised generally quitting Fortnite in order to study.

This applied to other games as well, but Fortnite was where it was the loudest. League of Legends was generally only playable at certain times, which is between 10 PM and 8 AM on weekdays and 90 minutes on weekends. 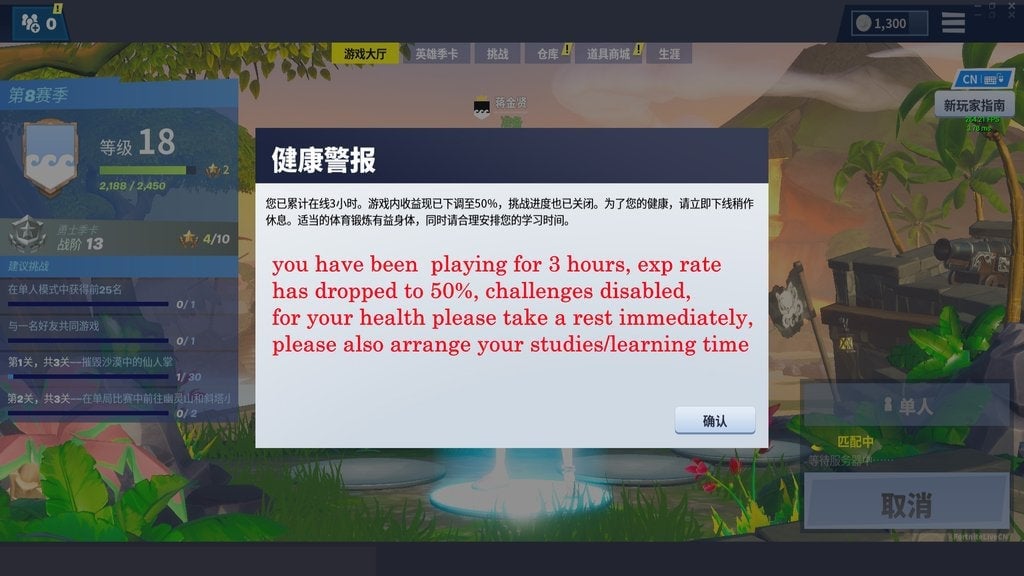 It has evolved now. Chinese LoL players will officially only be able to play 3 hours a week and now only on weekends.

3 hours a week, only on the weekend

Already in 2019, it was loud about the systems that Tencent introduced to its games. The great giant had to adapt the games to the rules that limited the time of the game. LoL could not be played at all, Fortnite challenges were not getting completed.

If you’ve ever envied China, you can stop now. The local government will limit playing games to 3 hours a week and, what’s more, only on weekends. You will be able to play: 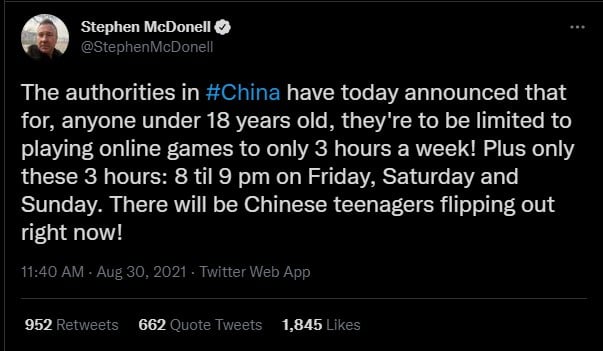 So we can stop being mad about more free items for Chinese players. They won’t be able to use them at all. 3 hours a week, after an hour in one day, means playing one LoL game. Two may already be risky.

There is a very big surrender tendency in China in general, now that is likely to increase even more. It is worth mentioning here how the playing time is distributed among individual ranks: 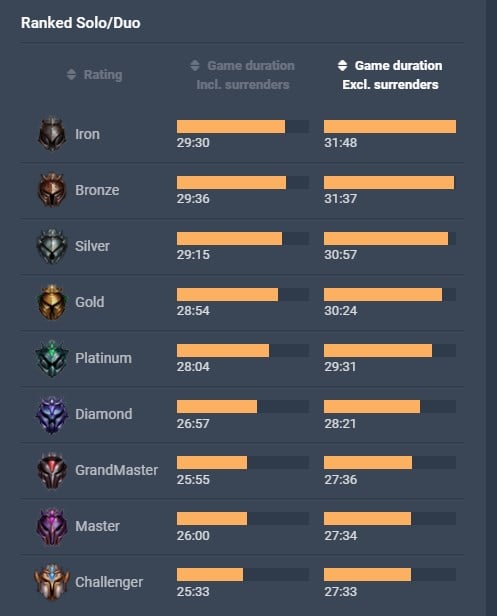 So if you have low ranks, often you won’t be able to play two games. The higher it is, the greater the chance that it will be successful. It is hard to imagine that something like this could happen anywhere else.