Korea has its own rules, but this situation is quite surprising, even for that region.

Everyone knows these myths and legends about the Korean LoL server, the builds that are created, and the various mechanics that players discover there. But it’s hard not to believe it when you see a situation like this.

Aurelion Sol has been number one in mid-lane in Korea for several good updates at the moment. He also wins the most games overall of all heroes on all lanes.

Only the best play as him on other servers

This is an interesting case because other servers know very well how strong Aurelion Sol is. As of patch 10.4, this hero only got bug fixes, and seeing his stats, it’s hard to figure out what Riot’s approach to him is.

Why? The higher the level, the more Aurelion Sol wins. If we take into account all ranks on all servers, the character is in 20th place for mid-lane winrate, which translates into an overall winrate of 60th overall ranking. 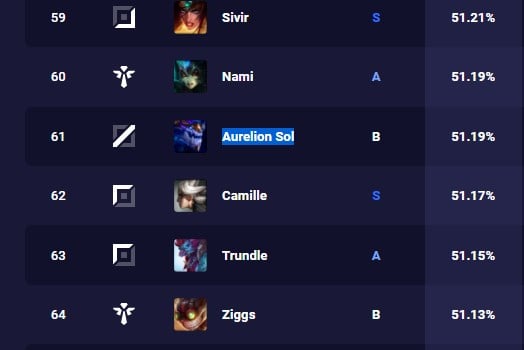 It gets interesting around platinum. There, Aurelion Sol lands as TOP 1, which is a magical barrier for Aurelion. It is worth mentioning that in Korea the character at the moment (patch 11.14) has a 56% winrate. For comparison, this is the TOP 5 list for all servers and all ranks above platinum: 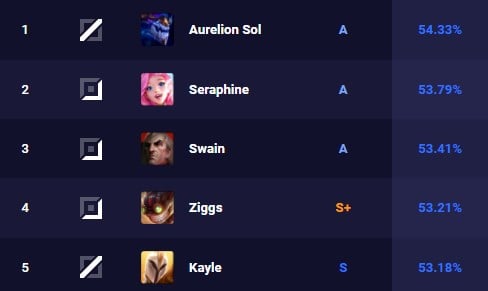 From platinum upwards, the character is TOP 1 in terms of the number of games won. Meanwhile, few people are able to play it below this rank. So you can come to the conclusion that if someone chooses this hero and is actually able to win with him, he really has to be good. It is a hero that is heavily dependent on the overall level of the party, and this may also be his secret.