Anathema’s Chains is an item that is hated by a certain group of LoL players. Why?

As most of the League of Legends community probably knows, there are new items in the game that, according to the developers, were supposed to change the current meta a bit. Many of them brought various results. Today, they have both a large group of fans and people who say that adding them was a bad decision on the part of Riot.

A lot of controversies have arisen over the subject of Anathema’s Chains, which has a tragic opinion among many ADC mains. Why does this item cause such annoyance and rage quit?

Anathema’s Chains is a toxic item?

Ever since the new item appeared in the game, it has been heavily criticized by ADC players. In their opinion, adding something like this is simply unhealthy for the gameplay.

For those who have not followed the latest changes and news, it is worth recalling that Anathema’s Chains were created with tanks in mind. This item costs 2,500 gold and gives you 650 health points and 20 skill haste. However, these statistics are not the most important in it.

The most controversial is its “Vow” ability, which allows you to choose an enemy that will deal less damage to the player.

As you can see – the way the item works is a real nightmare for ADC players.

The item has even been criticized by some professionals. Cloud9 pro-streamer Zach “Sneaky” Scuderi said Chains of Doom are the biggest problem for shooters right now.

On a recent stream, Sneaky said the new item was responsible for his losing streak in the game.

Cool. Damage against Nunu reduced by 30%. This is amazing. Oh Even Mordekaiser bought it. Are you kidding me? F*** you.

Zach’s frustration was that he had waited a really long time to find a match in which he felt completely helpless because he had hit the tanks to which he had practically done nothing. 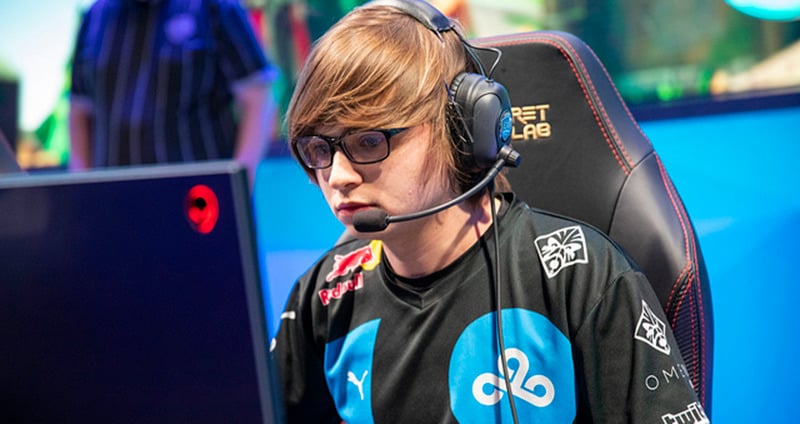 It’s not just high-ranking players who consider Anathema’s Chains to be unhealthy for gameplay. There are many opinions on the internet from disappointed fans of the game explaining why this is “a poor execution of a good idea”.

One of the players considered that:

Anathema’s Chains having a 91% item efficiency is incorrect, it just encourages tanks to buy the item just because it’s the best possible damage reduction item in the game. Flat reductions are some of the most powerful defensive stats in the game.

It’s why Alistar has always been a staple pick in pro play, because he has the ability to play as a tank with very little gold income, due to his ult’s flat reduction. I would even go as far as to argue that Alistar only came back into pro play after the ardent meta after they REBUFFED his reduction stats on his ult.

The item is simply too generalist. It is pretty much ALWAYS good, the multiplicative effect of having extra hp along with a massive damage reduction effect from a single carry seems overpowered, especially when most team comps are running only 2 carries max.

The current meta, especially in the professional scene, is usually based on two leaders. Making the ADC lose its power and influence in mid-game can hurt a lot of compositions and strategies.

Many players feel that this could lead to mages returning to bot lane again – especially given their recent buff to lower the price of their mythical items.