Rioter on new and reworked characters this year.

This year, some new characters have been added to League of Legends, and some have been reworked. Although most players like them, the developers may have a completely different opinion.

We can especially deduce this from a recent discussion with the community in which the employee stated that making reworks is unprofitable and too difficult. However, how do they evaluate the new Dr. Mundo?

Probably each of us has an opinion about the huge modification of Dr. Mundo and two new heroes: Gwen and Viego. But what do Riot employees think about their “kids”? It turns out that they are happy with where they are today.

The popular Rioter Reav3 on Reddit referred to this and presented the chart below showing their position relative to other champions. 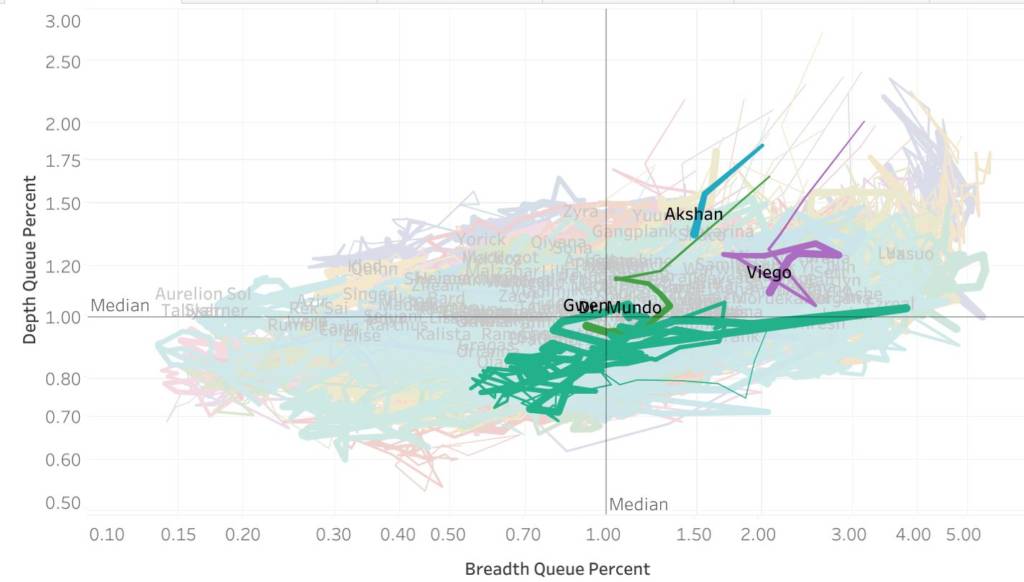 At the left bottom are the least popular characters, and the right top are the most popular.

Then, when asked to comment on whether this condition suited them, he admitted that it did.

What is up with Akshan? We do not know that at the moment. It is probably too early for him to judge, especially considering the fact that his release caused a lot of controversies, and he had to be buffed because he was completely unable to cope on Summoner’s Rift.