The creators decided to explain why Rakan did not receive the skin with his partner.

About 3 weeks ago, the developers announced the appearance of many new skins. A new (although announced many months ago) series of Crime City Nightmare was shown, as well as 3 other skins, including Brave Phoenix Xayah. Many players liked the new skins very much, and there is nothing particularly surprising about it.

Xayah and Seraphine have many fans who look forward to new additions to their beloved heroines. However, they wondered why the most famous pair from League of Legends got separated and Rakan did not receive the skin either. Is Riot breaking with the tradition of releasing shared skins?

No shared skins for Xayah and Rakan

Over 4 years ago, the creators published a mysterious announcement, which suggested that a couple in love will hit Summoner’s Rift. The new heroes were announced as Harpy and Fenix. A cryptic text appeared that read: She fights for the cause. He fights for her. Players initially didn’t know which of them would be the marksman and which would act as support, but it was certain that both characters would be for bot lane.

Over time, it was revealed that the mysterious two were Xayah and Rakan – a couple who became a symbol of love and referred to the theme of a mythical creature from Chinese folklore – Jiāna – a bird with one eye, one wing, and one leg. In order to fly, the left half bird has to find the opposite sex right half. They cannot survive alone, and together they can traverse the sky and see in two directions. It is an ancient symbol of true love and the bond between husband and wife.

It was quickly noticed that Riot wanted to focus on the relationship of the two heroes. The characters received common skins, including one, of course, on the occasion of Valentine’s Day – the Sweetheart series. The exception to the rule was iG Rakan, which premiered in April 2019. The community turned a blind eye to it, claiming that it is a team skin, so it has slightly different rules than the rest of them. After time, the couple got more common skins such as Star Guardian (2019) and Elderwood (2020).

Everything changed when the Brave Phoenix Xayah appearance was shown in early August. Gamers began to realize that this was a sign that Riot was clearly breaking the pattern. Some explained to themselves that the creators wanted to equalize the number of skins of both lovers. Others thought that a Phoenix skin for Rakan would make little sense since his basic appearance was to allude to a phoenix. 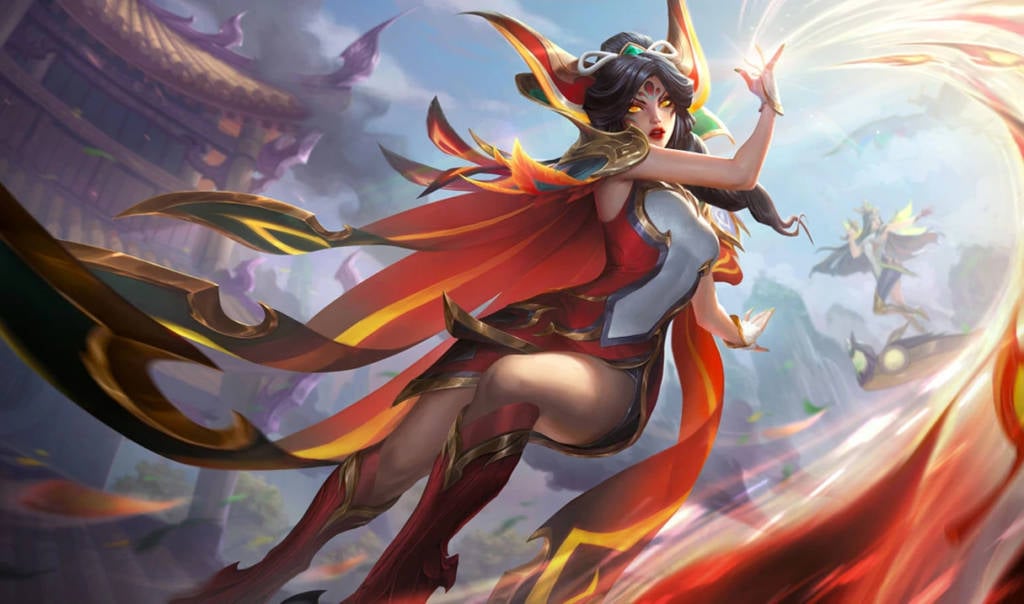 Riot decided to dispel all doubts. Riot Eggo McLego wrote in one of her posts:

As you can see, the developers want complete freedom in creating new cosmetic items for their characters. The assumption that the pair would get shared skins every time was a bit limiting, due to the fact that not every theme suited both heroes. Now Riot has more room to show off and can surprise its players more.