Old Jinx skills that were supposed to make her ADC Udyr.

Jinx, released over 7 years ago, is still very popular. Some people are wondering, however, whether the champion would really look like this if she had a slightly different set of skills.

The developers initially wanted her to become a ranged Udyr, which means that any skill change would involve modifying auto attacks.

Over the past few weeks, the Loose Cannon has been picked a lot and has won an extraordinary amount of matches, leading to her nerfs in patch 11.9. With her distinctive cannon and minigun, Jinx is loved not only by players, but also by cosplayers, and it’s hard to imagine that her skill set could look any different. 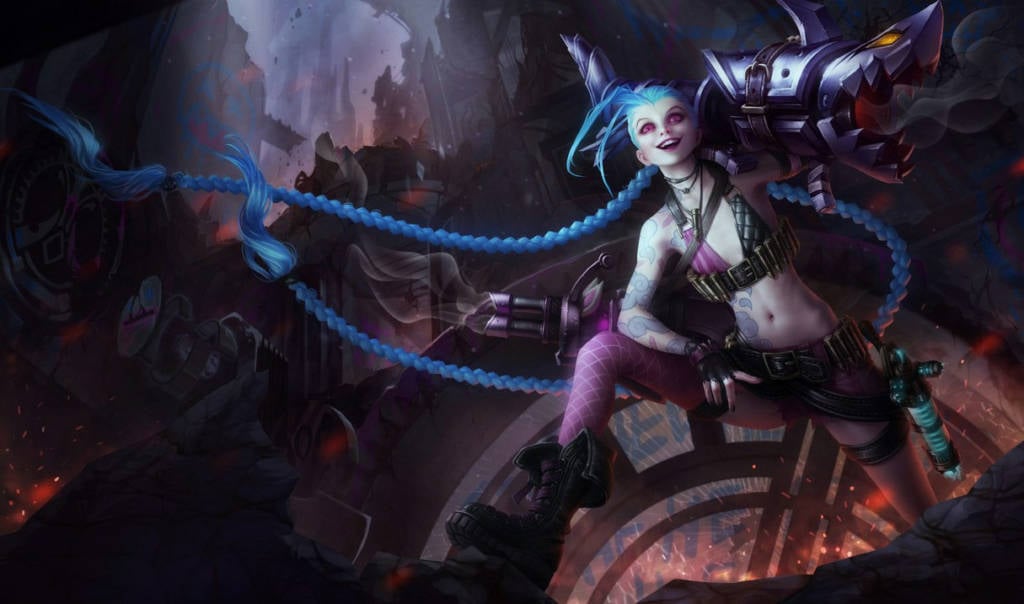 In fact, however, it was so, and the designer of Viego, Senna, Gnar, Jhin, Kayle and the discussed Jinx shared the first concept for her abilities:

We consolidated the weapons into the rocket launcher + minigun on Q so we can throw in some more cool throwing skills. Shock Rifle turned into “W” Zappy Gun and we decided to give her grenades on E.

ALSO – Riot is reverting some of the changes from Update 11.10 because of critique. What exactly is changing?

Commentators quickly noted that Jinx was the progenitor of Aphelios, who is now considered a “ranged Udyr” and relies heavily on attacks. After all, such old concepts are a nice curiosity, especially for maines of given characters.