A competition related to the latest League of Legends event has been announced in Korea.

Right now, most of LoL’s stuff revolves around the Sentinels of Light event. As you know, Lucian and Senna traveled through Runeterra in search of candidates for new Light Keepers to help them fight Viego. He spreads Black Fog around the world, which causes ruin.

In addition to the new Sentinel and Ruined skins and a client event, Riot has gone a step further and released figures representing the new Light Sentinels lineup. What do they look like and how can you get them?

Lego figures with the Sentinels of Light theme

Lego bricks do not really need to be introduced to anyone. Probably everyone knows what the figures of a well-known producer from Denmark look like.

The figures appeared as prizes in a competition on the Korean League of Legends fanpage on Facebook, which lasts until July 18. The organizers will select 100 people to whom they will send the prizes. Characters will be selected randomly.

The appearance of the champions in the Lego version can be seen on the graphics below: 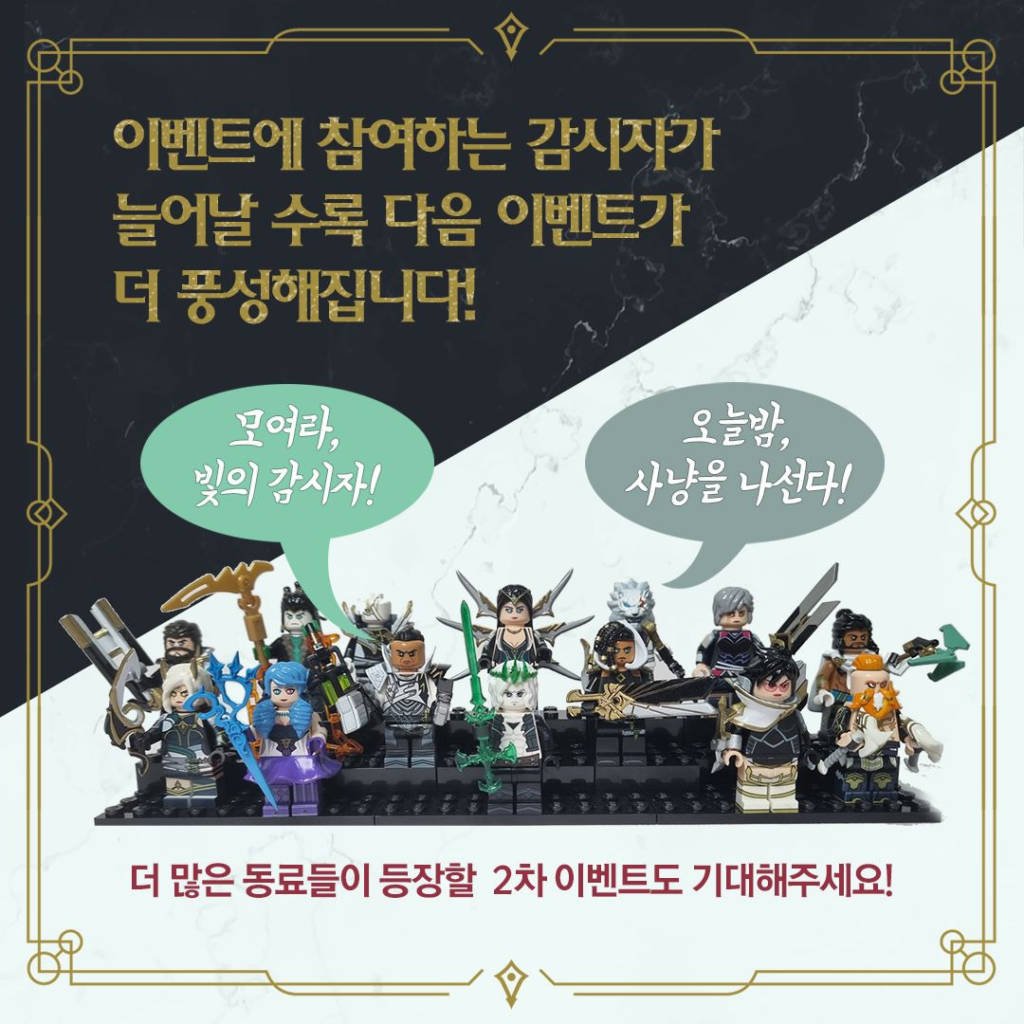 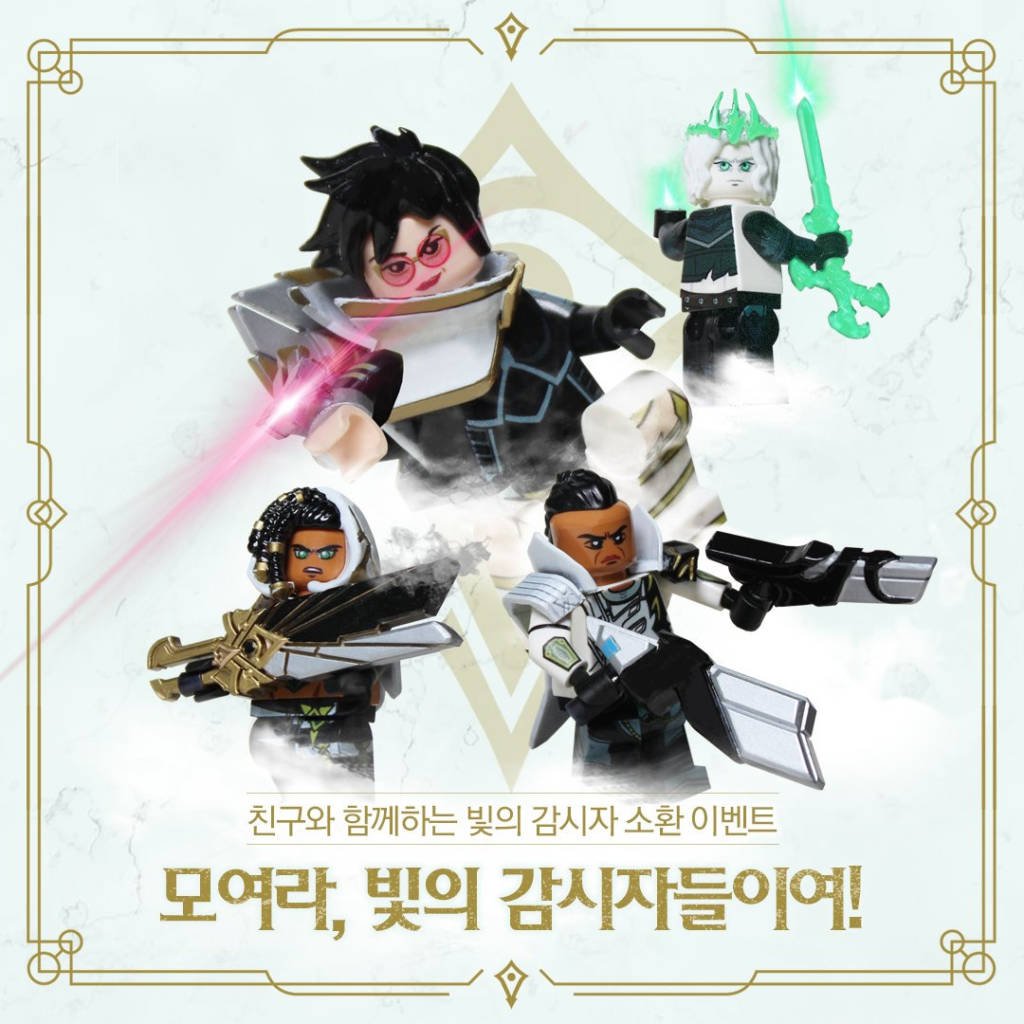 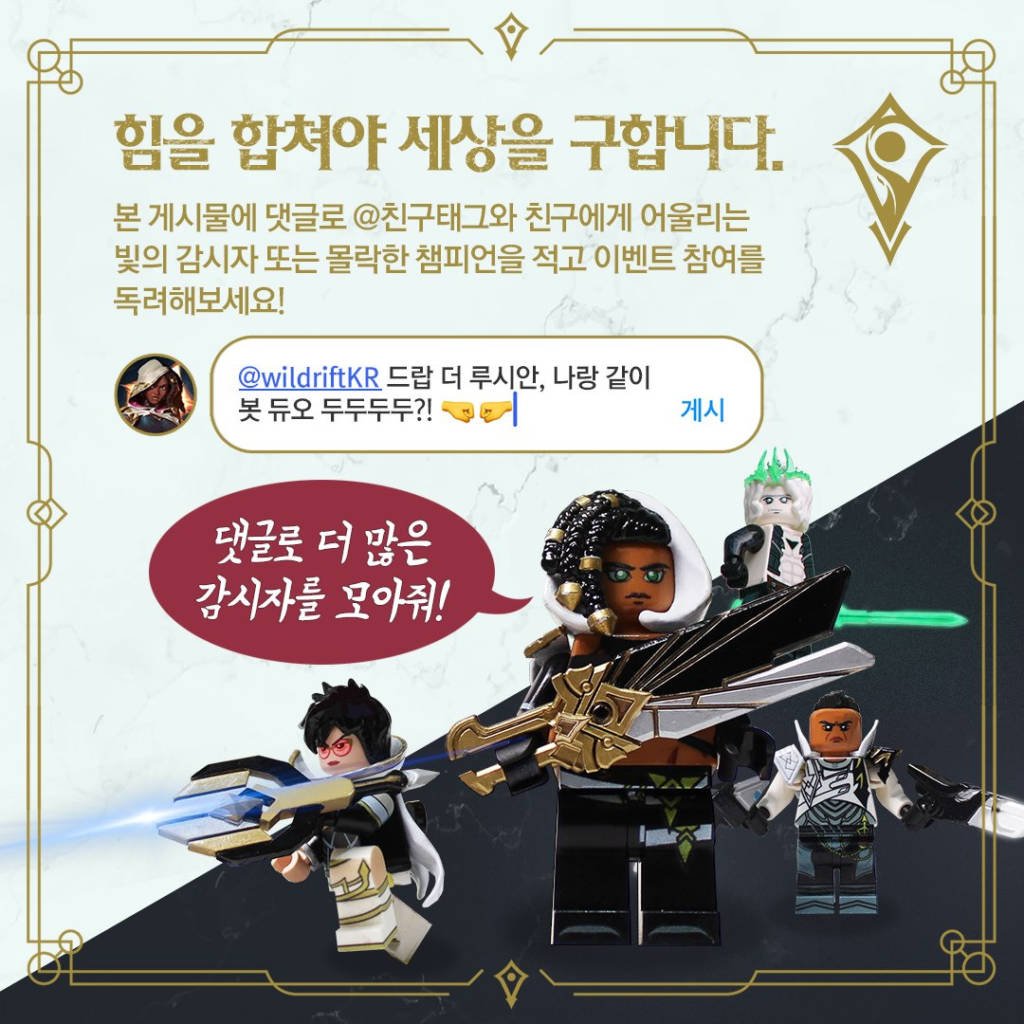 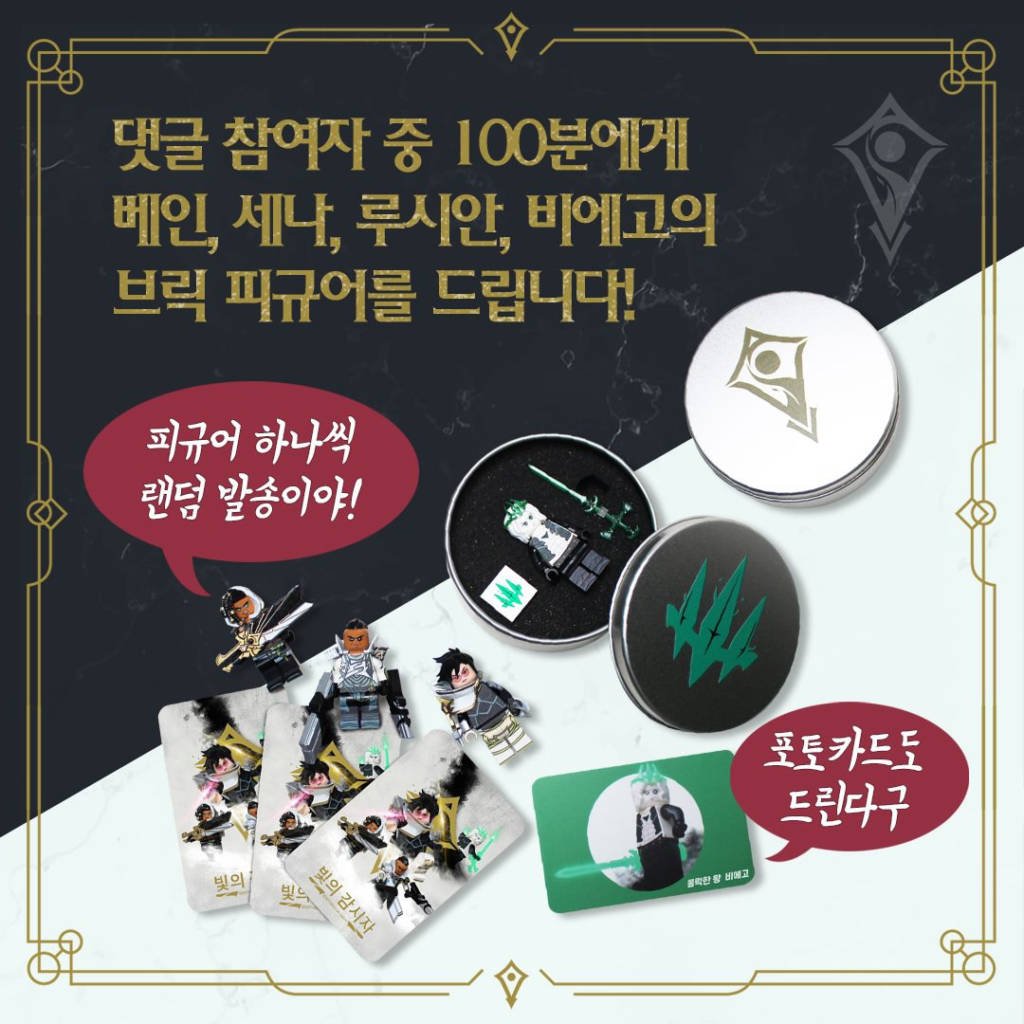