One Rioter shared the list of champions that will be hit with nerfs and buffs in patch 11.14.

League of Legends regularly receives updates in which the developers, among other things, try to deal with heroes who are doing too well and slightly strengthen those whose win ratio is unsatisfactory for players. Rioters often show in advance who exactly will receive the changes before sharing the complete patch notes with the community.

This time around, one champion drew the most attention, gaining strength after the latest item changes. So much that his winrate on three different lines is over 53%. It can be said that the character is dominant in SoloQ and, as expected, will be weakened. It is, of course, the Nocturne.

READ MORE
One player’s idea for more LoL bans. Should Riot introduce this?

Who gets nerfed and who gets buffed?

Here it will be very interesting because Riot has a really difficult task. Stridebreaker changes have made Nocturne OP in top lane: 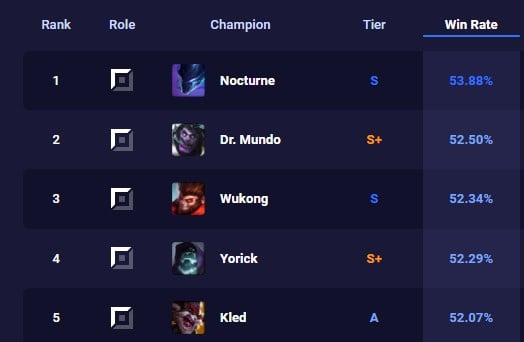 It is also TOP 1 in the jungle, because why not: 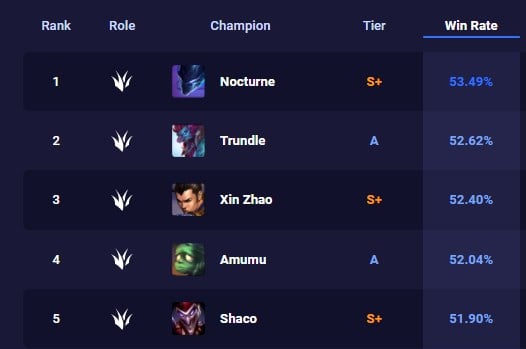 TOP 2 is exceptionally high on the MID, behind Malzahar: 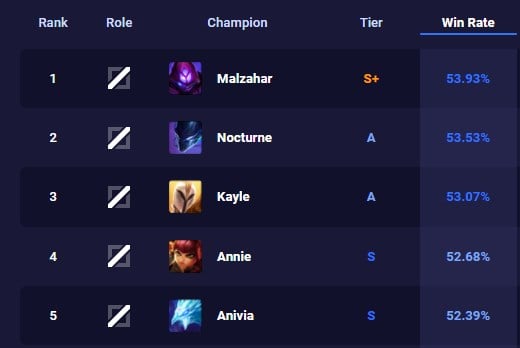 No wonder he gets nerfed. The only question is whether Riot will overdo it and make Nocturne useless. Still on the list are:

ALSO – How much is a Riot Scuttler worth in League of Legends? Play from the pro stage, criticized by Tyler1 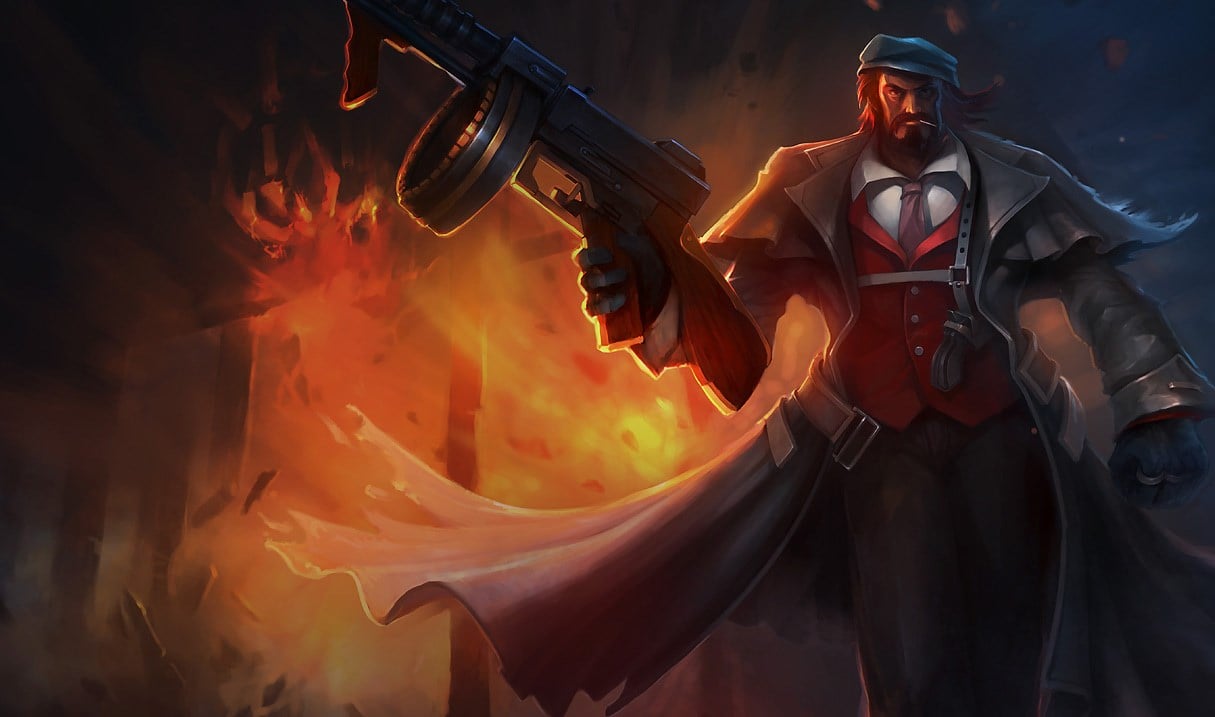