Aurelion Sol receives a nerf, which the community dislikes.

In League of Legends, we already have almost 160 characters, and each one is different from the rest. While some heroes have been doing well since launch, and typically Riot doesn’t interfere too much with them, they can sometimes “misfire”.

A great example is Aurelion, who was really strong at the beginning, later he got a little rework, and now… he has literally a few mains who do not give up and still play with the dragon. Now, however, the developers have announced the nerfs of the, already in a poor state, Star Architect, which the community does not like.

READ MORE
LoL 11.15 – Who’s going to get the nerf and who’s the buff? Nerfs for Korea’s TOP 1, a weakening of Irelia and more

Tonight we got to know the list of changes for the next update numbered 11.15. Although players are not surprised by the presence of Viego, Gwen, or Irelia, Aurelion Sol is very controversial.

Thanks to the website leagueofgraphs.com, we can take a closer look at his current statistics and, as we will notice, although his Win Rate is slightly higher, the popularity is around 1%, which shows that practically no one is playing him. 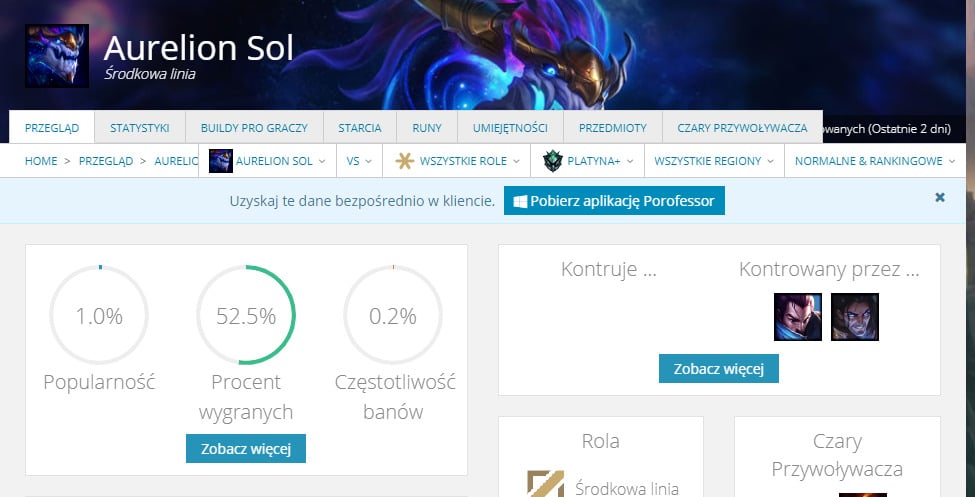 This means that after these nerfs it will probably drop even lower, and as his fans note, the high Win Rate is not due to the fact that it is very strong, but due to the experience of the players who play him, because “you either main him or never touch him.”.

In a special thread dedicated to this nerf, the community discussed what Riot wants to do. The author of the post compared Aurelion to Yone, who is still not nerfed, has no mana, but has several dashes and is simply broken.

Some commenters laugh that it’s best for Riot to remove Aurelion and not bother with it, and after this nerf, the last hero player they saw in Season 9 is likely going to be sad. 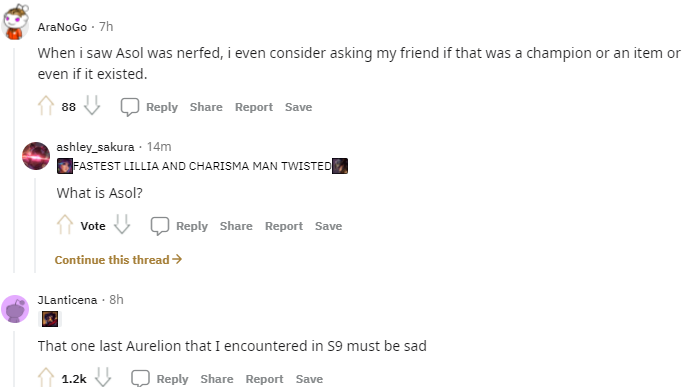 At the moment, it is not known how serious the nerf will be and what exactly the developers are planning to change. Perhaps it will be the legendary 5 movement speed points, or something different and insignificant. However, the controversy will remain and it is not known when Sol will come back alive, of course if he will come back one day.