The community believes that Riot should change something about Viego’s abilities to make him more balanced.

The Ruined King is one of the newest champions in League of Legends. He showed up at Summoner’s Rift earlier this year and quickly made a big fan base. Unfortunately, due to unusual mechanics, the hero caused many problems and for a long time, the creators had to fight with the errors he caused.

Today, a lot of people say Viego is still problematic. The point is, he is way too strong in certain situations, which can be frustrating.

READ MORE
Players are complaining about the new event in LoL – Rise of the Sentinels. They think it takes too long

Whether Viego is too strong and influencing the outcome of a match both in the early and late game is a topic of much debate in the League of Legends community.

Although his win rato does not indicate a problem, as it can be considered fairly mediocre, some characteristics of the hero are, according to some, really unbalanced. According to them, a champion can be really disruptive if it ends up in the hands of someone who knows how to play it.

Ruined King resets can be a tremendous advantage in team fights. It is through the mechanics of the character that players decide on a different build than it might seem. Today, the vast majority of Viego fans build Divine Sunderer (instead of, for example, Kraken Slayer). What’s more – the hero, even if he does not do well during the linear phase, can still turn the game upside down in the later stages of the game.

His playstyle is low risk and high utility, which makes him incredibly popular in the pro and solo queue scene. Due to this fact, part of the community began to feel that the hero was OP. 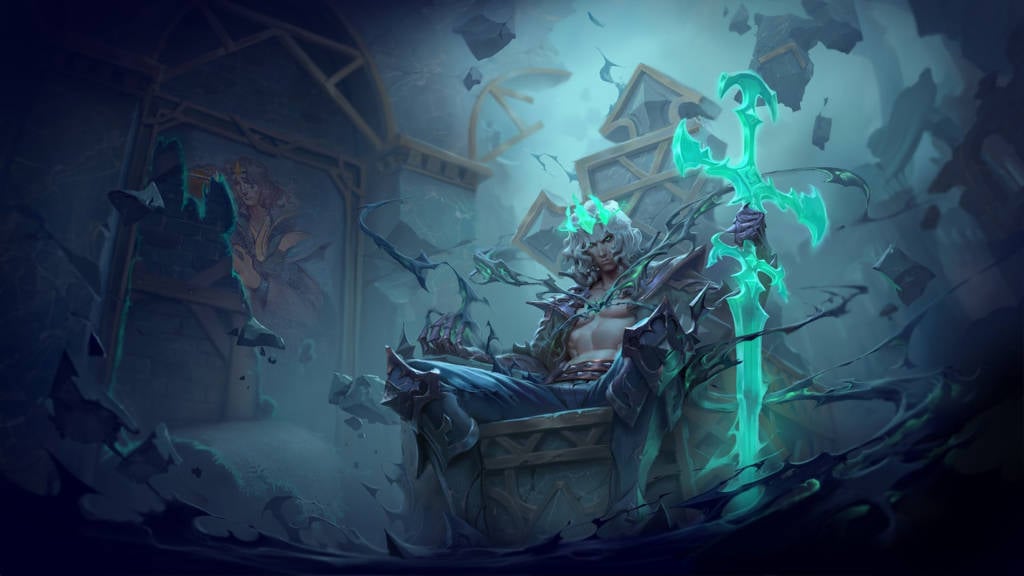 Players began to wonder what could be changed in the Ruined King to make it less annoying. One of the fans had an interesting idea:

The main issue is that Viego isn’t forced to invest that much into damage when his team can get his resets for him, which allows him to build tanky, i.e. Divine Sunderer, Steraks, and Randuins. His viability probably lies in the fact that he’s a tanky reset character, which doesn’t really work in this game. Powerful reset mechanics are supposed to reward decisiveness and good reaction to not be totally obnoxious to deal with.

The player suggested that the transformation into the opposite hero should depend on the amount of damage dealt by Viego.

By introducing a threshold for the damage Viego must deal in order to transform into an opponent, some of the major problems with the Ruined King’s skill set would be resolved.

Such a change would force Viego to focus on damage-boosting items like the Kraken Slayer and Blade of the Ruined King, which would make him less durable at the same time. Following the changes, the Ruined King would need to be more active in combat to make the most of his passive.