For several dozen hours, as with the rest of every year, there has been a fierce discussion about rainbow items that appeared in League of Legends.

From May 17, Riot supports the “International Day Against Homophobia, Transphobia, and Biphobia”, as a result of which rainbow elements appeared in the games of this studio, for example in the form of player icons or rainbow effects when moving. 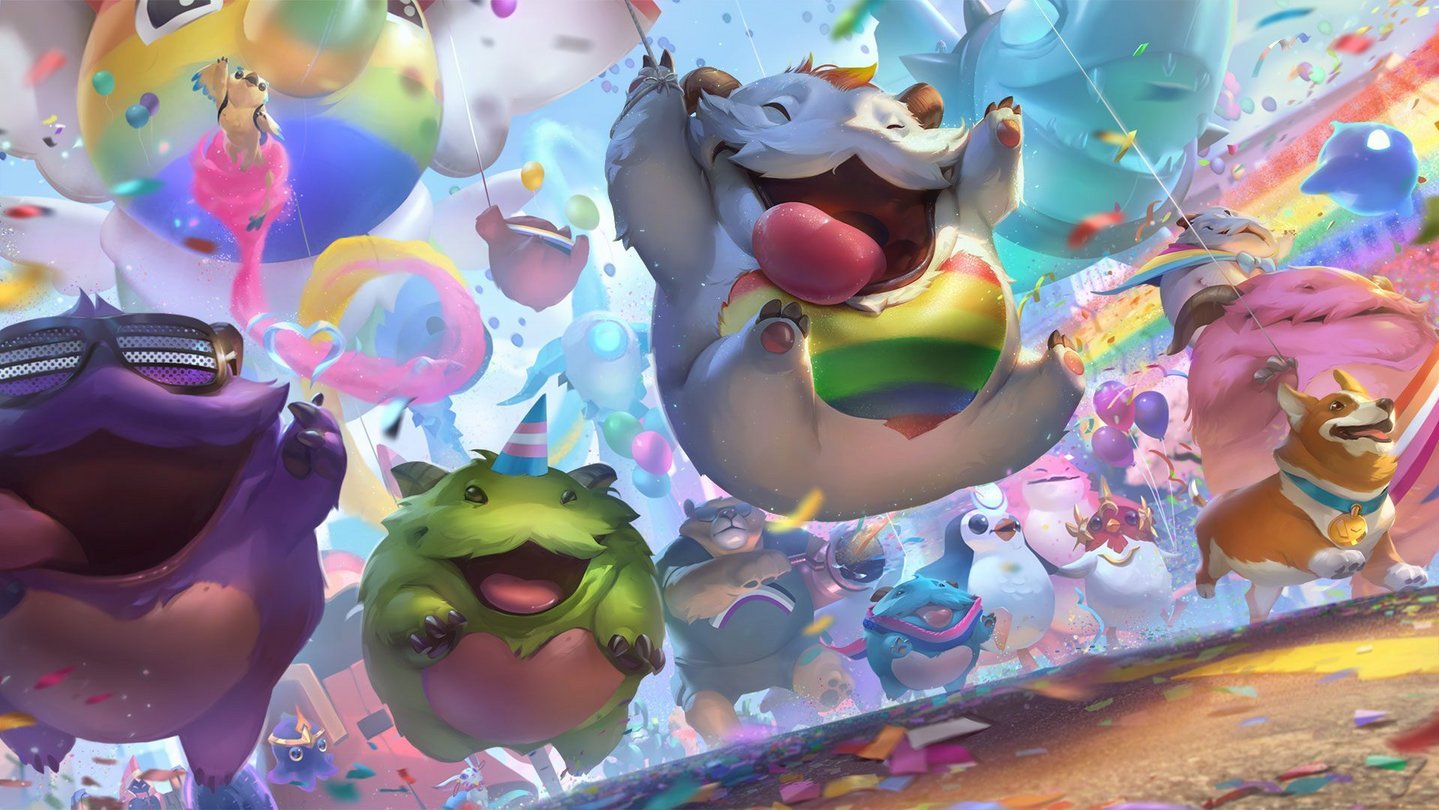 It evokes a lot of emotions every year. Mainly because many players are against adding these types of items to their favorite game. As a result, situations arise, such as the one described by “Firepup16Cp” on Twitter.

READ MORE
Bard would be the perfect League of Legends jungler? Where do such conclusions come from among players?

You can read about the LoL event itself on Twitter, where a lot of people express their opinions. Some support the celebration of IDAHOTB in LoL the most, others are definitely against it.

This can be seen, for example, in the most popular entry on TT, which shows how players react to the effects of rainbow items. 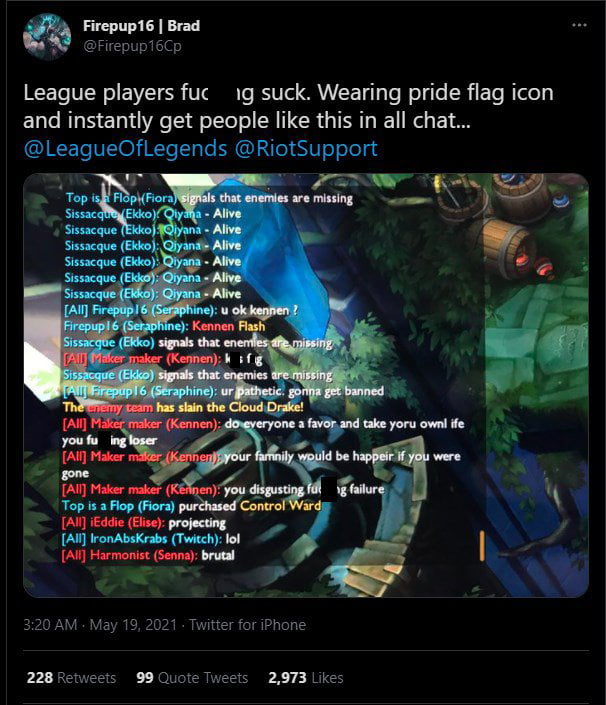 What exactly does it say? Obviously, it starts with “k*s f*g”, then comes persuasion to take players their own life and saying that “your family would be happier if you were not there”. 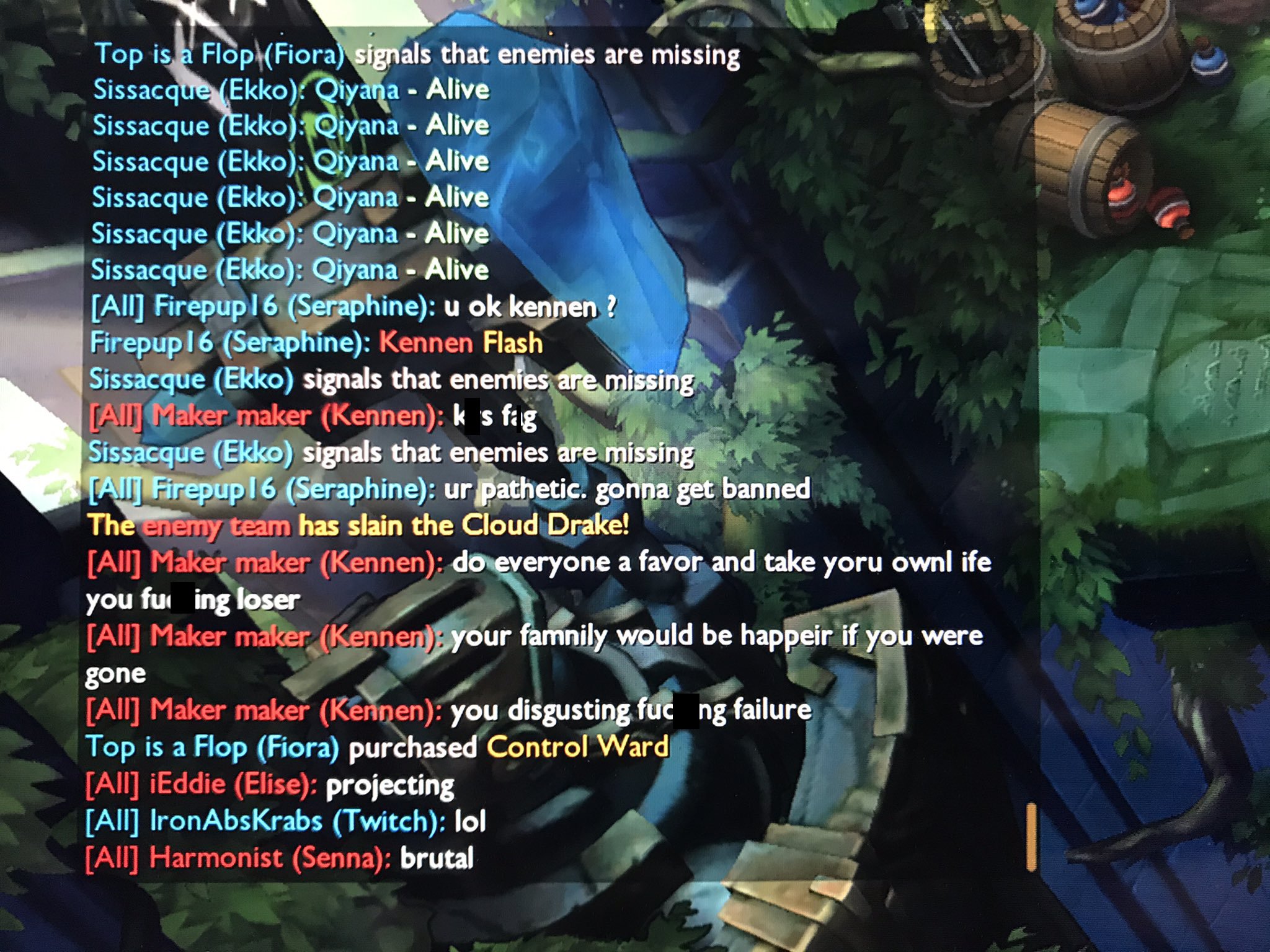 People in the comments started writing that they had exactly the same experiences. The use of rainbow icons is supposed to have a very negative effect on everyone around. Allies troll, do not let you win, they go AFK, writing directly that they are doing it because of these icons.

This type of situation repeats itself practically every year. Riot announces its support, there is a lot of controversy in the community and it ends up with additional divisions and toxicity in games. Many people also use this event to publish various kinds of baits.

Even IDAHOTB supporters more and more often mention that nobody is positively affected. Of course, such scenes should never take place, but, as we read on Twitter, such statements could be expected – they appear every year. 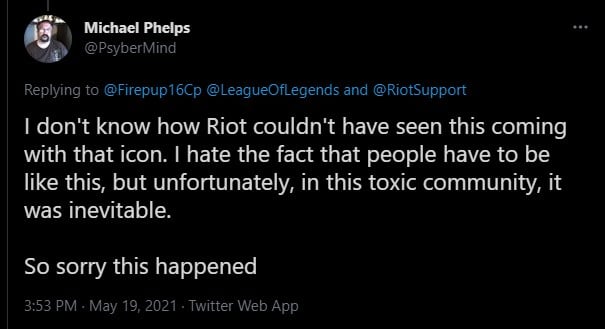 It is easy to conclude that it is best not to add these items, but that does not in any way solve the main problem of toxicity. You might as well use the chat mute option and simply report these symptoms to the support, hoping that negative players will suffer the consequences.