How did it happen that Twitch got trolled?

Twitch is a huge streaming platform and almost everyone who is interested in esports, games, or simply internet creators knows it. It is therefore hardly surprising that a permanent blockade can destroy career opportunities.

Accordingly, employees responsible for imposing bans should approach it with caution and solid evidence. In this case, however, they got trolled.

On the Internet, we can find a lot of platforms on which streaming is possible. The largest of them and created only for this is Twitch. It has made it possible for many people who have become practically addicted to it to make a career. It is hardly surprising that getting a permanent blockade of your account is so shocking and can destroy your career path.

Consequently, many users feel that bans should be justified. However, this was not the case with Bluelikeblue. He began streaming in Season 10 of League of Legends and was quickly hailed as one of the best Kassadin players in the world. At that time, however, there was also another Kassadin’s main on the platform, also from Germany and also listening to similar music, known under the nickname Permabanxd. 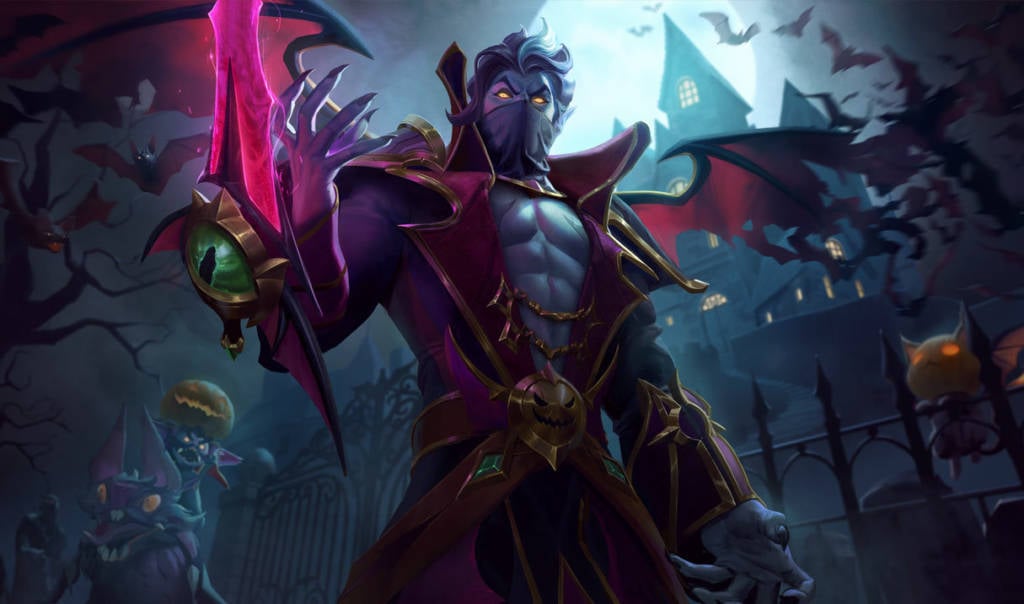 The community started joking and making memes that they could be the same person because of the great similarity. Ultimately, however, Permabanxd got a permanent ban and said goodbye to Twitch, because the rules do not allow the creation of other accounts if one was blocked.

Bluelikeblue decided to make a joke on Twitter and wrote a short entry that bluelikeblue = permabanxd. As he stated in an interview for the portal dexerto.com:

Some people believed it, mostly new people. Either way, the tweet caught interest, and so did my stream. The viewership grew from 150 to over 200, I ended up averaging 400-500 when I got banned.

According to the streamer, he was banned for “circumvention” and was not allowed to return.

I thought it was obvious that I wasn’t him, and I never expected Twitch to ban me for it. Being unfairly banned and completely innocent, I started sending appeals to Twitch support asking for the reason and claiming I was innocent.

After eight months he received a reply, it turned out that they linked him to a Permabanxd account and thought that he is the same person.

It’s worth mentioning that bluelikeblue broke Twitch’s rules and created a new account after his first was banned. 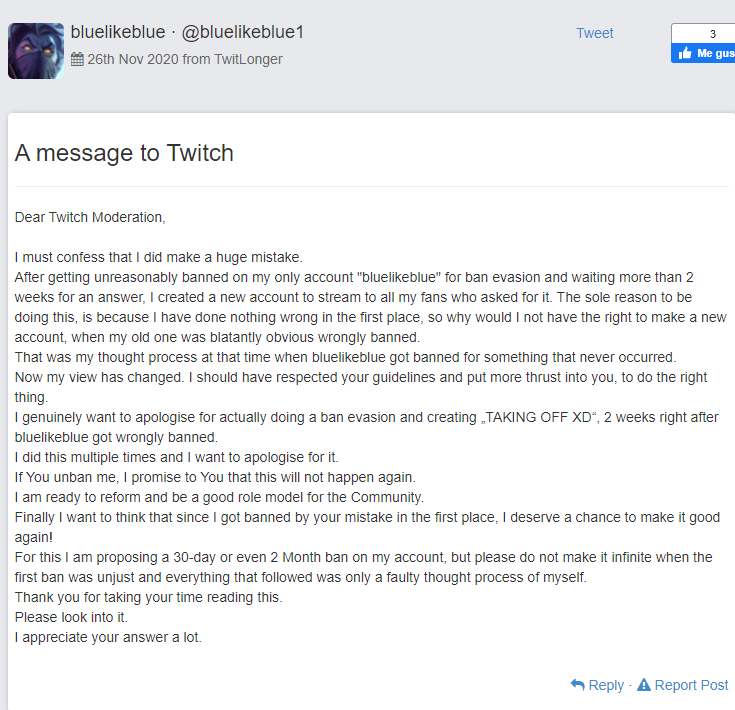 Will he be unbanned? This is unknown, but at the moment he is still fighting for the account and sending appeals.