Part of the LoL community believes that Riot has overdone Thresh’s looks in his latest skin.

Probably every player knows that there has been a lot of talks lately about the upcoming event, which focuses on the Ruined King Viegi, the ruin, and the Sentinels of Light. On this occasion, many themed skins will be added to the game, not only from the Ruined series but also from a completely new line referring to the Senna and Lucian orders – Sentinel of Light.

Among the announced skins appeared Thresh, whose splash art quickly aroused mixed emotions. All because, according to some, Riot turned the dark and brutal champion into a hero who looks more like a model from the cover of a magazine than a ghost from the Shadow Isles.

READ MORE
How dangerous is Rammus who has around 2,000 armor? One of the players found out

First, it is worth presenting how the mentioned hero is described in the game’s plot. You can read that he is the ambitious and restless spirit of the Shadow Isles. Once the keeper of countless magical secrets, he sought a power greater than life or death, and now he exists only thanks to his terrible creativity in inflicting slow suffering. Thresh is supposed to be dark. Riot explicitly writes that he is a sadistic and cunning character who imprisons the souls of his victims to torture them for eternity.

After such a description, many people imagine a truly terrifying monster that no one would like to meet on their way.

Gamers from all over the world love Thresh for his design – a ghost who has a skull with a dark smile instead of a face, clad in dark robes and holds a hook with a chain attached to it in his hand. 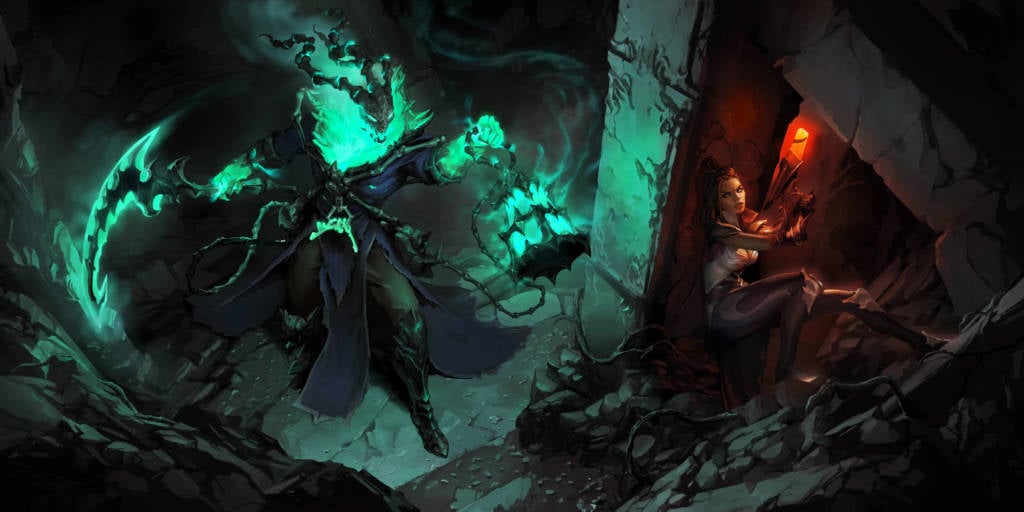 However, at some point, Riot decided to change the approach to the hero and began to go in a direction that hardly anyone expected.

It started with the Spirit Blossom skin, which was released for the event of the same name in the summer of 2020. To the surprise of a large part of the community – Thresh this time appeared in his human version. Moreover, his new appearance showed him as a handsome young man. 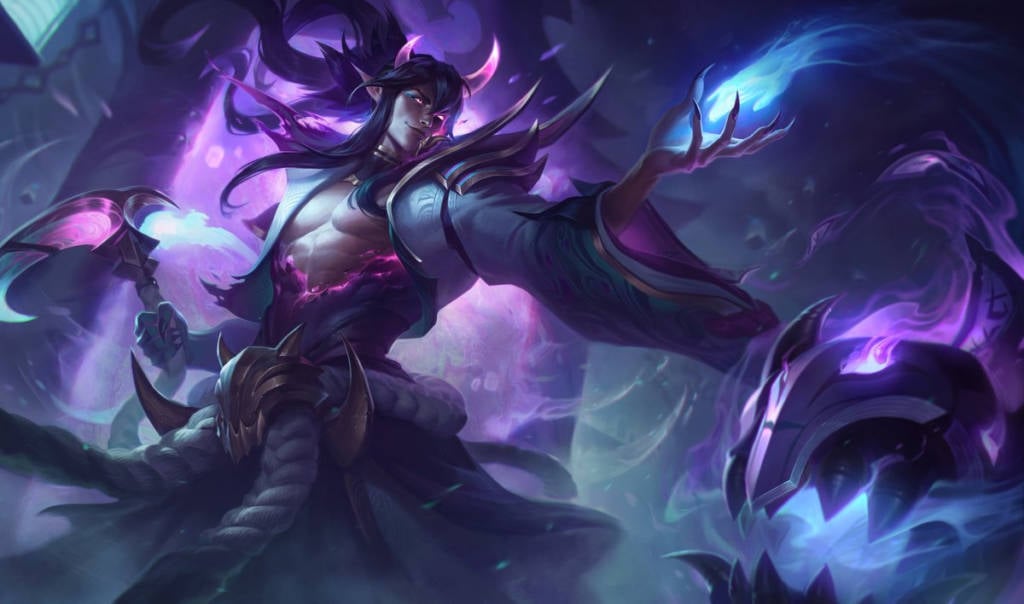 Over time, some players got used to the new appearance of Thresh and decided that Riot probably went to something similar to make the hero better fit the theme of the event. After all, he is not the only one who has acquired a human appearance. It was the same with Kindred.

After a year, it’s time for another skin, this time related to the Ruined King and the theme of ruin. Riot shared the art for the latest Chain Warden skin and it has unleashed a storm in the game community again.

Many players have asked directly – why the new Thresh is not like a sadistic ghost, but a hot, young guy? He has a human face and a perfect body again. Why is Riot doing this again?

I’m mainly upset about some of the champs’ chosen for a LORE skinline but this design really misses what’s special about the canon, actual character of Thresh.
Thresh as the evil guy he is does not care about looks, if anything he embraced his transformed image. 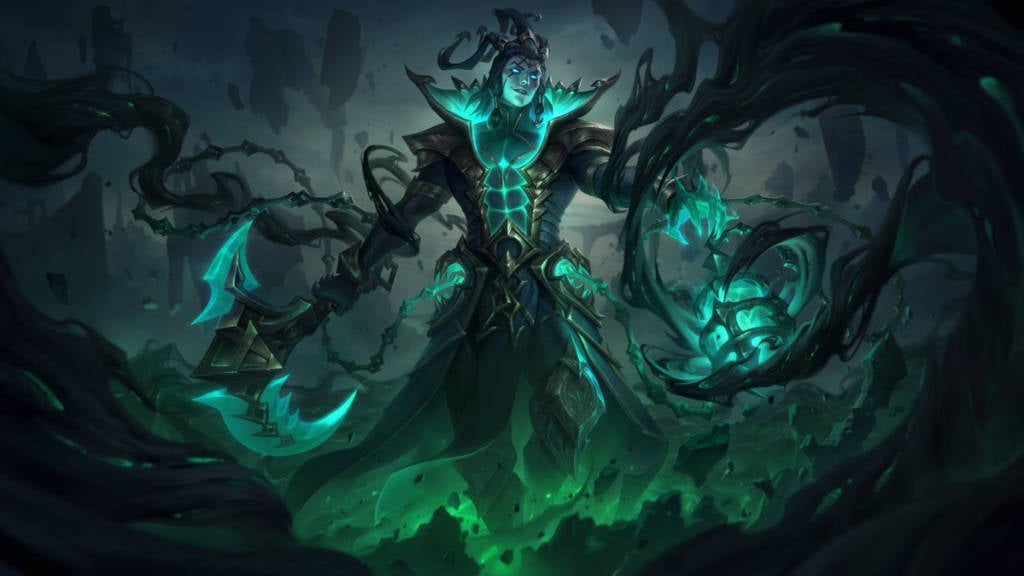 HOW MANY TIMES ARE WE GOING TO TURN THRESH INTO AN EBOY? 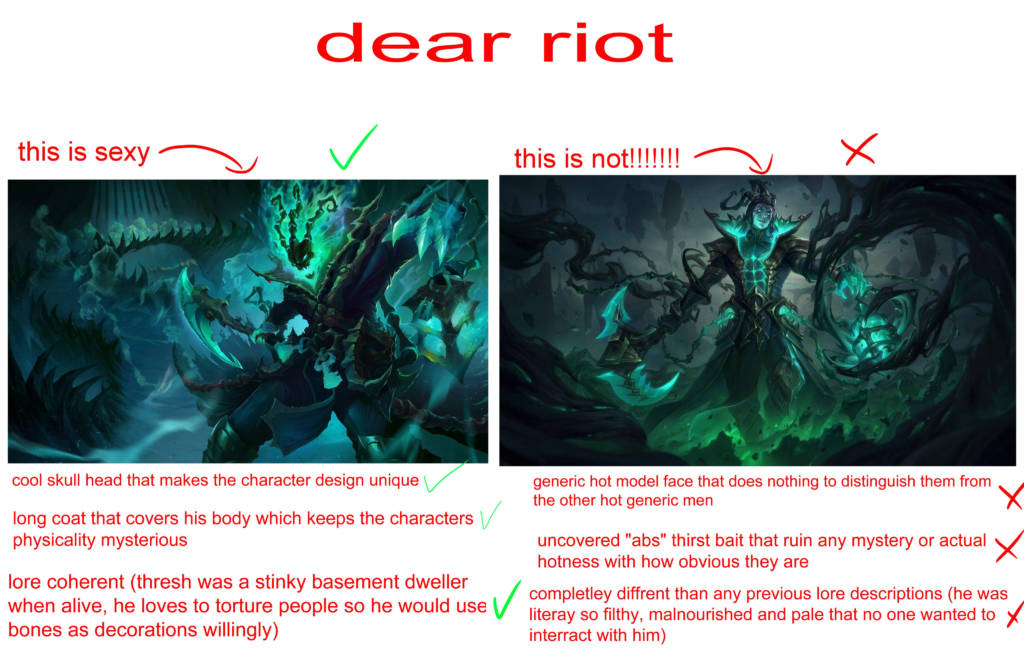 Many fans have complained that Riot doesn’t understand their needs. Thresh fans send massive posts explaining why the previous skins were better. They claim that in such editions as Dark Star or High Noon, the hero is much more attractive than when he is turned into a human with an unimaginative appearance.