According to many players, the champion is now a really strong jungler.

At a time when Hecarim had a hard time and his stats went down, it is now clear that his worthy successor to the title “OP” has appeared. In cycle 11.8, she had the highest win rate in terms of the jungle.

After patch 11.9, she is banned most often, despite the fact that she just got nerfs. Who is it about? Morgana, of course. You can see that Riot tried to limit her strength, but at the moment it did not help much.

Morgana needs no introduction. She is one of the fairly old characters, and she appeared in League of Legends on February 21, 2009. From then on, she appeared on various lines until she became a support, which she played as the most in recent times.

That changed, however, and the heroine became an incredibly strong jungler. Many players were shocked and did not expect this character to perform so well there. What is the reason for this?

READ MORE
Chrome of the latest skins, new emotes and icons from League of Legends

Morgana OP as a jungler

A few patches ago – whether at the beginning of season 11 or in season 10 – the dominant role of Morgana was support. According to statistics, the heroine appeared in that role in 80-90% of her games, so the advantage of this position was undeniably dominant.

Everything changed when Riot decided to introduce some unusual champions to the jungle. More than 3 weeks ago, an article appeared saying that the creators want to send to the jungle, among others, Darius, Zed, and Morgana (see: These champions could soon hit the jungle in LoL with the 11.8 patch buffs).

How did it happen that Morgana was hailed a great jungler in such a short time? Contrary to appearances, it did not require many changes. It’s a good idea to go back to Patch 11.8, which mentions the following:

This change made the champion become a jungler and appeared in the jungle in almost 56% of her games. This result is impressive. The buff made the character very efficient at clearing camps, and what followed – she was able to gank and help her team beforehand.

According to lolalytics.com, the heroine currently wins over 53% of games and is in tier A. Its pick rate is 8.64%, and the ban rate is 57%. 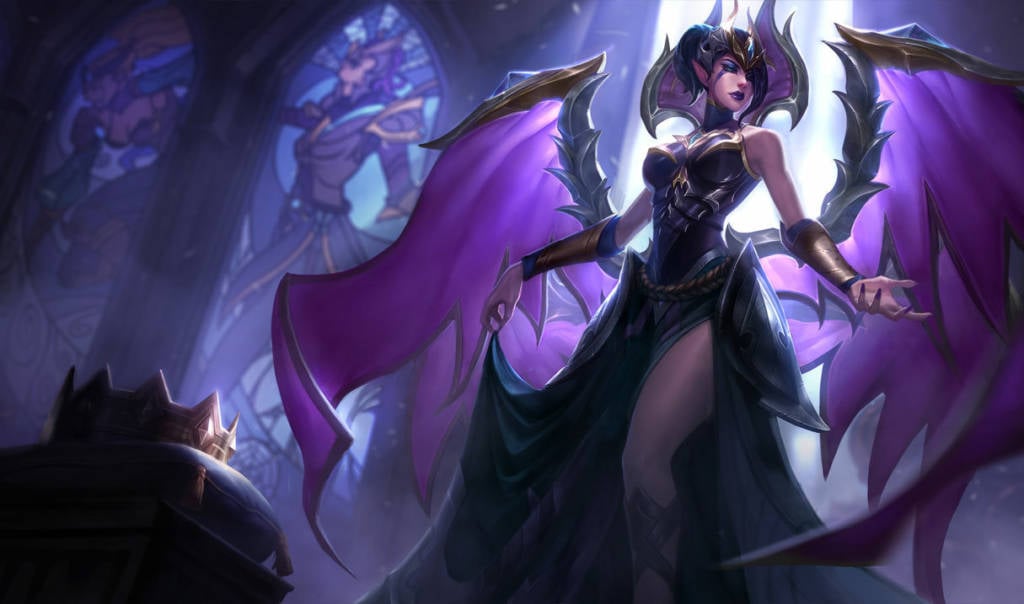 The build that statistically has the highest win rate is as follows:

Below is the set of runes with which players statistically win the most games with:

It is to be expected that Morgana will be nerfed again, at least looking at the current stats.