Rumble phenomenon, which after a few buffs becomes really strong in the jungle.

In patch 11.9, which went live on Wednesday April 28, Riot Games decided to weaken Rumble a bit so that he doesn’t dominate mid lane.

Therefore, players decided to use it in a slightly different way and now it is a regular visitor to the jungle. How to play it, what items and runes to choose, and what do you need to know?

READ MORE
Troubling situation from League of Legends. Kayn got a kill without even touching his opponent

During the currently ongoing Mid Season Invitational 2021, there was only one champion who has appeared in 100% of the matches so far. Banned 16 times and selected in 9 matches, Rumble turned out to be a nightmare for opponents. Seeing this kind of development, players decided to move him to the solo duo queue. The Koreans especially noticed its potential.

After the nerfs of Hecarim, Udyr, and Turbo Chemtank and Deadman’s Plate items in Patch 11.9, the power of these two has dropped significantly and other heroes have gained strength. Characters who use Ability Power to clear the jungle-like Morgana, Fiddlesticks, and Elise took over the meta.

A similar situation is with Rumble, who currently boasts a 100% participation in MSI 2021 matches and a steadily growing popularity in the solo duo queue.

While nerfs were made this patch and he is no longer so popular for mid, the buffs from Update 11.8 turned out to be surprisingly good to place him in the jungle. But how to play it?

For this purpose, we will need the appropriate runes – the key trees will be Domination and Sorcery: 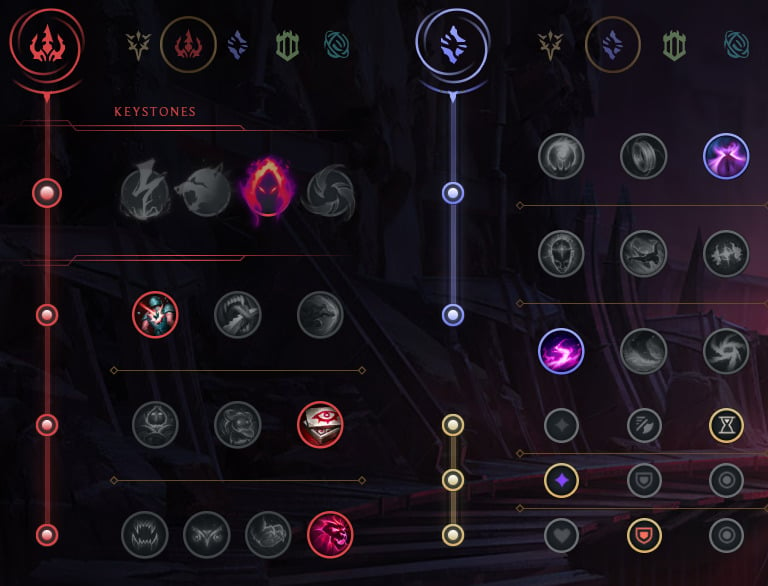 We usually start the game with a blue jungle item and renewable pots. As for skills, first W, then pick Q, E. Maximize Q >>> E >>> W. After making all camps with monsters, we can start ganking. our ultimate with short renewal time will help greatly with that

ALSO – Why is this champion considered the Best Designed in League of Legends?

Rumble works well with CC-wielding characters like Morgana, Le Blanc, Qiyana. He also works great as a counter against Elise, Morgana, and Nidalee, who have been picked up quite a lot lately.