A little Sona rework to help her get back into the game.

Once extremely popular, now seen very rarely. Sona is no longer so eagerly chosen in relation to the new heroine – Seraphine, who is very often compared to her by the LoL community.

She is also not doing very well in the new season. The developers noticed it and decided that it was a good opportunity for small changes for Sona. What will change and when will rework be introduced to the game?

The 2021 season is certainly not good for the Maven of the Strings. Not only is there a new and better version of her with stronger and less mana-costing abilities and ult, but also items do not seem to fit her playstyle. Therefore, Riot Games decided to change her a bit, which was announced at the end of March. 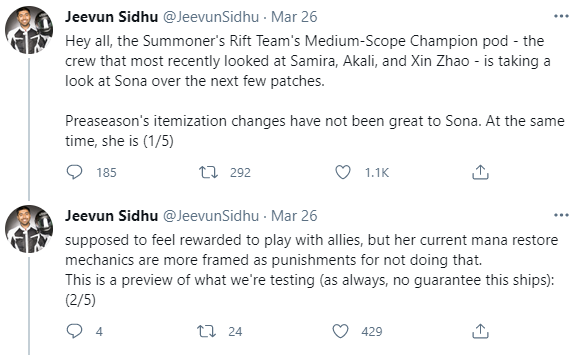 What is about to change?

ALSO – What does the mysterious music that appeared on the LoL test server mean? It’s probably about that

It was announced tonight that the project has now been approved and Sona is currently in the “graphics resource allocation” phase which could mean new animations or visuals. It should hit the official League of Legends servers in late summer this year.