Details of changes and news for patch 11.11 in LoL.

We already know the final version of the patch description marked as 11.11. Many people were waiting for it for the sake of one of the characters, specifically Morgana. She has recently took her toll on the community, reaching even 70% banrate.

In this one, we’re looking back at changes we made earlier in the season and seeing how the dust settled. This includes curbing Jungle Morgana, whose buff from last patch worked too well and skewed her away from her primary roles. We also threw some love to Ryze, who’s been blue since the item shakeup (although he’s just blue overall).

Then, we adjusted two champions who are commonly found with two items, namely Senna with Frostfire Gauntlet, and Master Yi with Duskblade. We don’t want a champ to feel bound to a certain item or to incentivize gameplay that feels out of character, so these changes should shuffle up more Mythic options for them while also sharpening their identities and playstyles.

To top it all off, Nexus Blitz is back and better than ever, with its own slew of balance changes.

And that’s all, my friend! See ya in the next one. 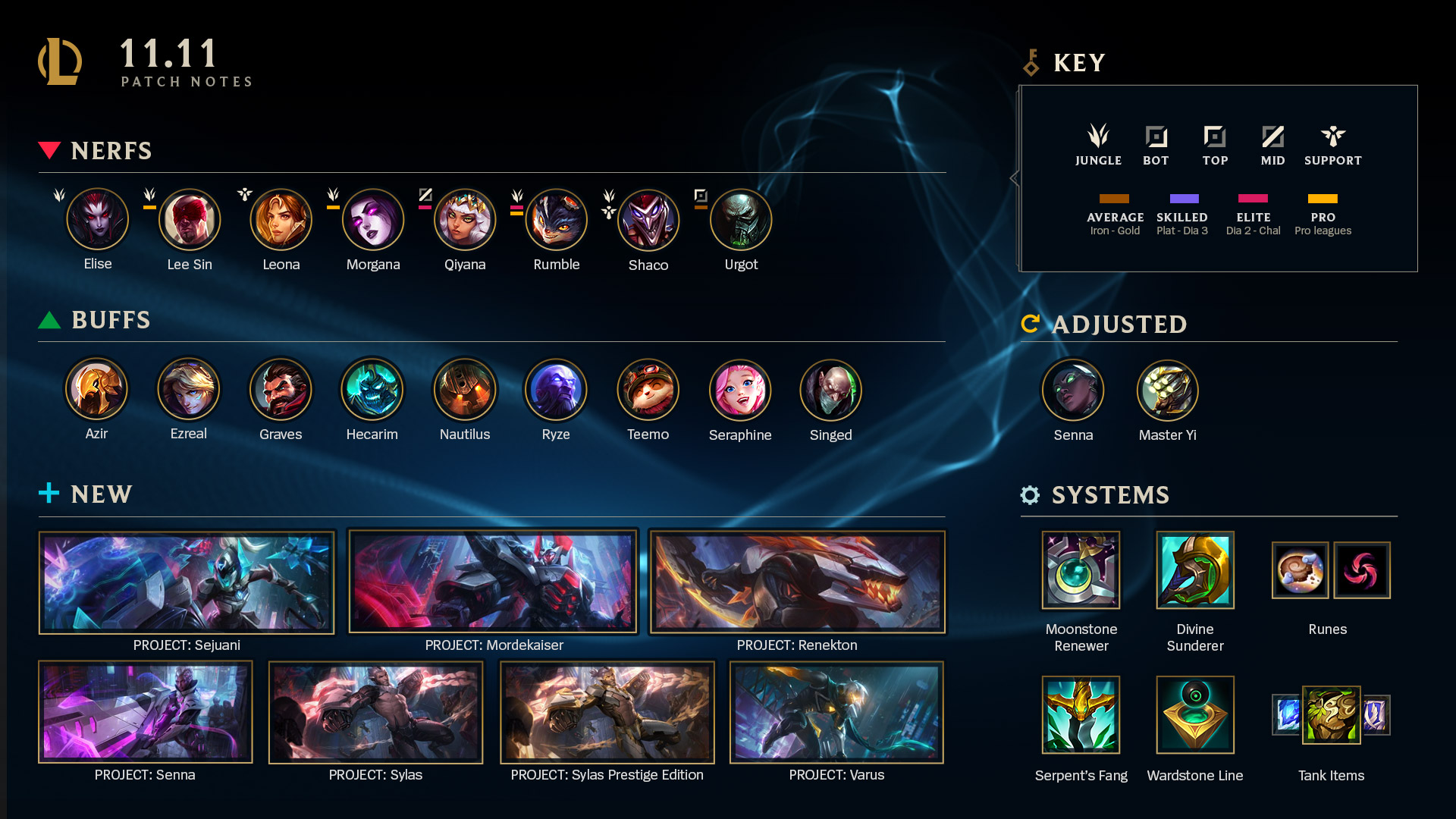 Azir was soaring too high in Pro play, so we lowered his altitude with the 11.5 nerf. Now that he’s in calmer skies, we’re making his laning phase feel a bit more forgiving.

Elise has had no trouble catching prey across all levels of play for a while now. With patch 11.10’s jungle changes, she’s crawled up and over the line. We’re reinforcing her identity as an early game jungler by curbing her damage in later stages of the game.

Ezreal is struggling across all levels of play, so we’re giving him a small pick-me-up.

Graves is having a tough time farming in the new jungle, so we’re bolstering up his holster.

We’re not trying to beat a dead horse, but with our last round of nerfs in 11.9 and the jungle changes, we kind of did. Before, Hecarim was overwhelmingly beefy and speedy, allowing him to charge down enemies unscathed. Now that his beef and speed are in a more reasonable place, we’re upping Hecarim’s damage to keep him feeling happy and hefty when he chooses a fighter items.

Lee’s buff in patch 11.8 shot him higher than anticipated in every role (jungle, top, and mid), so we’re partially pulling it back.

Equipped with sword, shield, and sun, the Radiant Dawn has been burning too bright. We’re reeling in her damage to give her enemies some shade.

Yi’s Mythic of choice is often Duskblade, which gears his playstyle to focus on Q damage and resets. Although Duskblade makes sense in certain situations, it can lead to low-counterplay gameplay that orients him away from what he does best—slicing down foes with basic attacks—so we’re shifting power around to buff those builds.

Our buffs to jungle Morg in 11.8 were intended to shine a spotlight on her ability to jungle. Instead, it propelled Morgana to be more successful in the jungle than in her primary roles, so we’re adjusting accordingly.

Many moons ago, Nautilus was a viable jungler. We’re hooking him back on deck with buffs that speed up his AoE camp clear.

Qiyana boasts a lot of things, and one of them is her early roaming potential. This has caused her to have an oppressive presence in Elite play for a while now, so we’re looking to take her down from her perch by tapping the brakes.

There’s been a-rumbling and a-grumbling in the jungle that a yordle has been a-blazing through Gromps and Bramblebacks galore. To cool his jets, we’re toning down his single-target damage to monsters.

With the preseason item changes (aka losing Rod of Ages and Seraph’s Embrace’s shield) and patch 11.10’s nerf to Phase Rush, Ryze lost movement speed and health, leaving him feeling blue. We’re padding up his defenses to put some color back in his cheeks.

Frostfire Gauntlet has become Senna’s dominant support build, boosting both her win and play rate. While tank Senna can be fun, it currently overshadows other item options and writes off her primary weakness as a squishy carry. To mitigate, we’re bringing more power back to support builds where she’s historically had success (lethality and AP), and tapping down Frostfire.

We’re also taking this opportunity to slow down some of her range growth, which has been scaling a lot faster with the buff to her Mist in 11.2. Altogether, these changes should empower Senna to build items that better fit her identity as a powerful glass cannon.

E – Curse of the Black Mist

W base self and ally shields increased.

AD Shaco’s in a good spot, but his AP jungle and support builds are significantly stronger and need to be cranked back a bit.

Even with the buff to Riftmaker in patch 11.10—Singed’s poison of choice—he’s still been underperforming across the board. We’re giving his Fling some cooldown scaling to give him more options in fights late game.

Teemo’s W is often overlooked. We’re reducing its cooldown so that he can more readily use the spell’s active and wield his power as a mobile mushroom monster.

Urgot’s been drilling through entire enemy teams in Average levels of play. We’re targeting his sustained damage after laning phase so he’s slightly less effective at purging his foes.

We want players to feel empowered to make meaningful item choices each game. Right now, there are two trends that are limiting early game decision-making for tanks in top lane: purchasing Thornmail as a second item, and purchasing Bramble Vest without completing Thornmail. This routine highlights the problem of Bramble Vest and Thornmail being used as generalist items, rather than their intended purpose of being picked up to face high-healing enemies. These changes are intended to give these items more clearly defined roles in the power they provide for top lane tanks.

One more thing: You may notice that we gave Frozen Heart a less generic stat line than other tank items. This is intentional, since it has other unique outputs. We’re also giving it a larger base value on Rock Solid than other items since it has less innate max health scaling. Altogether, it remains a source of high ability haste and mana, and is now clearly an anti-attacker item.

The Moonstone buff in patch 11.9 was not enough. We’re increasing its healing and shielding power which should boost its strength for all Enchanters.

Even with our changes to Black Cleaver’s functionality in patch 11.5, it hasn’t been a popular pick this season. We’re sharpening one of its unique points to better compete with its alternatives.

Sunderer has been feeling more mediocre than divine. Fighters are finding more success with Trinity Force and tank Mythics, so we’re giving Sunderer a much needed bump up.

As mentioned above, we’re tapping down Senna’s favorite Mythic. Ranged users can more easily and repeatedly land Frostfire’s slow, so we’re bringing down its power for them slightly.

Staff of Flowing Water’s 11.8 nerf left it in a weak state in comparison to its competitors, and it could use some oomph. We’re putting power into its shared AP buff to ensure that it’s succeeding in situations where it’s the right item for the job (you know, when you actually have a strong AP teammate to buff).

While Serpent’s Fang’s primary users are physical assassins, its power for ranged users feels underwhelming. We’re reducing the gap between melee and ranged shield reduction to make it an option for countering high-shield enemies, even without assassins on your side.

We’re reshaping the Wardstone line to fit more as a capstone support item, similar to Rabadon’s Deathcap, Infinity Edge, and Gargoyle Stoneplate (all of which are stronger after you pick up a few other items). We’re also streamlining the purchase path to be a one-stop-shop like Manamune and Archangel’s Staff, instead of having to repeatedly upgrade it. 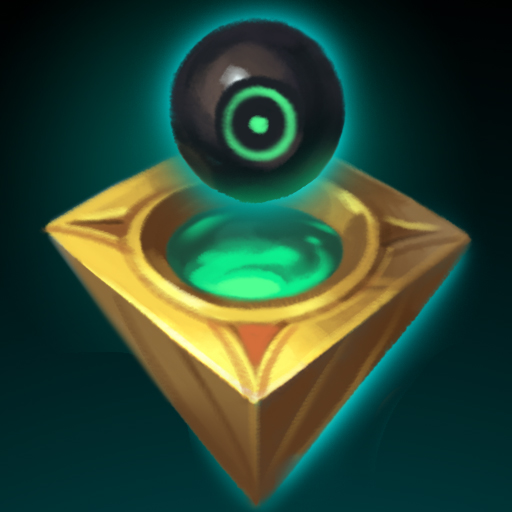 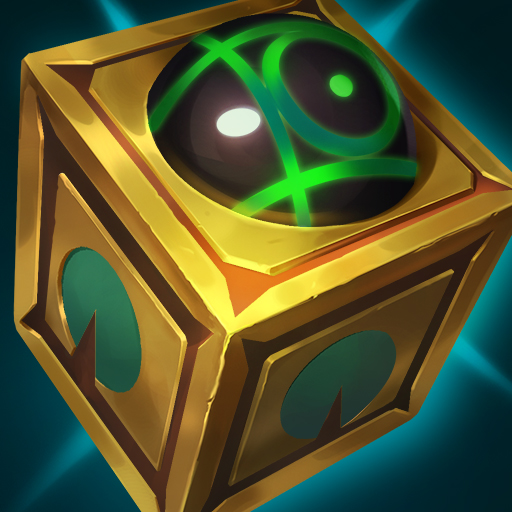 Hail of Blades has risen in prominence among marksmen, providing quick trades with a high uptime compared to other runes. We’re sharpening its intended weakness as a front-loaded skirmish tool by increasing its cooldown.

Biscuit Delivery has become a staple in Pro play, both in lane and in the jungle. These tasty snacks were intended to aid lane sustain, rather than being sold back to the shop for a pretty penny. Putting those unused biscuits on discount.

Nexus Blitz returns for the PROJECT event and will be available from May 27 to June 28. 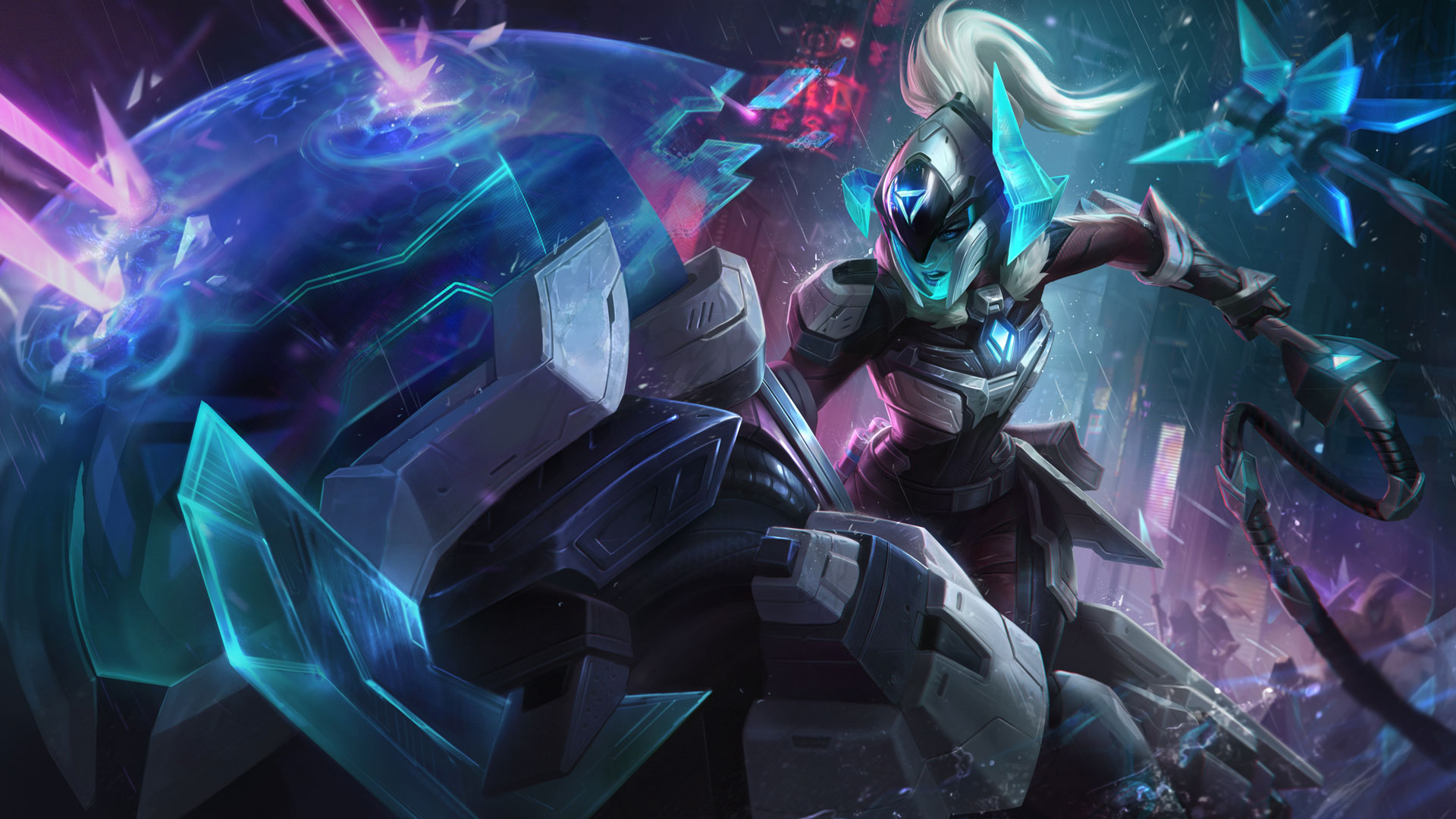 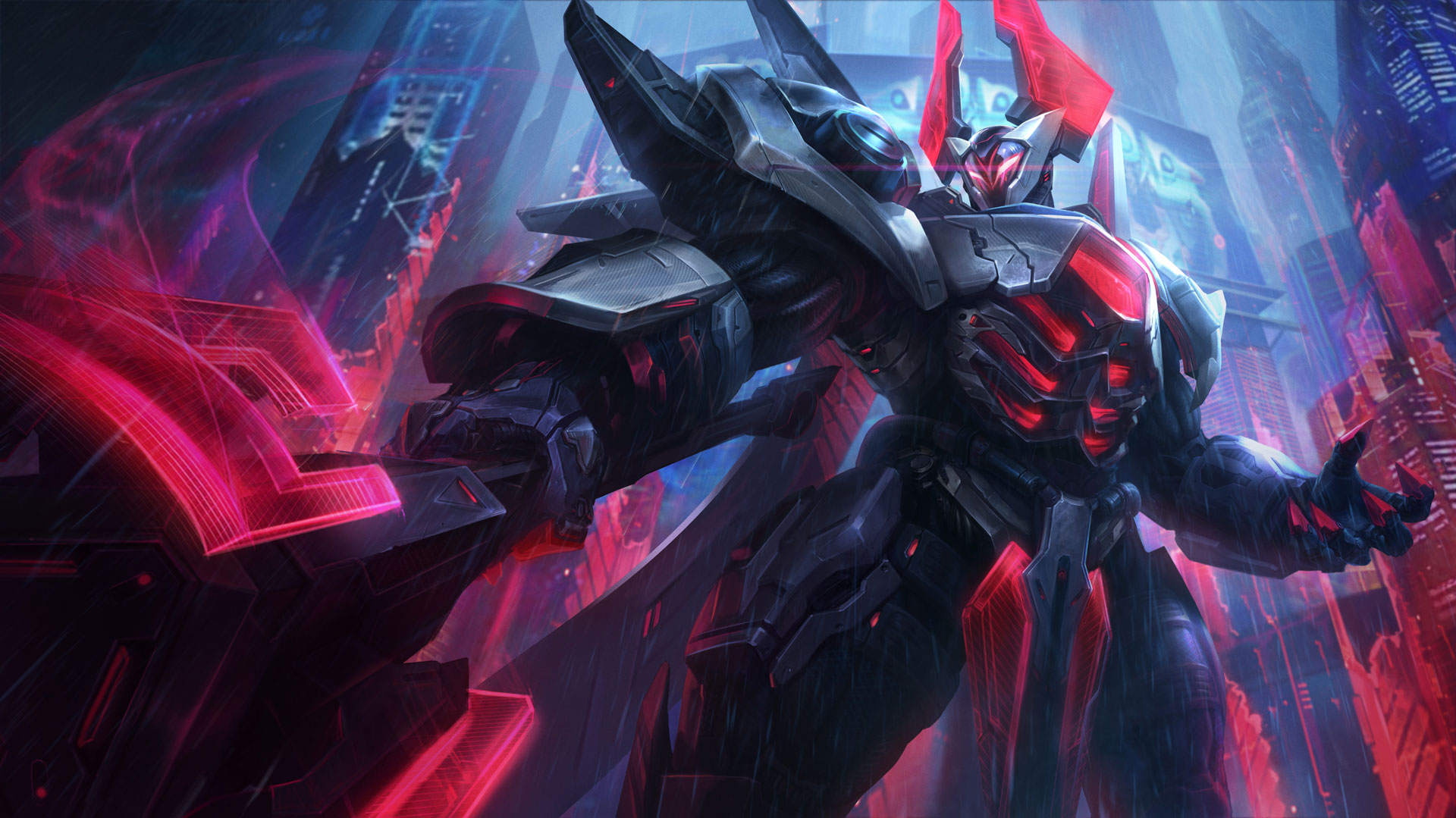 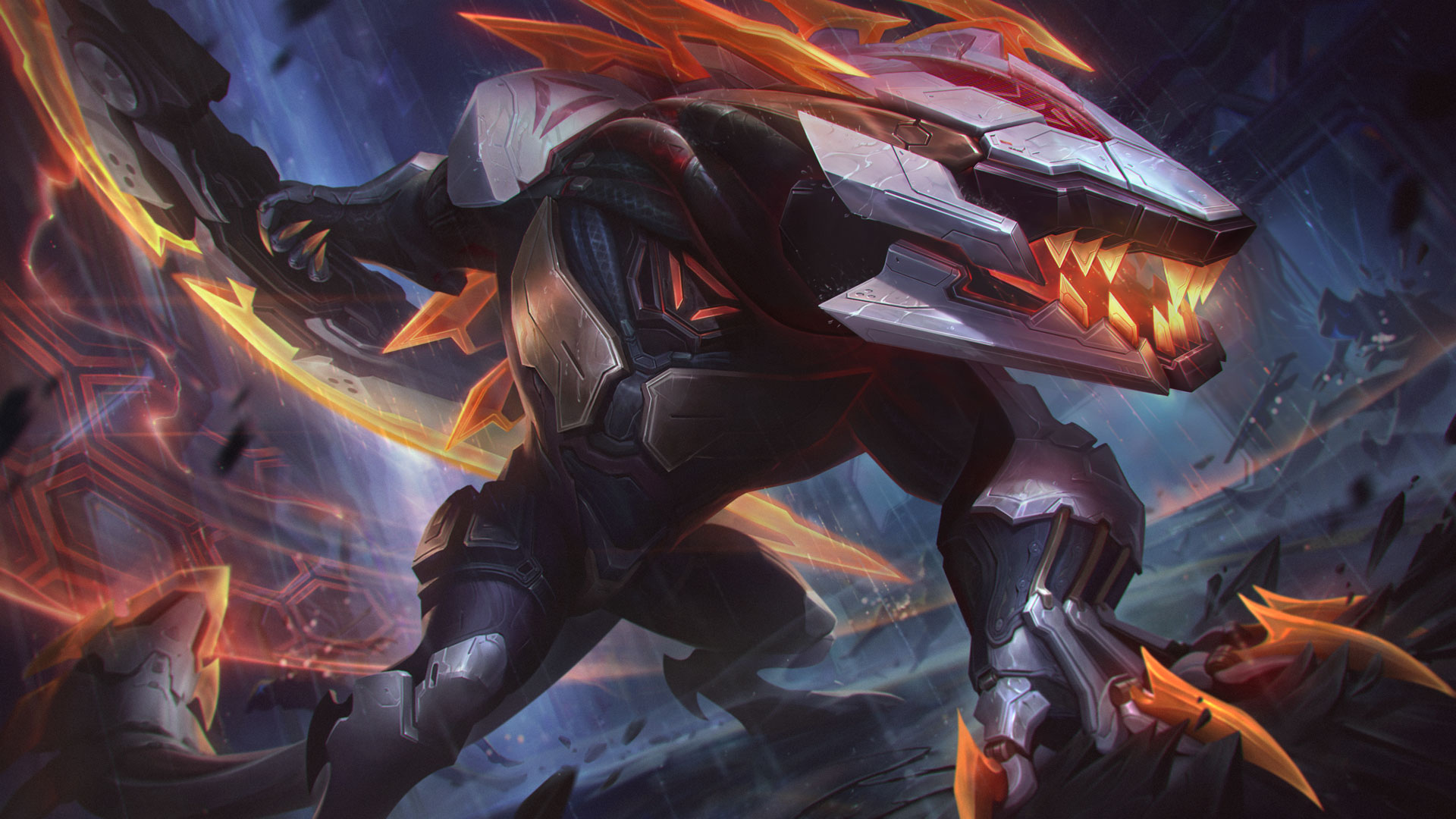 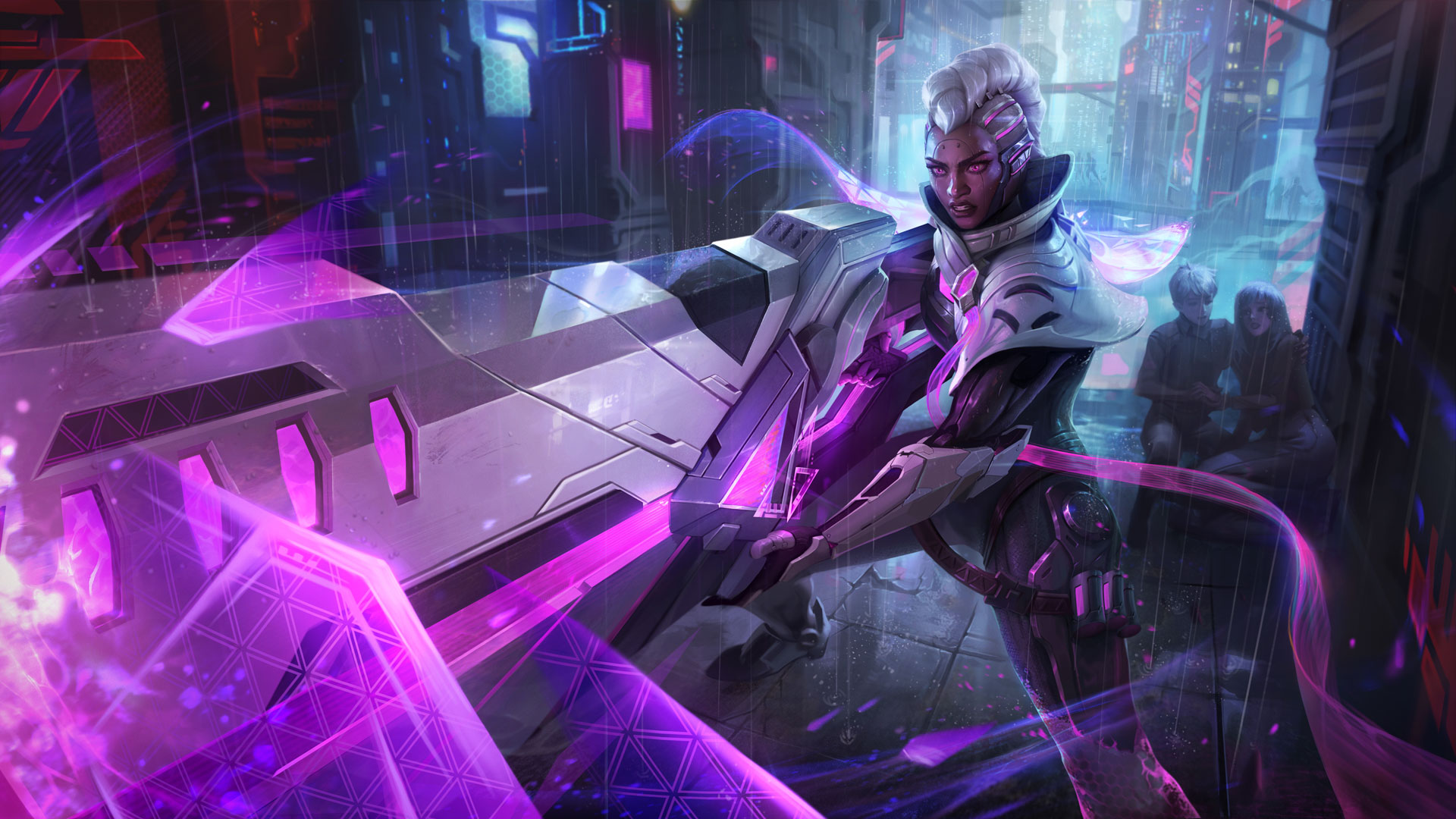 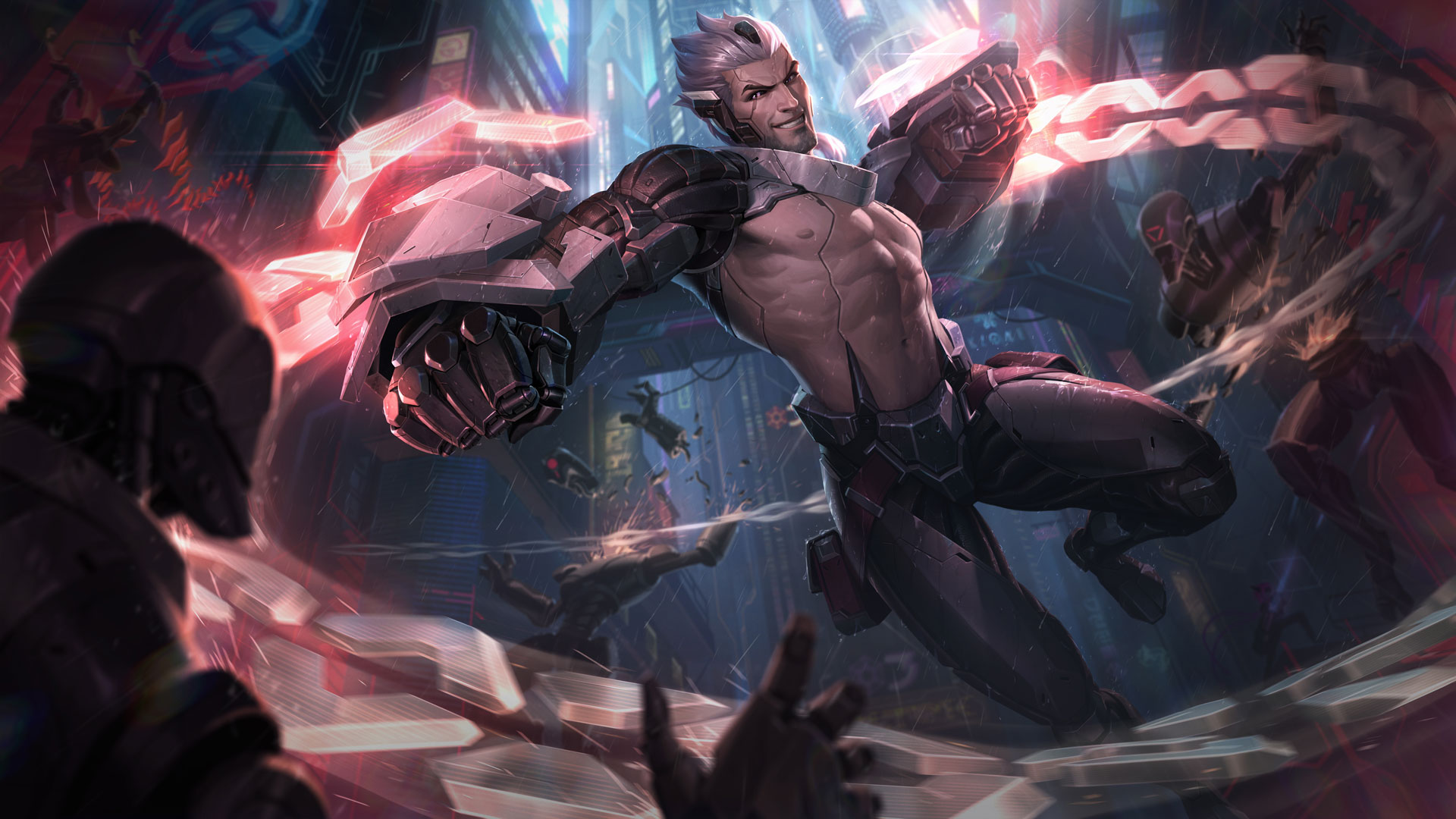 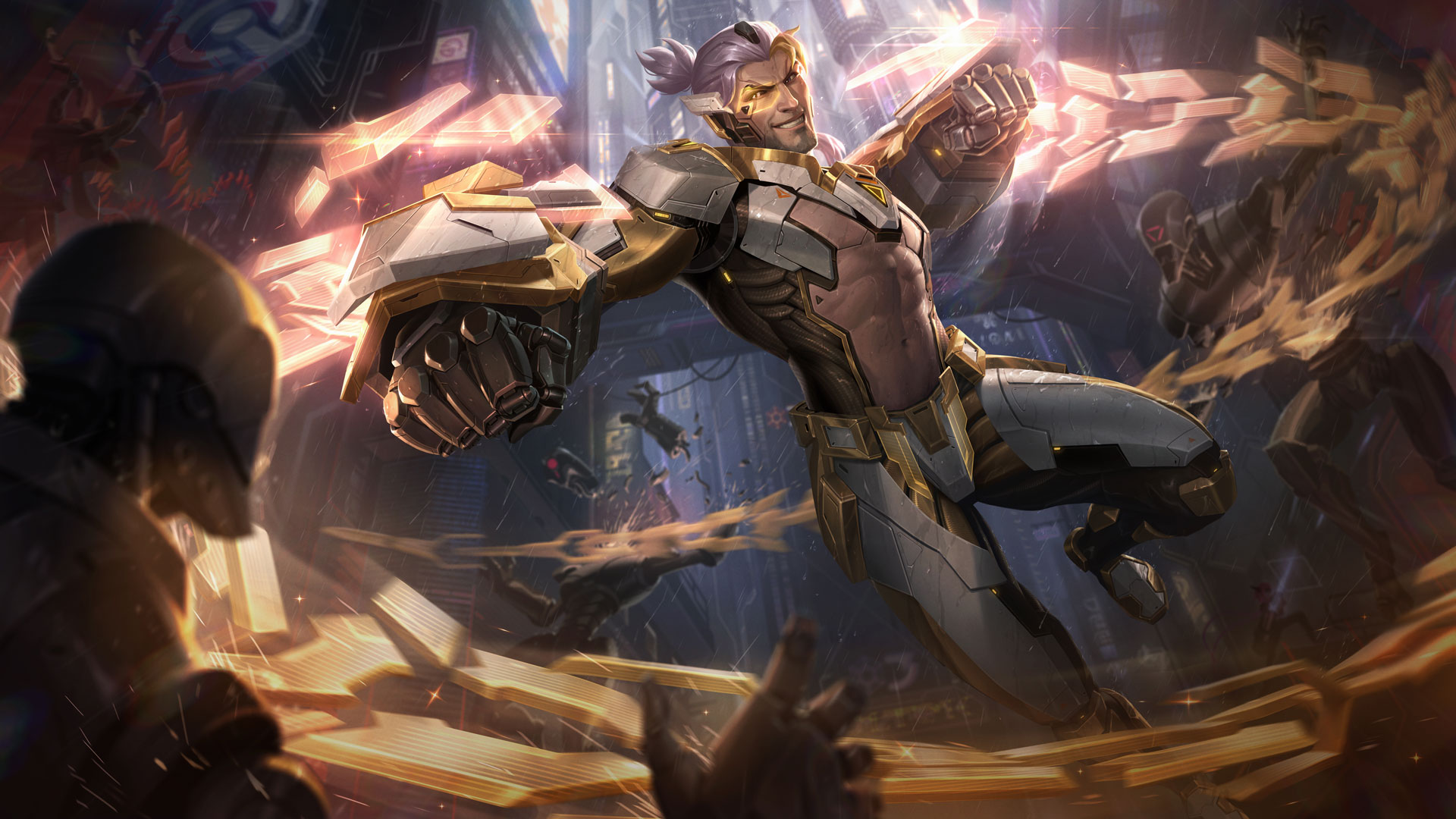 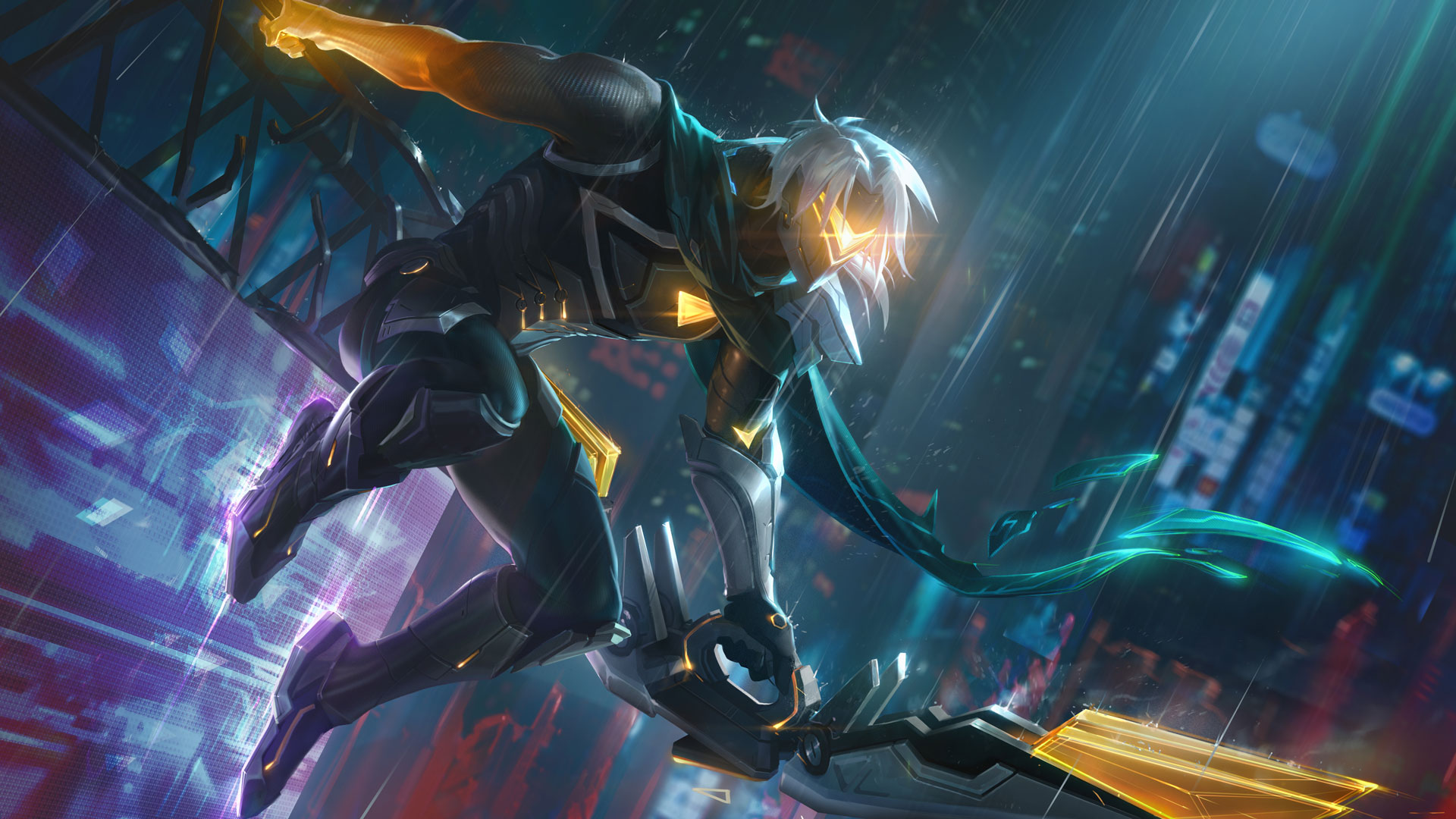