The community is fed up with mysterious and unexpected changes.

In League of Legends, updates are released every two weeks, the main task of which is to balance the game. Developers usually enter even the smallest modifications in the patch description, but unfortunately, more and more often they forget about some of them.

As such, situations arise where players find out about nerfs or buffs directly in-game. So it is not surprising that they feel irritated in this situation.

Riot usually enters all, even the smallest changes to the update descriptions. Recently, however, they have included undocumented buffs or nerfs that are added to the patch notes a few days after the update, or not at all. So players start to get irritated and blame developers for being careless or even concealing changes. 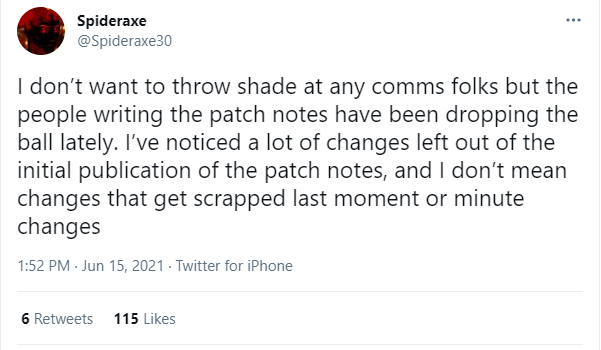 As an example, he gives Qiyana buffs on W, Aphelios’ chakram nerf, and more. Many of them are really important and can determine how the hero fits in the current stage. Accordingly, the update descriptions should contain this information, and many players believe this is unacceptable.

Will Riot take it seriously and start to better investigate what exactly is added to the game? We don’t know that, but publicity will certainly help.