A huge drama with Rioter, whose behavior, according to the players, was inappropriate.

A few days ago we informed you about the closure of the fan project “Chronoshift”, which, according to the intention of the League of Legends players, was to take the game back to the very beginning.

This, however, has been closed, which should not come as a surprise, because Riot Games has clear rules on this and you cannot use the characters from the game without the consent of the creators. However, controversy is aroused by Riot Zed’s conversation with the developer. Many players believe that he has behaved very rudely and below all standards.

READ MORE
Nerfs did nothing? He is currently by far the most banned character in the jungle in patch 11.9

One of the biggest League of Legends fan projects has been created for several years. Several nostalgic players decided to put the game back 10 years back to the original version. This, however, was not much appreciated by Riot, who warned them at first, and then seeing that the work was still going on, decided to close the project:

See: “Give us what we want or we’ll sue you.” The end of the project that allows you to play the old LoL

However, the biggest controversy was not caused by the official letters, but by an earlier conversation with Riot Zed, who decided to contact the developer on Discord: 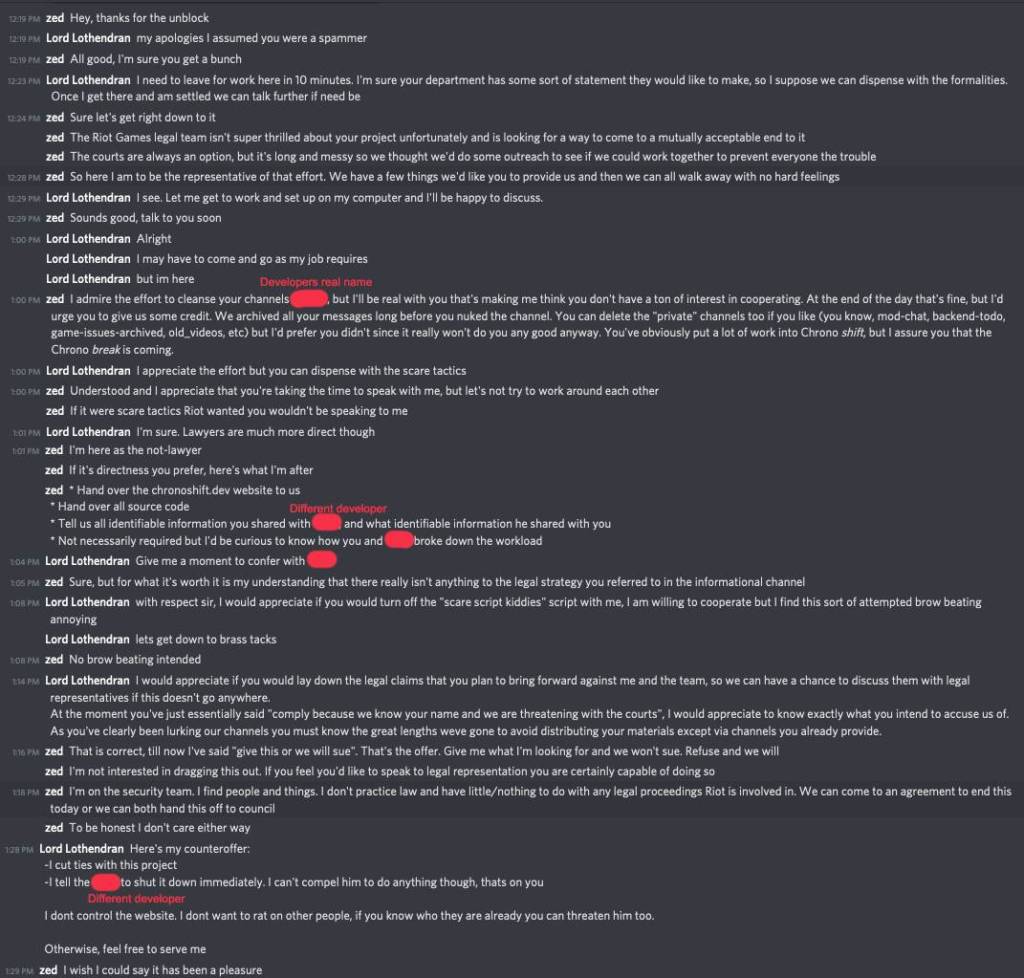 ALSO – Chrome of the latest skins, new emotes and icons from League of Legends

As we can see, Riot Zed did not approach the topic very professionally and many players on the Internet started to ridicule the employee. The following text has become especially popular:

You’ve obviously put a lot of work into Chrono shift,but I assure you that the Chrono break is coming.

The topic on Reddit parodying Rioter saying that he got a new fedora after all this and his superiors are proud of this behavior, quickly became very popular and gained over 16,000 plus points. However, the reality is different and Riot Games in a statement for insider.com admitted that the conversation was not properly conducted:

The company is disappointed and will take care of the matter internally.

Will that change anything? Maybe Rioter will now be careful in the next conversations. Will he be punished? It’s hard to say, but it’s worth noting the Scott Gelb case, who was accused in 2018 of “farting in the face, touching the genitals and asses of employees.” After a brief suspension and no payment, he continues to work for the company as the Chief Operating Officer.