The biggest ban so far has been the suspension of the player known as DOPA for 1000 years.

It looks like we have the most extreme ban ever given to a LoL player. For the first time in history, the studio has decided to completely eliminate someone from the game’s ecosystem.

This means that the Zeros, whom we wrote about a few days ago, cannot play any Riot game, neither LoL, nor Valorant, nor Wild Rift, etc. This decision was announced after Zeros expressed his desire to switch from classic League of Legends to Wild Rift.

The biggest ban in history?

Let’s remind that Zeros mentioned that he would wish everyone in Vietnam to worsen the pandemic situation so that no Vietnamese player could go to the “Mid-Season Invitational”. It is worth mentioning here that the restrictions in Vietnam already in 2020 made many things directly related to LoL difficult – most of course traveling. 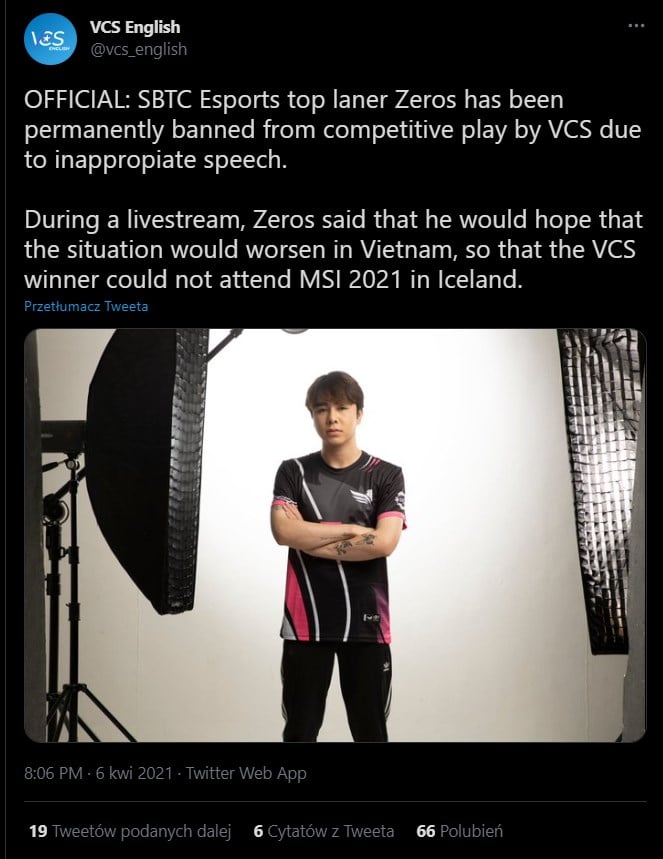 After the player expressed a desire to play Wild Rift, he received a permanent ban on all games. It is complicated since the information on this subject comes, of course, from foreign sources. You can learn from them that it is also about government restrictions.

This situation is truly unusual. If it is indeed a suspension on so many levels, then we are talking here about the most severe ban in history.

There was no ban in the past that would affect not only LoL but other studio’s productions as well.