Riot’s plans for many future League of Legends updates.

As every year, a few months before the start of the World Cup, which is the largest and most prestigious tournament in League of Legends, the developers test new changes and try to adapt the gameplay to the pros. This time the changes will be really big. Riot mentioned that they will not go wild, but the information from the developers suggests otherwise.

Now one employee has shared what it will look like in updates 11.18 and 11.19. In total, these are three extensive pages of information. Rioter even joked that these are only Corki buffs.

Jeevun “Jag” Sidhu, lead game designer for Summoner’s Rift, tweeted three pages of the studio’s plans for upcoming patches. What can we read from all this:

What’s the reason for pro-focused character buffs and nerfs?

ALSO – Faker has partnered with Razer, which will result in a special “periphery for players”

What is Riot looking to achieve in the Worlds 2021 meta?

How will Riot build a pro meta? 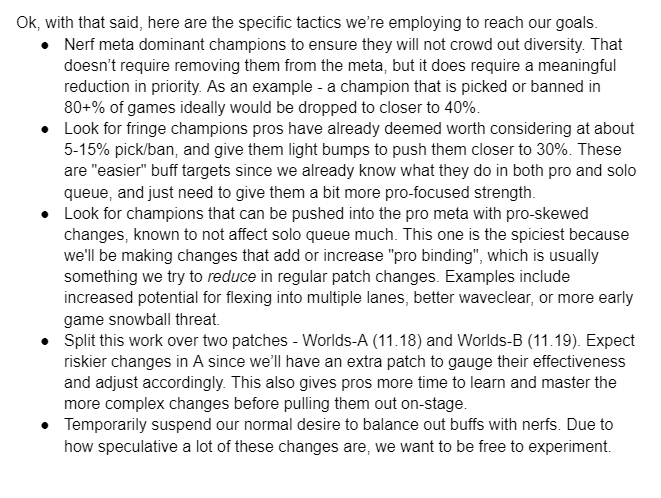 The developer also mentioned slight buffs, like the one for Lillia, and those that would make the heroes much more interesting for pros, such as execution by Draven if the opponent’s HP is lower than the number of his stacks. However, this was just an example, and we don’t know if Riot actually wants to introduce this. 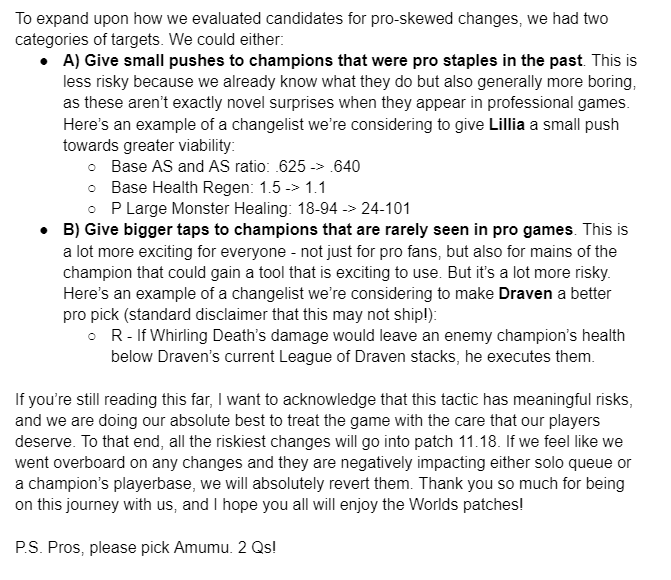 On the one hand, Riot says they have no intention of making a revolution, on the other, it looks like a plan to completely change the meta.