The creators revealed that Vex was initially supposed to have a skin from the Unbound series. A skin that Thresh also owns.

Vex is the newest hero in League of Legends. She is a unique character as she is the first yordle released since 2016. In addition, the creators admitted that when creating her, they approached the design somewhat differently. They wanted Vex to primarily represent traits that the player can identify with (more about the plans, concepts, and ideas for a new champion can be found here: Riot on the newest LoL heroine – what the development process looked like, early concepts and more).

Early Vex concepts show that the heroine could have looked completely different. Riot considered various projects. The last statement of one of the creators shows that changes in plans also appeared in the case of the character skin.

An Unbound skin instead of Dawnbringer

As you may or may not know, the newest heroine will receive the Dawnbringer skin with her release. The skin, as announced, is associated with the Night & Dawn event, during which cosmetic accessories will also receive Yone, Morgana, Lillia, Kayn, and Tryndamere.

The first Vex skin aroused mixed feelings among players. A lot of people said it was just plain ugly and Riot didn’t try hard to create it – The Dawnbringer Vex skin is a failure? Why are LoL players very critical of it? 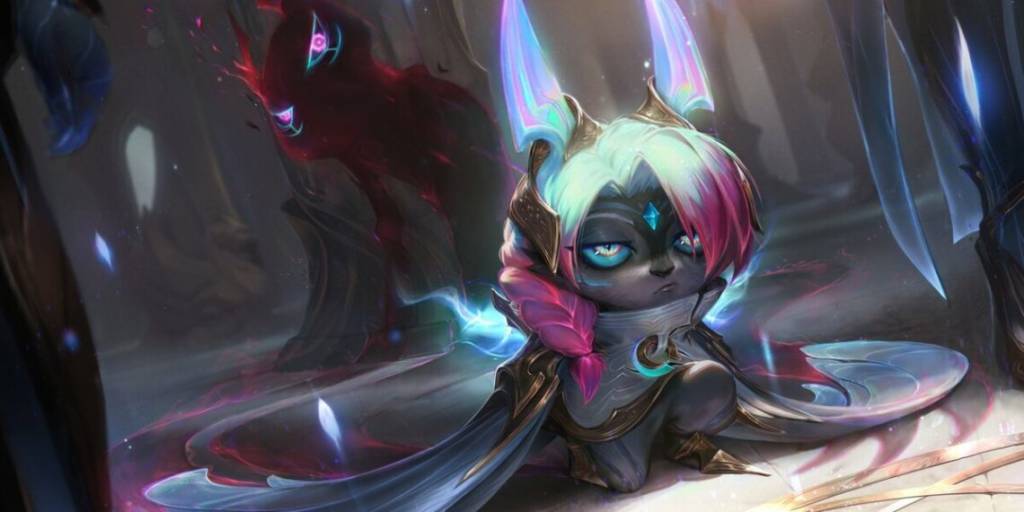 Reav3, the main producer of heroes, revealed that the creators initially wanted to create a completely different skin, but delays in the character design process meant that the plans had to be changed.

We never planned another skin for Seraphine, since we decided to put her in K/DA before we got to the skin selection phase. We generally choose the skin later in production after the base champion is pretty far along. Vex was originally going to have like a Unbound Vex skin. Basically the idea was that after you faced her in Freljord, she would go back to Viego, and we would give her a bunch of black mist and basically power her up. And then when you see her again in Pilt/Zaun she would be in her skin form. Once we realized we had to push her back we ended up cutting that since we didn’t feel like the skin would have as much impact out side of the event.

As you can see, Vex may have gotten a skin similar to Unleashed Thresh. Unfortunately, the character’s premiere had to be postponed. No wonder Riot decided to change plans – releasing a skin related to the previous event while having another would look pretty bad. It is difficult to judge if the previous project was more interesting as the developers did not show any early art or skill effects.