The rioters began to talk about various characters more and more boldly. All of this has to do with their Twitch broadcasts and social media.

It is rare for those responsible for creating characters or their balance to say directly what they think about different characters. Meanwhile, RiotAugust, the main character designer, during his stream mentioned the character he thinks is currently the weakest.

Interestingly, he also took up the topic later on his Twitter, showing, in his opinion, some interesting statistics on building items and build, which has by far the highest win rate.

READ MORE
Does Riot promote smurfing in League of Legends? What is up with the challenge on the Spanish servers?

During one of the Valorant streams, players asked Rioter what he thought was the worst character right now. Nobody expected an answer, especially not a literal one.

Lillia. Lillia is the worst champion in the game. If you wanna win, never play Lillia.”

In addition, a few hours ago, Rioter addressed the players of this character, showing the statistics of two different builds. 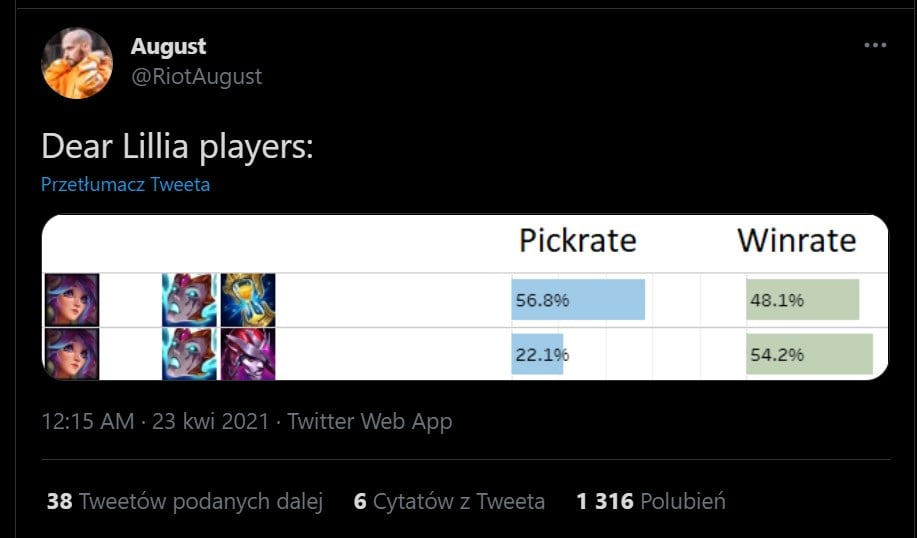 It seems that much more often players choose Zhonya, while the win rate is in favor of the item known as Demonic Embrace. The difference is significant because the pick rate is 56% to 22%. The LoL community has split a bit on this issue. Some write that these statistics do not matter anyway, others that players usually build without much thought, choosing what is popular. 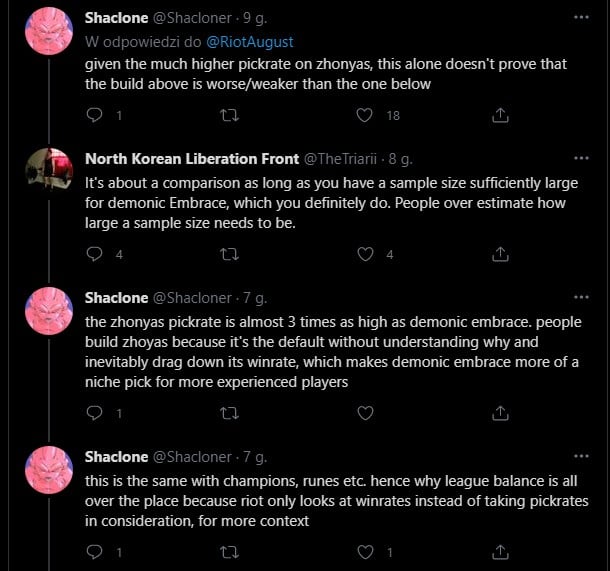 Is Lillia that bad? Her win rate is very low according to all character research sites. At this point, she’s practically catching up with Gwen in mid-lane, but she got buffs and will probably be slowly climbing up.

This is an interesting situation because Riot recently nerfed Lillia. In patch 11.6 her cooldown was increased.

Unfortunately, the heroine did not appear on the list of plans for patch 11.9, so you can guess that she will not be buffed anytime soon. This may not change until 11.10, but for now, it looks like Riot doesn’t have much of an idea themselves.