The developers revealed that they are working on Lillia. What is the goal of the future heroine update?

Lillia’s case is really interesting. For a while, she was considered the most balanced character in League of Legens, having received no buffs or nerfs for many months after release. Riot boasted that the heroine is designed well enough that it works on the professional stage and gives satisfaction to ordinary players.

This state began to deteriorate, however, and from a perfectly balanced character, she became the champion who lost the most games of all in the entire League of Legends. It would seem that the usual buffs would be enough, but the situation is complicated because the heroine is really strong on the professional scene. Riot decided to work on this case.

READ MORE
When can LoL players expect a Sona rework? Riot reveals what it is currently working on

Rioter Jeevun ‘Jag’ Sidhu in one of his statements revealed that the heroine is to receive changes in update 11.14. The creators want the character to become stronger in the solo queue. Rioter wrote:

Lillia has changes in testing that I believe we’re fairly high confidence on. They have similar goals to Lucian – reduce pro binding, increase solo queue power. I think those are aimed for 11.14 now. Can ask ExasperatedDan on Twitter about more details. 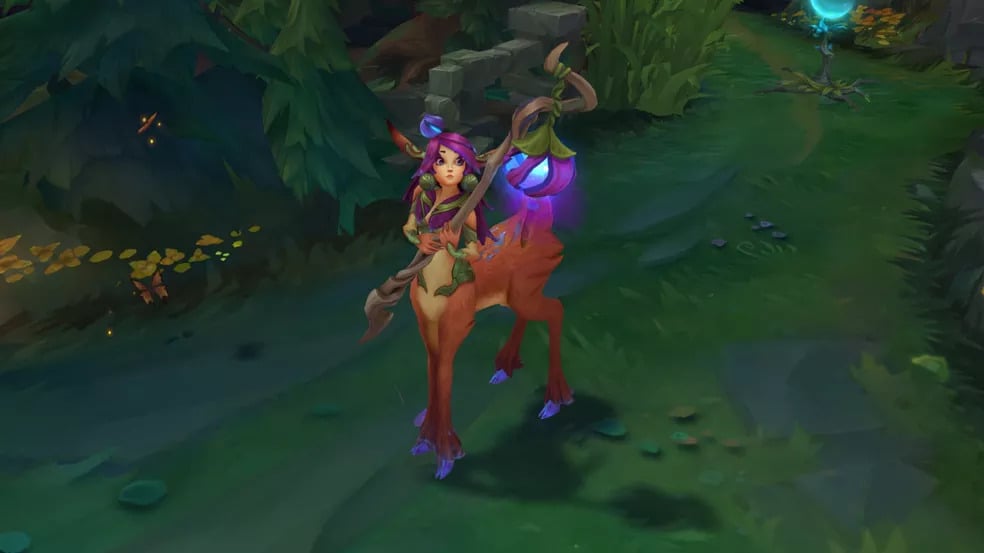 The overall idea behind the changes was to reduce how often Lillia shows up on the professional stage, as well as increasing her solo queue win rate by increasing stamina and scaling, and reducing jungle clearing speed in the early game.

Lillia’s passive ability will get a regeneration status when DoT is activated, increased base damage and AP scaling. Q’s movement speed is weakened in the early game, but the AP ratio has REALLY been boosted. There are also general damage buffs and the E and R cooldown nerfs.

One player asked if these changes meant that the heroine would be played more in the top or mid on the professional stage. Rioter replied:

We’re looking for ways to keep these changes going without making Lillia in lane stronger than in the jungle. We still want to allow those who like it to play this way, but as you mentioned – there is a real risk that the heroine will still be a flexible choice, which may contribute to a further increase in her popularity in the professional scene.

How is the heroine doing now? Those who have been following Lillia’s condition know that she has had a hard time on Summoner’s Rift lately. She is currently the worst character in terms of win rate, which is 45.7%. 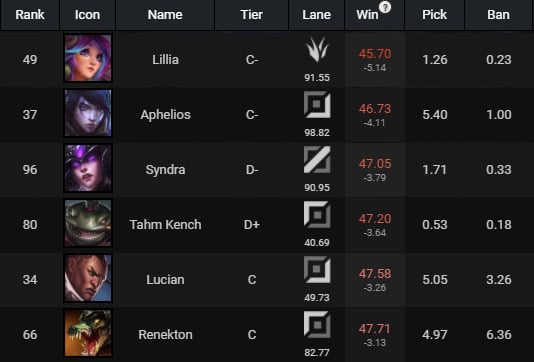