The adventure to bring balance to the Convergence continues with trait adjustments, nerfs to resistance shreds (debuffs), and buffs to bring some of our least used items out of the Shadows. Aside from just balance changes, we’ve got a slew of system and UX/UI changes coming this patch. So let’s get into it! 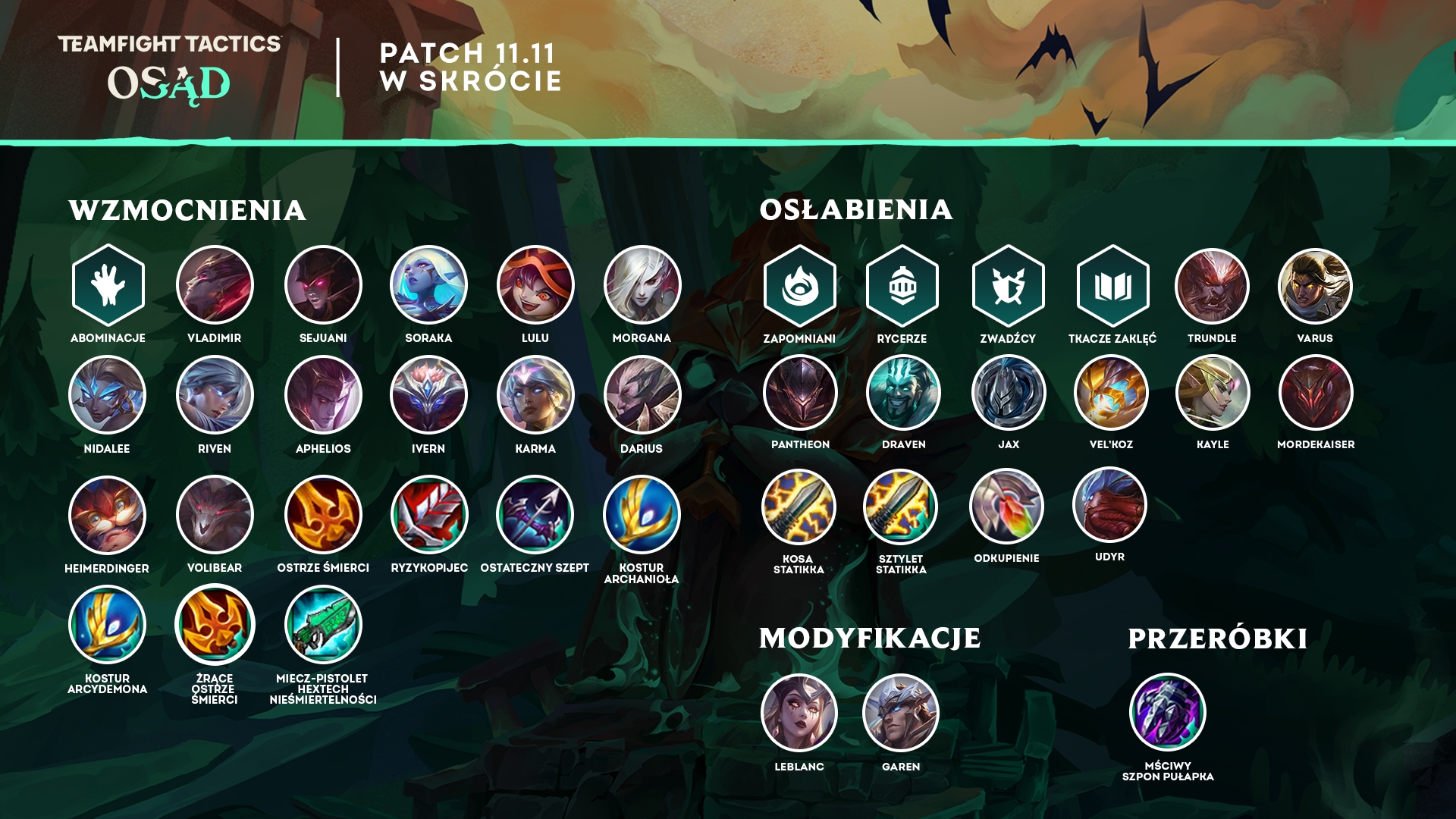 Spooky items are spooky fun. So we’re giving you more opportunities to play around with them.

Neeko starts should feel like a high roll, but they can feel low, especially when you don’t hit 2/3-costs in the shop preventing you from exchanging the Neeko for gold right then and there. By replacing the gold drop with Champions it should feel a lot more like a high roll. Now it’s up to you, whether you want to turn Neeko into gold, or greed for the late game.

The Monstrosity is supposed to come in like a wrecking ball and bash your enemy’s backline to smithereens. Currently, the Monstrosity Charges in, casts Enrage once, then finds itself in a 1v5, like a pop star at a Chaos Pengu metal concert.

But the real monster here is *gulp* Skirmisher in the early and mid game. To slay that beast, we’re changing the Skirmisher Shield to scale with max health, which is a nerf for 1 star Skirmisher units, relatively neutral for 2 star units, and a buff for 3 star Skirmishers.

Finally, Knight 6 has proven strong in the current meta and will likely get stronger after we nerf Armor and Magic Resist Shreds (see Tier 5 and items), so we’re adding some weak spots in the armor.

Our new stance on a balanced Udyr is something between 11.9 Udyr and the buff we gave him in 11.10.

Nerfing a champion’s Ability Power ratio is something we try to avoid, but Trundle’s spell in combination with the Dragonslayer trait, created a situation where he could one-shot and nullify a champion regardless of their defenses. To counteract this we’re reducing Trundle’s effectiveness with Ability Power, while also slowing the rate he Subjugates his victims.

And somehow LeBlanc has deceived us all again, chaining together back to back to back appearances in our patch notes.

Like a true Spartan, Pantheon’s been able to solo tank an entire army, but Dragonslayers are not Spartans, and it’s time we remind Pantheon of that.

Four cost carries have defined Reckoning thus far. And just like my use of ‘thus’, they’ve gotta go. That being said, we’re buffing the worst performing 4-costs by adding some joy to our sad boi and watering Daisy for healthier growth!

Resistance shredding provides too much powerful, yet invisible value in the late game. We’re taking some of the shred out of the God-Kings’ kits and putting that power elsewhere with the intention of a power neutral change for Garen and an overall buff for Darius. Without the consistent late game shred, this is almost Garenteed to be a buff for Ironclad and Mystic.

Similar to the last patch, we’re buffing some of the less utilized items. Of these, Archangel’s and Archdemon’s are getting better scaling ratios than my twitter. The Riskthirster is getting Riskthirstier. Deathblade is stacking up to be a decent item. And Final Whisper might finally see some play.

Also give the reworked Vengeful Trap Claw a try for a spell shield the whole family can enjoy!