Details of the changes to patch 11.12 Teamfight Tactics.

With patch 11.12 we’ll be delivering new avenues of play, new win conditions, and mechanic updates that’ll keep things fresh and fun. We’ll be doing all this by adding several reach traits, restocking the Armory with more powerful items, and updating our loot orbs. On top of all that, this patch brings the Skyglass Origins event with free rewards for all starting the 15th! 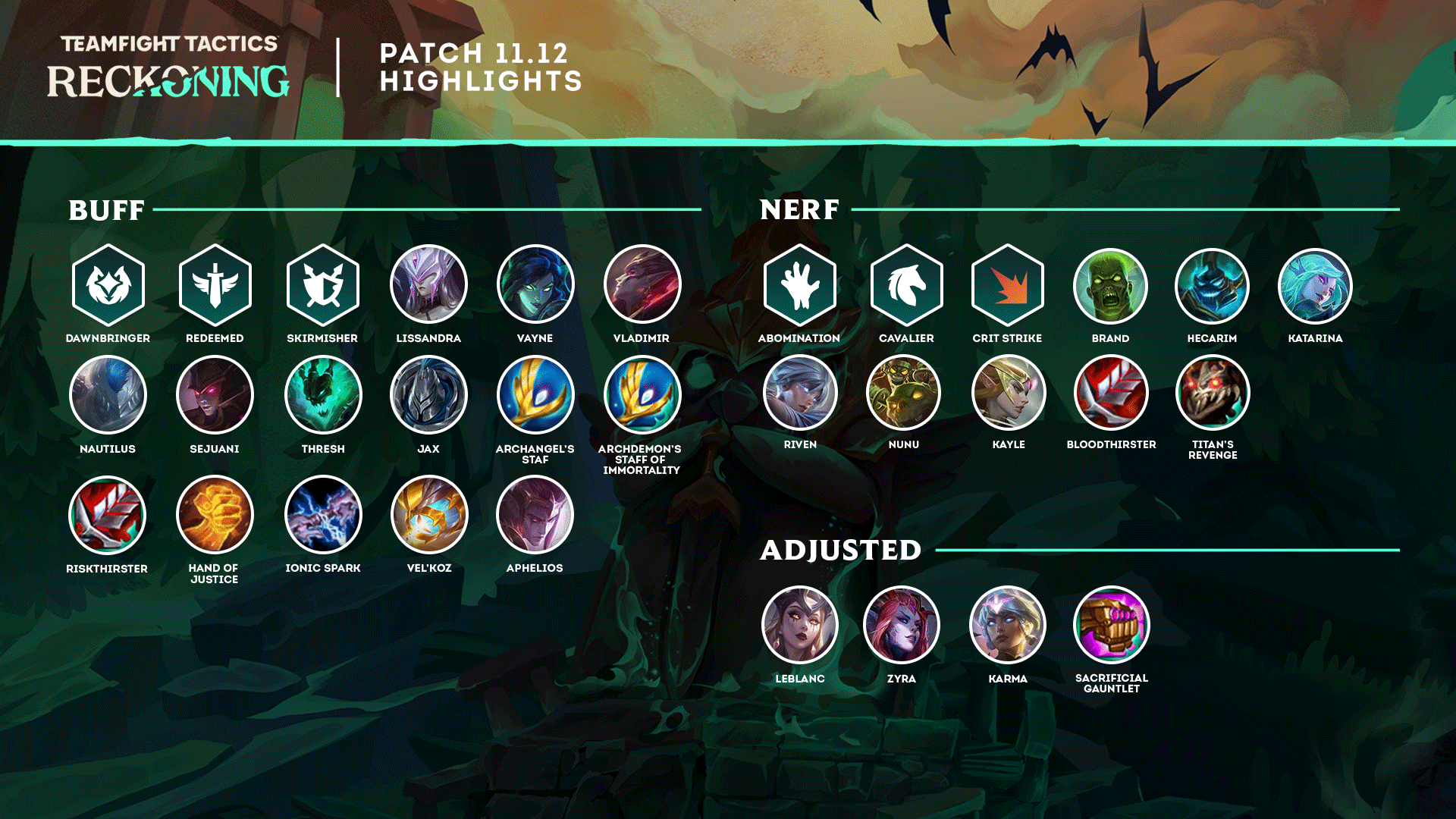 It’s time to fight back, but how? 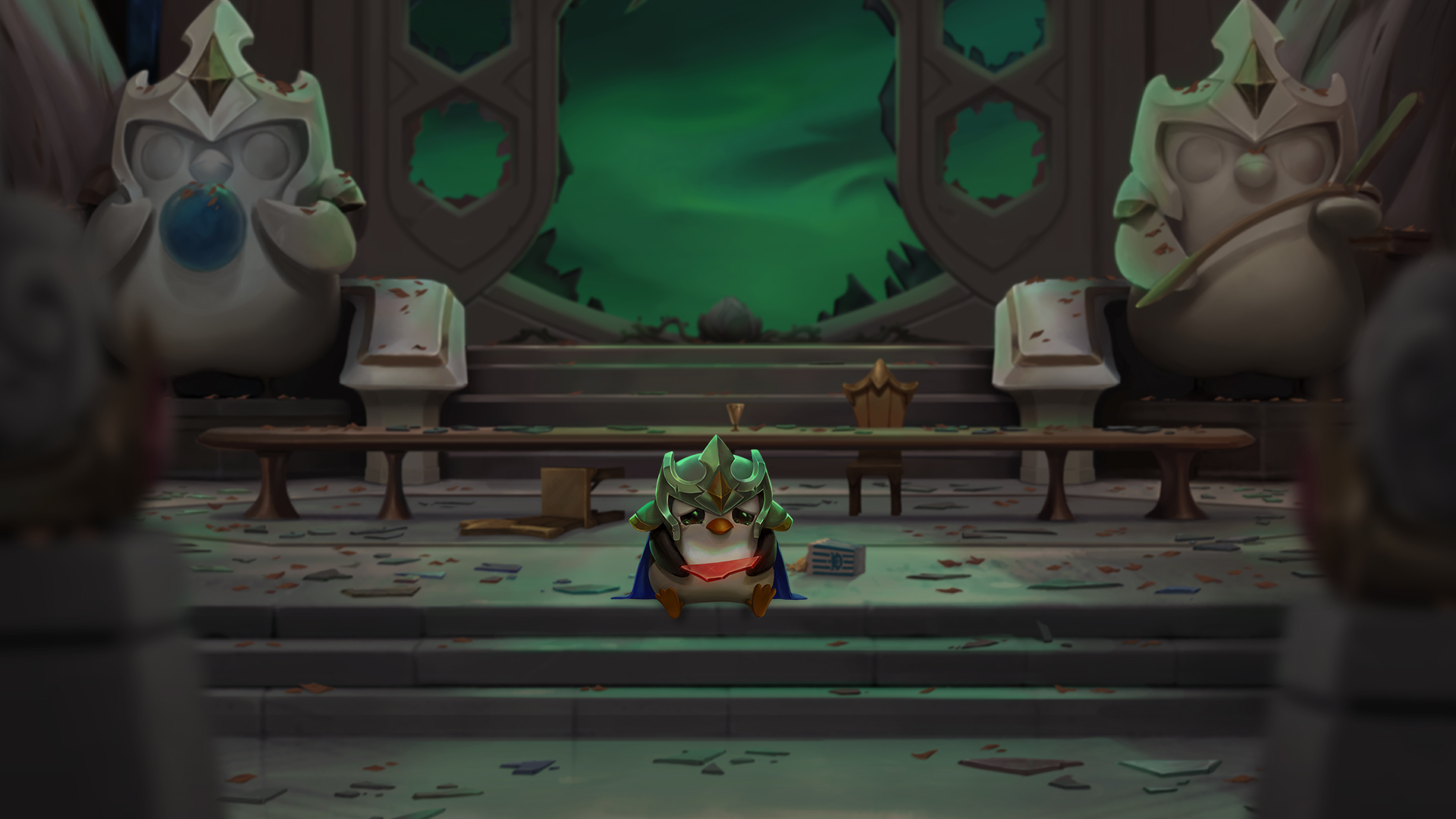 URF Dowsie isn’t needed to stunt on your opponent, but oh my, it sure helps. 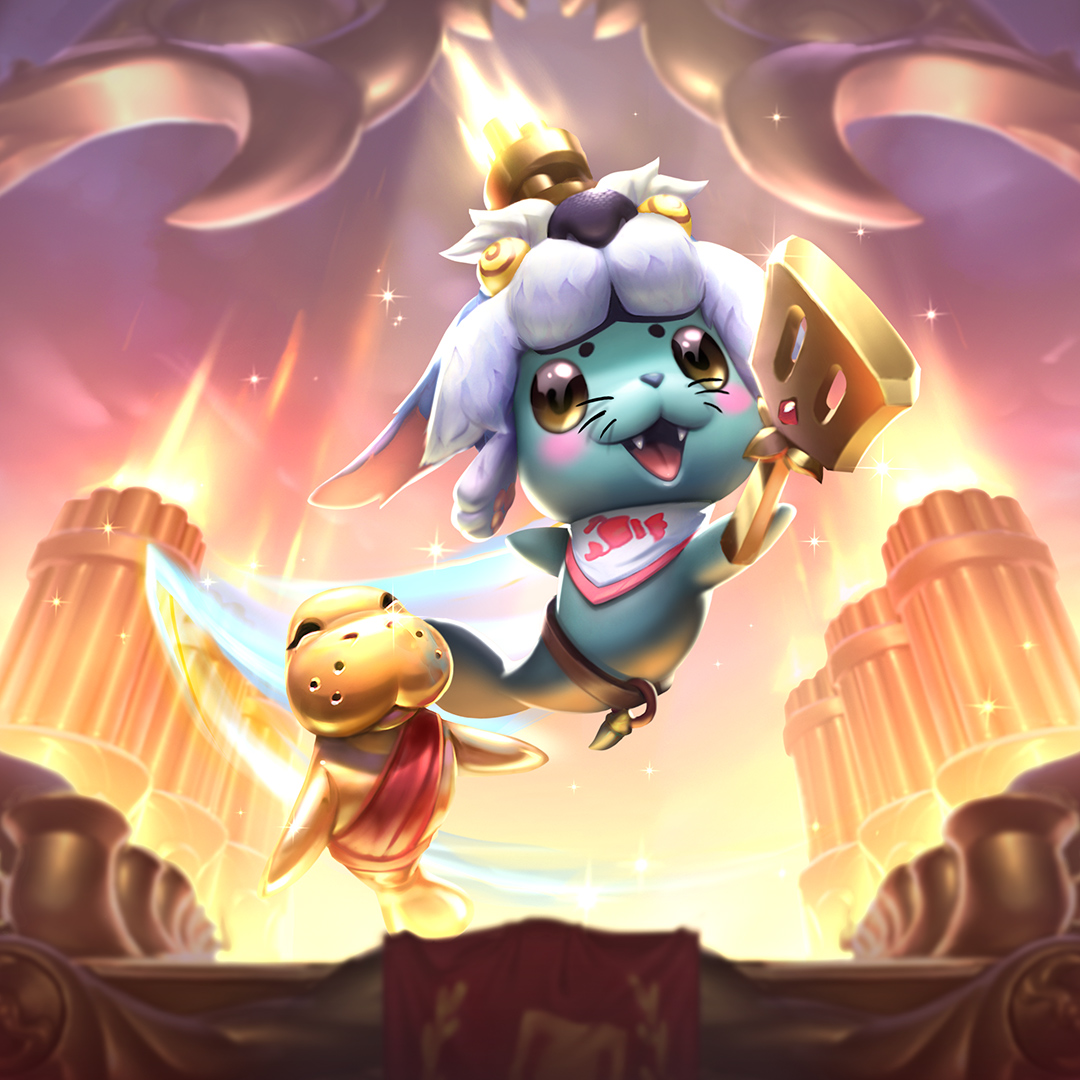 The Armory will appear more frequently, and feature more powerful and varied items. We’re hoping this will encourage flexible play by reducing the consistency of cookie-cutter item combos, and allow for more decisive plays such as adjusting your team composition to fit an item. Say you see a Hellion Emblem in the Armory and are already running Lulu as a Mystic. Picking that Emblem and splashing Hellion 3 will allow you to utilize the full power of those fiery rats.

To create moments for adaptation and variety, we’re also adding more items. To counteract an item overflow, we are removing the 4-2 Armory.

Why Change Crit: With Reckoning we set out to reduce percent damage increases. The multiplicative power of items like the old Fates Hand of Justice made it a core item on too many champions, creating a narrow and stale itemization path. In Reckoning, critical strike has taken the throne as the new king of damage multipliers, leading to a similar situation where items like Infinity Edge and Jeweled Gauntlet are far too dominant on far too many champions.

Our Goal: This change represents an overall nerf to all crit-related effects in the game, a change that should allow for more offensive item diversity, more damage consistency, and more elegant balance solutions in the future for attackers and casters that have previously been reliant on the crits from Jeweled Gauntlet and Infinity Edge builds.

Several new Reach Trait tiers have been added. They’re a bit reachy, but also quite powerful.

Viktor has rebuilt the Monstrosity so it no longer behaves like a backline Assassin; it’s bulking season for this below-ground body-builder.

Brand with Blue Buff had a weird bug that triggered things like Archangel’s and Sacrificial Gauntlet twice even though he was only casting once. To fix this, we increased his Mana lock, which will also double as a slight nerf. With Blue Buff he’ll still only have to attack once between casts like he did in 11.11, but he’ll wait slightly longer before his next cast.

Ethereal Chains? More like Perennial Chains. For this stop in the notes, LeBlanc’s being moved into a utility role. This’ll help complement the Assassin comps that have plenty of damage carries, and make her feel more helpful as a support Coven. LeBlanc support viable?

True to her roots, Zyra will cast her spell at the same time as before, but will now be able to cast again sooner. This will allow her to trigger things like Spellweaver and Archangel’s faster and allow her to grow into her utility role more clearly. To ensure she’s not becoming an unwanted weed, we’re pruning her damage at 1 and 2 stars.

Jax may not need a weapon, but he needs a helping hand. Karma’s caught it bad with Blue Buff. It’s time to call her by her name, and give her a change that she deserves. With these changes Karma joins our twenty other Mana units that all attack once between casts with Blue Buff.