Details of the changes in patch 11.13 Teamfight Tactics.

It’s TFT’s second anniversary, and we’re celebrating with a free Little Legend just for you—and everyone else! But, there’s more than just an anniversary to celebrate. In this patch we have feel-good adjustments to the Armory, as well as some mini-reworks for Kayle, Nidalee, and Trundle. Those changes, and other large scale changes are reflected in the Highlight Image below. There’s also a number of minor balance tweaks to keep things running smoothly, found in a new section titled “Small Changes,” cause they’re small and they’re changes. 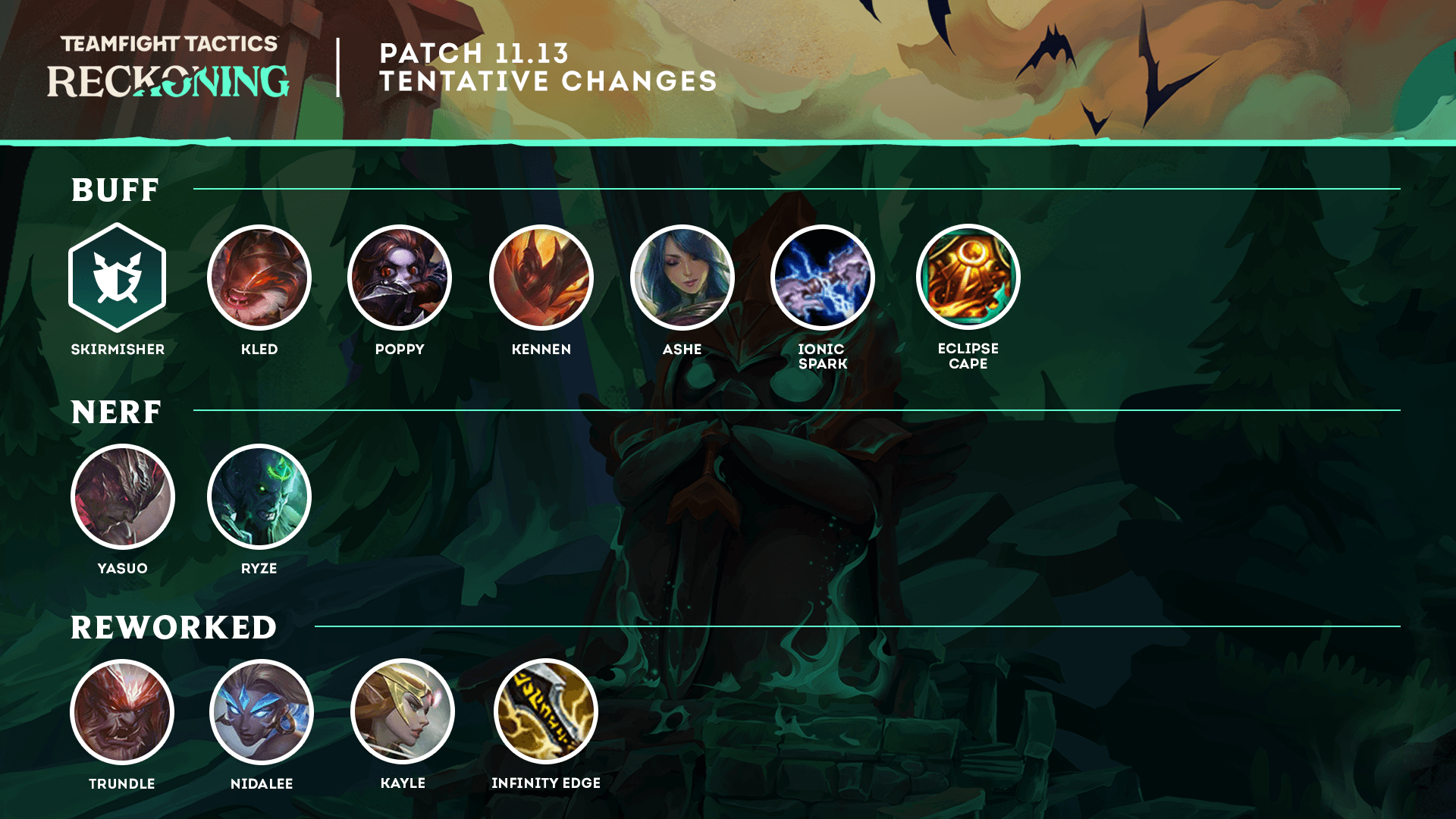 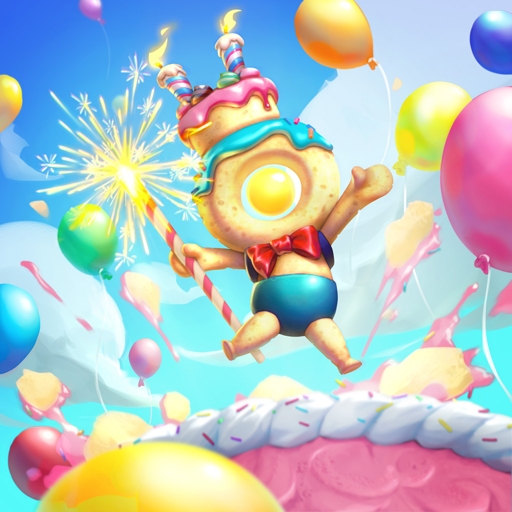 We added stronger Armory options last patch, and we’re pretty happy with how they turned out. But sometimes the options feel like they’re on totally different power levels, so we’re reforging the options to make them all feel good.

Expect these changes to significantly impact the current play.

Skirmisher 6 and 9 still haven’t found their footing after their fall from power in patch 11.11. This should make the big melee vertical feel more like a BIG melee vertical.

Being a Can-Tank-erous Cavalier, Kled’s role in Hellion comps has been limited to filling out traits and tanking a couple spells regardless of his star level. We’re giving him and his knightly pal some extra oomph to allow reroll Hellion to Poppy-off, while limiting the buff that power leveling comps get for just running one/two star Hellions in the early game.

Trundle is designed to be a gigantic hulking carry, but his relationship with one-shotting tanks had to go. In Patch 11.11, we changed the way Trundle scales with Ability Power, as a fix to AP Trundle deleting enemy champions regardless of their stats. But, we didn’t like this change in the long run as it’s using a balance lever that lacks clarity. Now, we’re reworking his spell so he’ll still drain a flat percentage of stats (unmodified by AP) from enemies but he’ll then amplify the stats he takes with any AP (scaling normally) that he has.

Nidalee has had pawblems with her identity as a Dodge and Crit jumpy cat. Her new role, as Attack Speed jumpy cat should allow her to perform as an attack speed carry in her comps, using items like Rageblade and Statikk Shiv. Yasuo’s been hurting like a fourth-degree burn, which is one degree higher than any 3-cost is allowed.

It’s a Rune Prison-break. Ryze with a Very Dark Blue Buff spelled out a Very Dark fate for his opponents with a chain stun that was the bane of fun. We’re keeping his single target lock-down intact, but he’ll need more evidence before imprisoning secondary targets.

The goal with our Kayle mini-rework is to create a smoother power progression for TFT’s most powerful late game carry. Expect Kayle to do a bit more early, but deal less AOE damage and have more windows of vulnerability in her final form.

Using Sacrificial Infinity Edge will no longer cost Pantheon and Vel’koz everything. Brandbulance can now heal Eclipse Cape users after the first 8 seconds of combat.

Life’s like a game of TFT. Add many small changes to consistently maintain a healthy lifestyle by balancing your personality traits or eating the Infernal Souls of your foes —now slightly less spicy.

Is that Spell product placement for a TV show airing on Netflix in the distant future?

Sometimes Grasping Roots wouldn’t branch out to enemies in its path. By slightly increasing the hitbox, Zyra’s spell should stun those in its path without a sprout.