Faker is definitely one of the best League of Legends players in the world. Sometimes, however, he too cannot cope with some champions.

Faker has tried to play 73 characters in the professional scene over the years. Some, like Azir, he liked very much – he played 90 matches with this particular hero, of which 67% of them won (data from lol.fandom.com).

It is known, however, that everyone also has heroes with whom they do not get along best, and this also applies to Faker himself, who has never liked Vladimir, so it’s safe to say that he is the weakest hero of a Korean player.

Character “on the shelf”

Faker chose Vladimir 9 times, he only managed to win 2 matches with him. In effect, this is the character where Faker has the lowest Win Rate (22%). The last time the player tried out Vladimir was in 2018. Since then, Faker has never played him at this highest professional level. Apparently, he has stated that this is not the character for him.

Faker on his private account played quite a lot with Vladimir in season 8, then he won 28 matches, lost 53. In season 9, he chose him 5 times and never managed to win. The 2020 season is just two attempts, which interestingly ended with wins. In the 2021 season, Faker didn’t even try to play as Vladimir anymore.

Vladimir is not considered the most popular character lately, and you can see it only in the statistics. 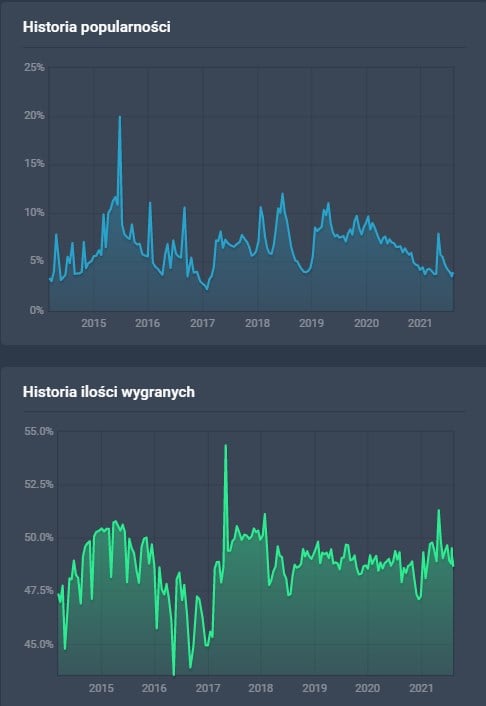 But back to Faker himself, what other heroes is he doing just as badly? After Vladimir, we have:

Then everything starts to blur. It is evident that Vladimir is the worst character Faker has tried here, and although we saw this hero relatively often on the professional stage in S10 (over 200 matches), Faker will probably not be tempted by him anymore.