The nerfs introduced in patch 11.7 didn’t really work. According to Riot’s definition, a new OP character has appeared.

Currently, League of Legends has become very predictable. At least that’s what players who see the same champions picked over and over again think. It is especially the case for Udyr and… Hecarim. In most games, unless they get banned, most likely someone will just pick them.

It is the latter, according to all the definitions published by Riot, that has the OP status. What exactly does this mean and what to expect in the next update?

Hecarim banned in over 61% of games

Today, a list of characters that will be buffed and nerfed in a future update was released. Interestingly, however, Hecarim is not there at all. Riot either wants some buffs and nerfs affecting him indirectly or doesn’t know how to approach it at the moment.

It is worth mentioning that Hecarim already got direct and indirect nerfs. In patch 11.7, there was clearly an attempt to change his power. Today – after a week – it is known that it came out rather bad.

What did Riot say last time?

“Despite our adjustments in 11.6, Hecarim’s still one hecking huge horse and it’s clear we undershot the bar. This time, we’re targeting a standout frustration: his ability to hoof it across the map, gallop into a gank, and steamroll his targets. To rein him in, we’re lowering the cap on his upfront burst and gap-closing potential.”

These nerfs also seem to be not enough. It is especially obvious in the current character stats: 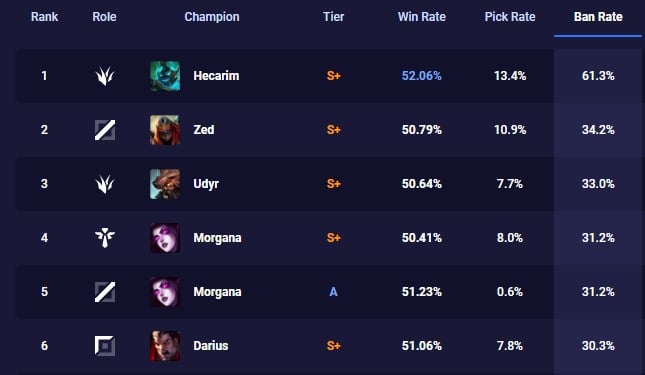 Above Platinum, the hero is banned in over 61% of games, followed by Zed with “only” around 34% ban ratio. According to the devs definition, this already means that Hecarim is OP.

A few things can be expected now. Either Riot nerfs Hecarim himself a lot in subsequent patches, or they mess with the items. In this case, players are especially concerned about Chemtank, which is the basis for the build currently recommended. 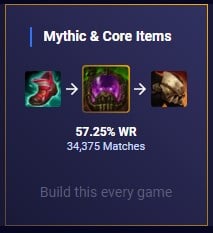 This is a very interesting case that is most popular in higher ranks, but also more and more often in the lower as well. If Riot doesn’t nerf either the item or Hecarim himself, then the next weeks will be focused on this one chartacter.​