This was to be expected from the stats of this hero.

Shaco is a character who has been in League of Legends since 2009. It would seem that a hero of this type was created only to annoy players, and you can see from their opinions that he does it at the highest level. 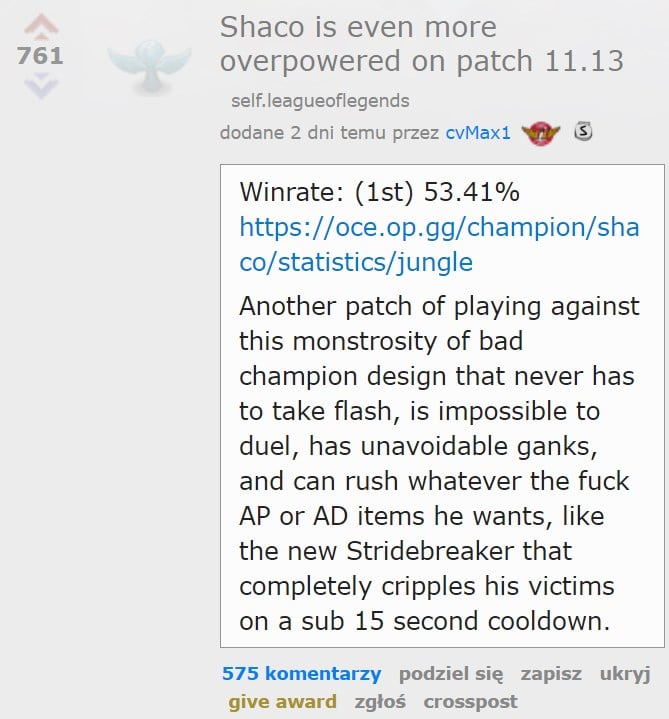 People who hate this champion have noticed that he has become even stronger than last time. How are his statistics currently? Many people think he is too OP, and apparently, Riot agrees with them.

Recently, players have noticed that Nocturne has grown much stronger and benefited heavily from the changes of one of the items (see: This item made Nocturne from League of Legends really strong). It turns out that the update mentioned had a good effect on Shaco as well, which many LoL fans do not like.

You can read a lot of opinions on the Internet that the hero has “cancerous” mechanics, so buffing him directly or through the items he builds introduces more toxicity to the game.

Before getting into the players’ opinions, however, it is worth paying attention to the current stats of the champion. 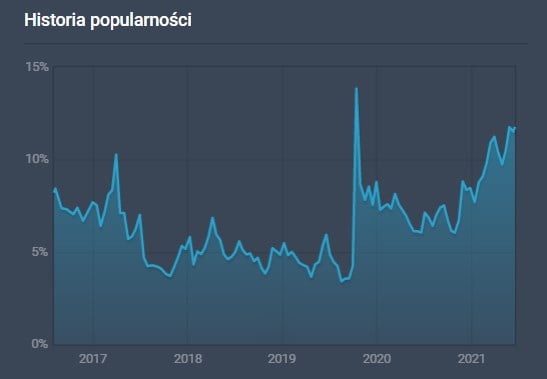 According to lolalytics.com, Shaco is currently in tier S. His dominant role is jungle (81.6% of games), while the role of support is second (16.6%).

The hero wins 53.4% of games in the Platinum + divisions. His pick rate is 8.46%, and the ban rate is 33%. The same is true for all ranks, where he is right behind Nocturn. Such statistics make Shaco one of the best junglers and characters in general. 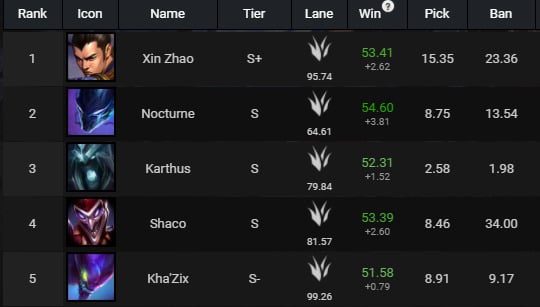 The fact that Shaco is in the top of the heroes picked on the jungle does not appeal to League of Legends players at all. They do not hide that they hate this character and would like to ban him in any game.

Another patch of playing against this monstrosity of bad champion design that never has to take flash, is impossible to duel, has unavoidable ganks, and can rush whatever the fuck AP or AD items he wants, like the new Stridebreaker that completely cripples his victims on a sub 15 second cooldown.

And you can actually see it in the banrate statistics. Shaco is currently the most banned in his history. 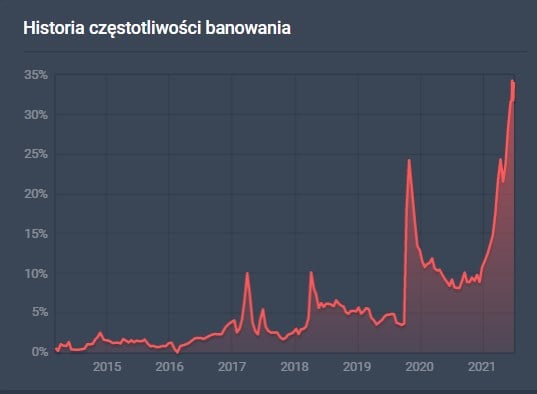 I let Shaco appear in my game twice, and it was the worst LoL experience I’ve had since the new Akali.

I didn’t ban him and today he was playing with Stridebreaker… the guy ganked me 9 TIMES WITHIN 11 MINUTES.

F***, he used that item under my turret and walked away with 90% HP. He took all my health off when I barely just teleported on the line!

My midlaner and jungler tried everything. They even went so far as to ambush for 30 seconds to try and get him, but he killed me immediately before they could react.

If it were any other hero, I wouldn’t be so angry, but his play pattern is so horribly cancerous. Of course, then he says “GG EZ” and tells me to uninstall the game because he thinks I’m garbage.

With so many negative reviews, it’s no surprise that Riot made the decision about nerfs. On the other hand, currently, no character has a chance to stand out from the others, because after a few days they are nerfed.