This is definitely one of the most uncomfortable things that happened to someone while playing LoL.

Imagine that you play LoL and from time to time something moves in your headphones, right next to your ear. Incredibly unpleasant situation. The first time, the second time, you’d think it was some cat hair or whatever.

And he was definitely right

The streamer has repeatedly said that something is wrong with his headphones. He hears some strange sounds in them, finally he felt something move within them. If you are at school, we add clips without any sounds and those with sound.

You can’t hear it, which is pretty obvious, but … It’s so … My skin … (throws the headphones at this point) What the hell, no, I felt … No, I’m not wearing them, something is there, like some spider or something.

True to his words, the streamer has not put on his headphones anymore. Instead, he simply took them apart after the game. He was right when he said there was something clearly inside.

The bug just got out of the headphones and started running around the desk. A lot of people would just throw these headphones away after something like this. 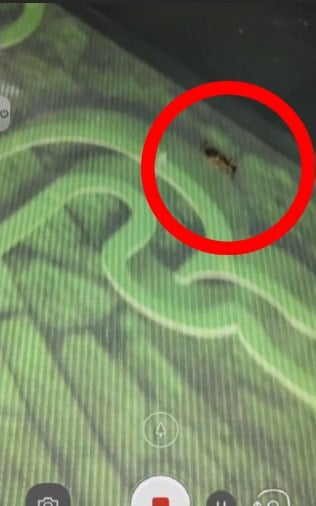 Check your headphones every now and then, you never know what’s lurking inside.