Losing LP for playing normal? As you can see, it is possible.

In League of Legends, we don’t just have to play seriously on the assumption that we have to win a game. We can also play with friends on norms or test new characters there.

Accordingly, such games do not count towards our ranking and do not affect the rank we have earned by playing the ranking games. However, it turns out that this player lost LP by skipping the ranked queue. How did this happen?

READ MORE
The solution to the mages problem in LoL is the fountain buff. How is it supposed to work?

Although most players mainly spend their free time on rankeds and LP grinding, there are also people who just want to play, enjoy the game, and test new characters. They then choose the normal mode and do not worry about losing their position in the ranking.

This didn’t work for Reddit user outoftheshowerahri. He claims to have received a message about the loss of LP 9 after normal. He also added a screenshot: 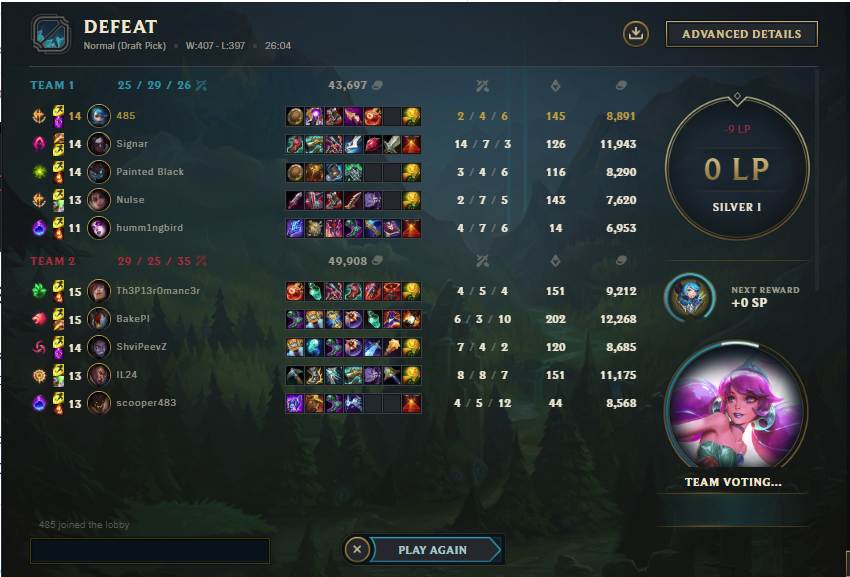 However, this is probably just a visual error and the client’s “spaghetti code”. In fact, it showed points for the previous game in which the player skipped the stats. A similar example may be a bug that causes us to log into someone else’s account after a match and we can report ourselves.

The community does not take it seriously, however, and laughs at Riot that players will now “tryhard” on normal games to deprive unsuspecting opponents of their valuable ranking points.