AP Zac became very popular after a player submitted a video of him.

Zac, aka Zaun Amorphous Combatant, is the hero who appeared on Summoner’s Rift on March 29, 2013. Initially, he was considered a really innovative character, because he was able to surprise opponents with spectacular jumps through walls. The champion was usually built for a tank to take a large amount of damage in team fights while also applying a crowd control effect to his enemies.

However, not everyone likes to build him this way, because such a build can seem boring. A player with the nickname WolfiousYT decided to approach the hero in a different way. The video with his participation took the internet by storm. What is going on?

It has been known for a long time that some LoL characters work in a fun way when you go to full AP with them. We don’t have to look too hard, the perfect example is the Malphite, who is supposed to be a tank that can take huge amounts of damage, but when built as a mage, he can kill enemies in a fraction of a second.

It’s similar with Zac, but building him for AP isn’t as popular as it was for Malphite. While the latter will not surprise anyone, Zac who is a mage can mess up a lot, which by the way looks quite funny.

It was perfectly presented by YouTuber Wolfious, who posted a video with Zac in the lead role on Reddit. The clip has a humorous tone and presents the various situations in which Zac crushes his enemies. The author also lists recommended items for this build, as well as a set of runes.

What items should you build? 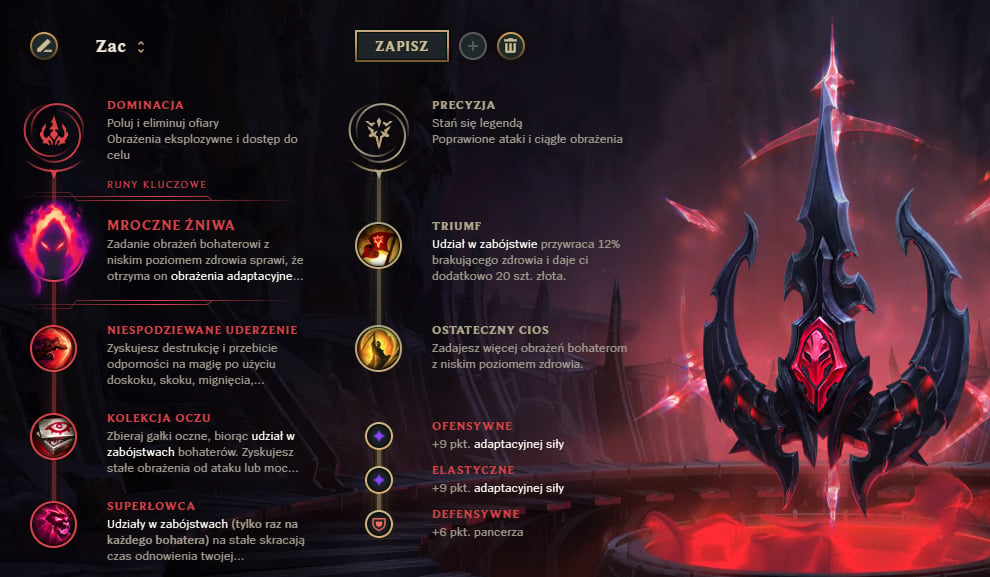 The creator of the video admitted that building Zac with full AP will not always be the best choice and you should adapt your build to the situation. Still, he says this type of tactic is worth trying because it’s really fun to play like this.

Since Zac is usually a tank, enemies won’t suspect he will deal insane amounts of damage by jumping into them by surprise.

Thanks to this build, the player has the opportunity to watch as the jumping Zac breaks the opponents’ HP bars to zero in the blink of an eye. However, it should be remembered that the hero will also be easy to kill.