One of the fans created a project to update one of the LoL champions.

Singed appeared on Summoner’s Rift on April 18, 2009, over 12 years ago. Today, practically everyone knows him, although it cannot be said that the character is particularly popular. Although the hero has his devoted fans, he is far from being a top champion.

Over the years Singed has gotten old and some say he could use a rework, if not full, then at least visual.

As Riot is currently working on something else, fans decided to take matters into their own hands. This is how the fan concept of Singed’s update was born. How was it?

Raymond Yu, also known as Sheepsake, posted Singed’s recent rework on his profile. The creator prepared the appearance of the champion in the game, carefully drew his outfit and all attributes, wrote out the updated skills (along with the attached picture), and prepared a few sketches referring to the character’s plot.

As you can see – the fan concept gives the hero more character. There are scars on his face referring to the events of the lore. The whole design becomes more serious and more elaborate. Signed is no longer an ordinary person – you can see that his legs have been replaced by prostheses. The same happened with the right hand – Singed has a mechanical hand instead.

It is easy to notice that the author wanted to improve the character and better reflect his story. According to many, Singed’s current appearance is very “polite”. 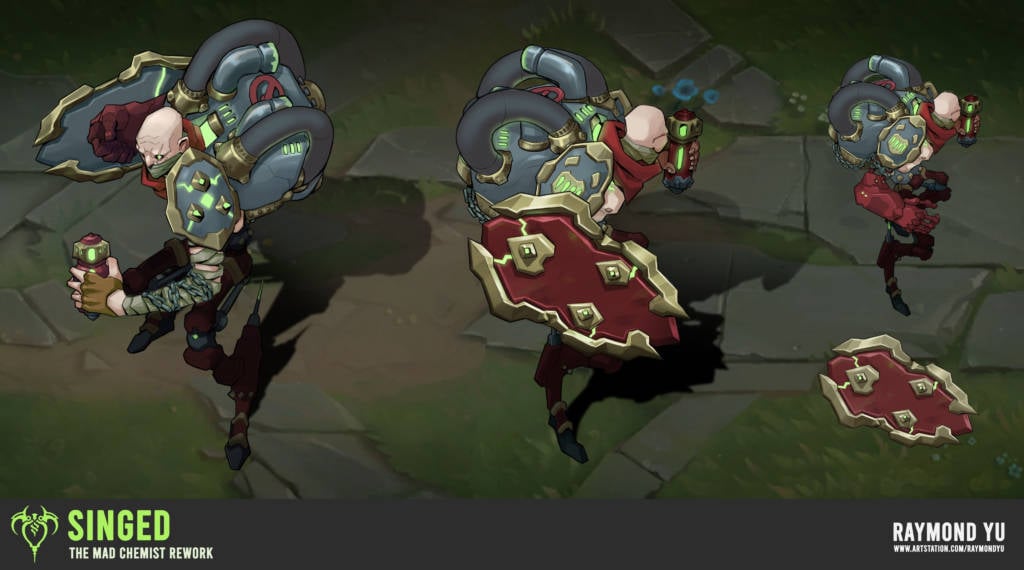 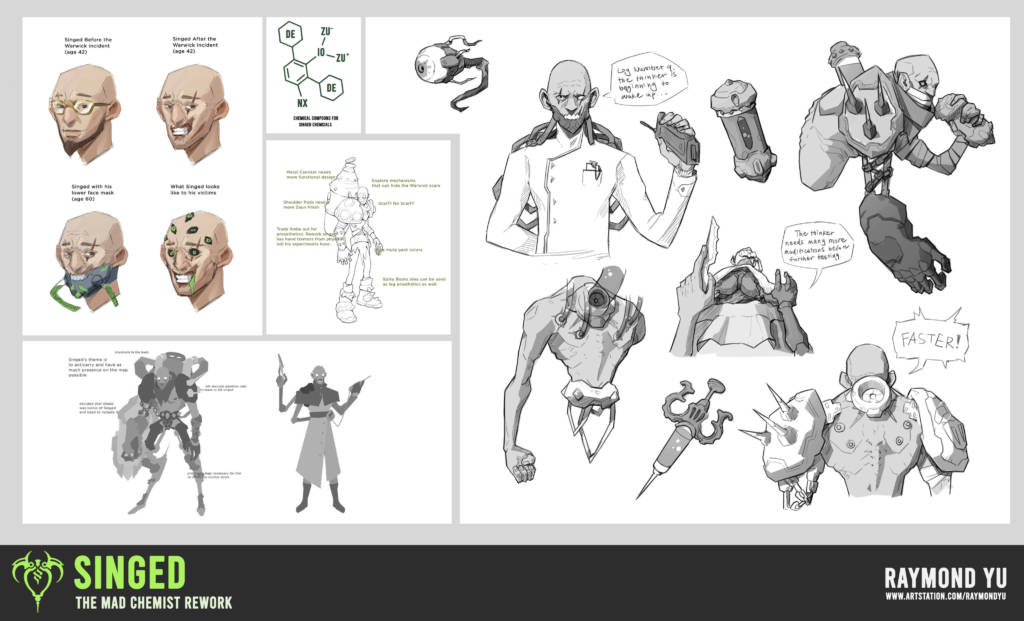 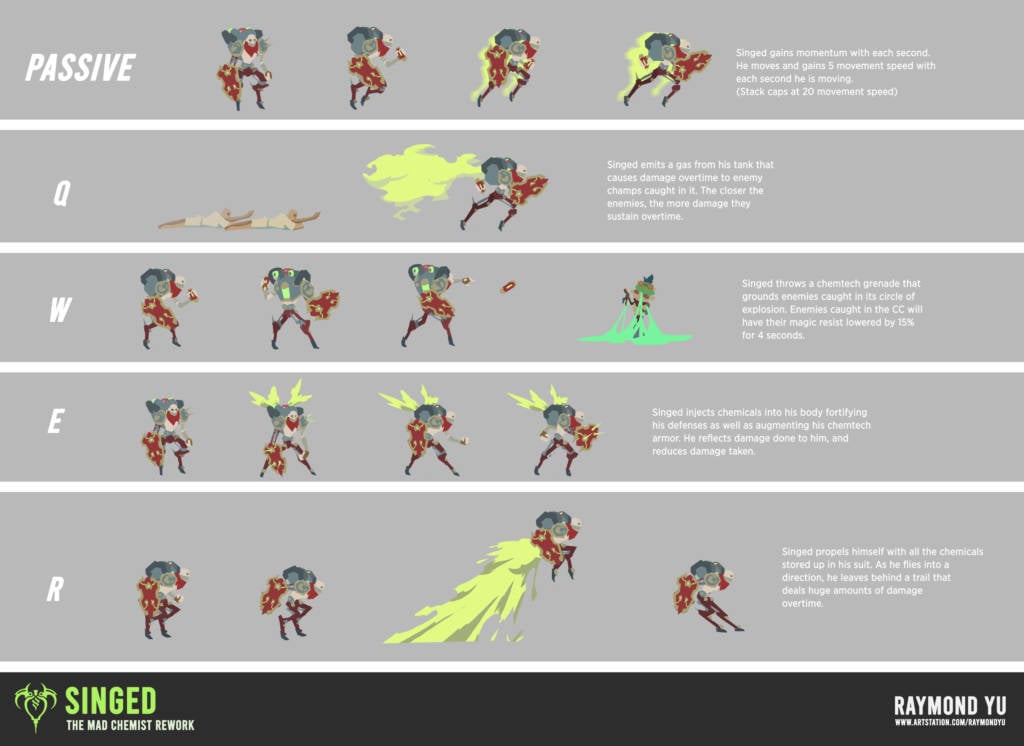 It is worth mentioning that the developer has several other League of Legends projects to his credit. Among them, you can find concepts of fan heroes, such as, for example, Fashfel: The Memory of Icathia.