One player today boasted of breaking the all-time record for NA, and it looks like it was also a one for the whole world.

Players climb to the top of their abilities. Various regions are now fighting fiercely for the title of the best in terms of the number of LPs. Several hours ago, Yongin Jo, the support team for Team Liquid, set a new record. 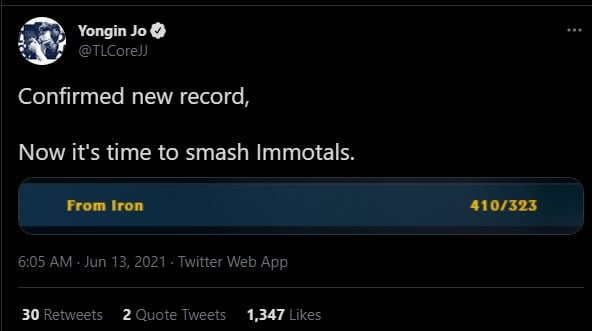 Currently, however, it has been beaten in the overall ranking. What is it like for the whole world? Who currently has the most LP?

Who has the most LP in LoL?

CoreJJ on Twitter boasted the LP score of 1,751 and in fact, this is a record high for the NA region. Reddit noticed this. 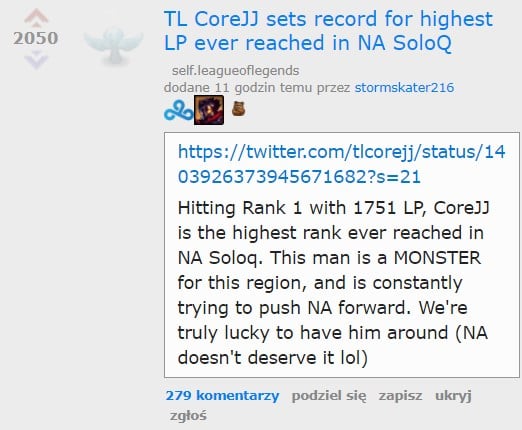 For years, there has been a perception that Korea is the strongest region, and in this case it was actually true for a while. CoreJJ was TOP and although we are talking about the NA region, the player himself is Korean.

In any case, his 1751LP score has already been beaten by a Brazilian player by one point. At this moment, Brazil has the most players with the highest LP. There are as many as 6 players from this region in the TOP 10. Europe has its representative only in 20th place. 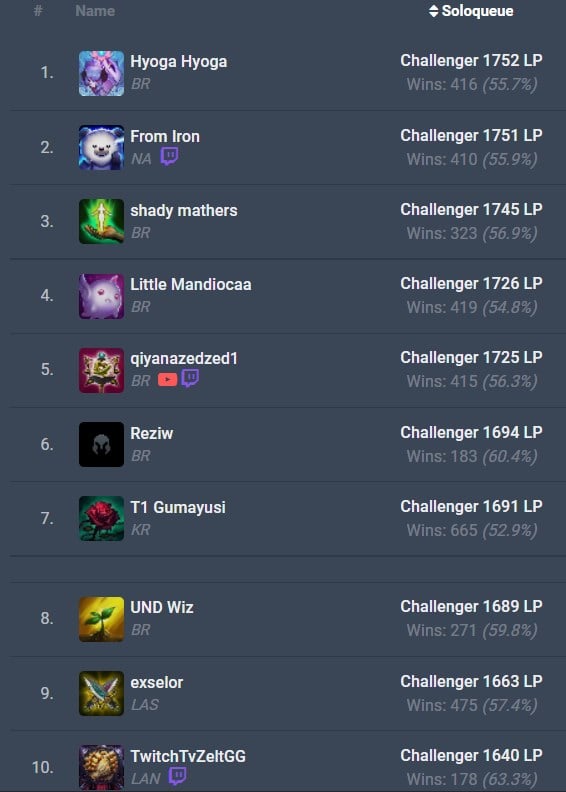 The highest is a player from the EUNE region with the nickname “I am Sobek”, he is of course TOP 1 EUNE. Then nothing for a long time and another player from EUNE – Necromartin on the 29th place. Interestingly, the EUW is really average here. EUNE has several players in the TOP 50:

The EUW, on the other hand, is only in 61st place. So it can be said that in this respect EUNE beats the EUW.