LoL players have found a bug where two of the same champions can be in the same team.

Recently, in one of the official entries, Riot shared some relevant information regarding the hero matchmaking systems work in ARAM mode.

Everyone knows that in each game in this mode, the heroes cannot repeat themselves and a character who was picked in one team cannot be drawn in another. However, since Update 11.8, something went seriously wrong.

Two Varuses in one team?

First, it’s worth taking a look at how the matchmaking system in All Random All Mid (ARAM) really works. Everything was well described by Riot Mojibake, the Senior Software Engineer at Riot Games.

The logic for ARAM’s Champ Select is in a service we call TeamBuilder. The TeamBuilder server knows what champ every player has rolled, what’s on the bench, etc., for both teams. TeamBuilder prevents any player from rolling a champion that someone else has rolled.

The League client’s Champ Select UI obediently gives you the champion that TeamBuilder tells it to give you. And when you click “Reroll,” the client tells TeamBuilder that you requested a reroll. TeamBuilder determines what champ you rolled, and tells the client, which displays it to you.

In other words, the whole Champ Select process is server-authoritative. TeamBuilder is in charge. And every roll, reroll, trade, bench swap, and lock-in is transactional. That means it is impossible for two players to, say, reroll the same champion at the same time; TeamBuilder will carefully process one reroll, then the other.

However, as of Update 11.8, players may find it is perfectly possible to have the same champions. The Moondrei player posted a screenshot that shows a game where two Teemos are on one team. 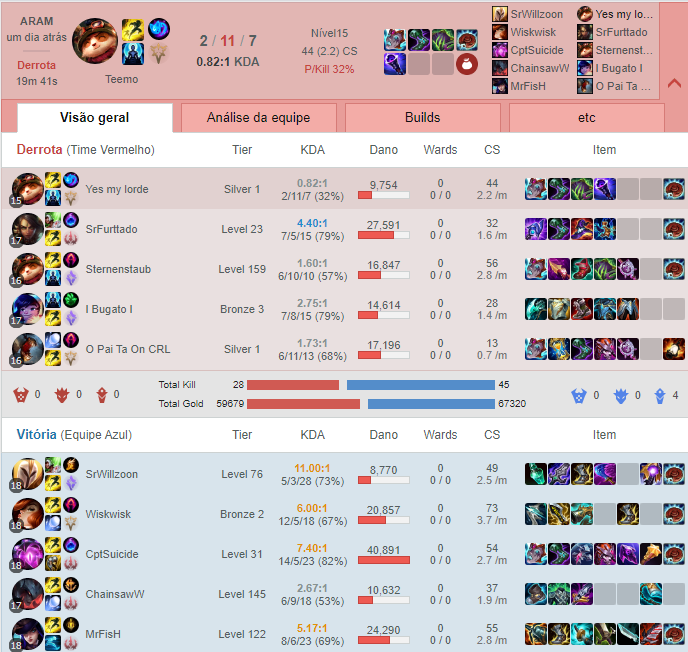 Although the situation seems unbelievable at first glance, the popular Youtuber, known for his videos in which he shows numerous errors from the League of Legends gameplay, decided to take a look at the matter. Vandiril quickly found another game in which it was possible to meet two Varuses.

At the moment, it is not known what causes this problem, and Riot itself has not addressed it in any way. Player speculations fall on numerous visual updates of the mode that could mess up the code.