A bug that can lead to a loss.

There is now a completely new mode on the official League of Legends servers, called Ultimate Spellbook. We can only choose one Summoner Spell and replace the other with another hero’s ultimate.

However, as it turns out if each of our allies decides to go to the jungle, winning the game will be difficult. It’s all because of this weird error in the client.

READ MORE
Here, while playing LoL, you will not be able to write “DOTA” in the chat, the game is blacklisted for forbidden words

Everyone in the jungle

There are a lot of bugs in League of Legends, especially with the game client. They are also included in the latest work of Riot – the Ultimate Spellbook mode. Although we are normally only able to choose two positions, if 4 allies join our lobby, the roles will no longer matter and everyone will be able to choose one line.

The developers assumed that in such a situation the players would choose lines between themselves, which is not unusual and usually is not a problem. However, it appears when it comes to the new mode. It turns out that if we all decide to go to the jungle, no one on our team will be able to take a Summoner Spell other than… Smite. 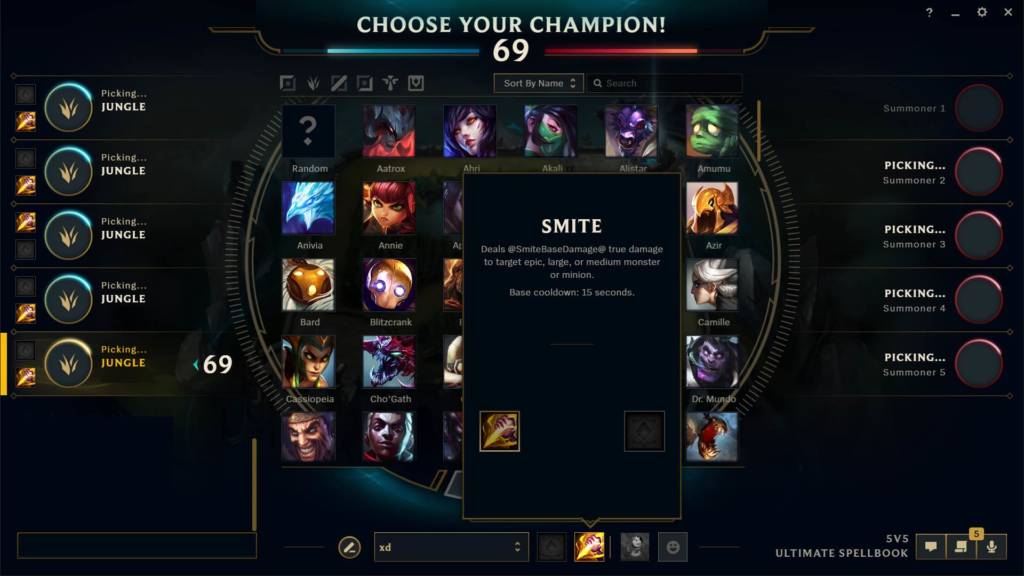 It is probably a precaution so that the jungler does not accidentally take Flash, hoping that he will choose Smite as the second spell. As it turns out, it can lead to a situation where everyone will be forced to play with Smite and will not be able to choose anything else.